Skip Matheny— currently a songwriter in the band Roman Candle and former bartender in a retirement community — caught up with Billy Bragg before a recent show in Nashville, Tennessee. This interview took place at Fido and all photos are by Will Holland.

Billy Bragg’s newest album Tooth & Nail is out now and he’s playing tonight at 3rd and Lindsley with Rosanne Cash, and Richard Thompson as part of the Americana Music Fest. 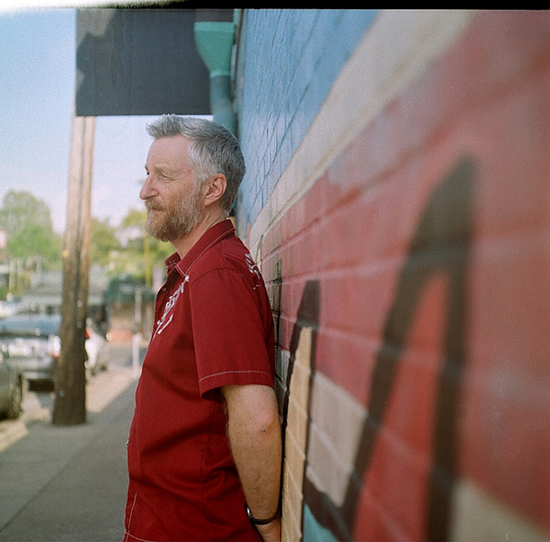 My favorite drink is probably a cappuccino. It’s what I rely on. If I don’t get one in the morning I am a grumpy old sod. At home I have a machine. I get up, I shower, go straight to the machine, run down to Billy’s, buy a newspaper. If anyone talks to me before I get my coffee, I can be a bit of a grizzly old bear. And I need another one about now (laughs) which is why we are sitting in this coffee shop. I like a drink, I like a beer. I enjoy a Pacifico, when I can find one. I’m not a huge beer drinker. A couple after the show. Every now and then me and my Missus might do some cocktails somewhere. Generally though, everyday my most regular is cappuccino. I don’t even drink tea much anymore.

When you sit down to write now, do you only write when you are struck by the muse? Or do you write everyday as a habit?

When I’m struck with the muse or when I’ve got to do some recording. I’m just not so urgent as I used to be about it. Because I am a topical songwriter, if something happens, I will write a song about it. I will record it as quick as I can and put it for free download on the internet.

Like the phone hacking scandal in 2011 with Rupert Murdoch in the UK ?

Exactly. [Like the song] “Never Buy The Sun.” Exactly. For me as a topical songwriter that’s brilliant. During the Miner’s Strike in 1984, I wrote a song called “Between the Wars.” By the time we got it into the shops, the strike had ended. The whole process was so slow back then. “Never Buy the Sun,” I wrote it on a Friday, debuted it Saturday, got a video up of me singing it Sunday. [Recorded it] Monday, mixed it on a Tuesday, free download on Wednesday. On Thursday Rupert Murdoch appeared before Parliament. So for a topical songwriter, it’s brilliant. An effect of that though, is that it means when I come to make a new album, I’ve got mostly songs that are more personal, because I’ve used up [the others]. I’ve put like five songs up for free download, which is great for a songwriter, because it connects with people, keeps you in there, and you haven’t got the whim of the record company deciding when you put something out. Having said that, the new album is just more personal songs because that’s what I’ve got. I’ve got songs of a — a deep emotion. And I’m kind of cool with that. I kind of like that. Because I think this album [Tooth & Nail] is probably the most reflective I’ve made since the 80’s when, after Red Wedge failed to unseat Thatcher I made quite a reflective album in Worker’s Playtime. And I think this is quite reflective as well, and at 55, it kind of should be I think.

When I was getting ready for our chat I read somewhere you talking about how your mother had recently passed away, and how that event had influenced the making this record. For you as a writer, how close to the surface are these things, which can be profoundly personal? A song like “Goodbye, Goodbye” for example, could fit all kinds of contexts, or it could reflect a very specific situation.

I’d prefer to keep it that way. I actually wrote that before my mum passed away. I mean the album isn’t about Mum passing, but it’s — it’s the thing I did to move on, if you can get that. There’s a lot of thought about it in there, but I wouldn’t say it’s about Mum. “January Song” has that sort of vibe in it, but it’s more about starting anew and re-committing yourself. So after Mum passed away, and me and my brother sorted out her house and everything. We’d got my nephew moved in. And I am thinking all about that stuff. And thinking to myself, “I need to do something. There is a void here, and I need to do something.” And so the album, ringing [producer] Joe Henry, became the thing. Getting on the phone and saying to Joe, “You know what you were saying about making an album in 5 days? Let’s do it.”

And also the fact that it was my money. Because, I’ve got loads of fans. And I just came out of Australia, did a sellout tour, added five shows. Sold out. So people out there want to hear what I’m doing, but do they want to buy a record? I don’t know. I don’t know, with the state the music industry’s in. So to commit to making a record is a big deal. To climb that particular mountain. It’s a large investment in both blood and treasure. But I felt that’s what I needed to do. That was the thing I needed to do in 2012, was to re-engage with the industry. That was the next thing to do.

So having come to that conclusion, since then, its been trying to work out how to do that. It’s why I am sitting here now in Nashville. It’s why I am talking with you. It’s all part of the process of moving on. When this is over, maybe in a year’s time or 18 months if we have a good run with the album, I’ll think about where I am then and I will work out what I am to do next. But as a way of helping me to deal with Mum passing, in that sense it’s been very — therapeutic, to get involved with it, to get out there. 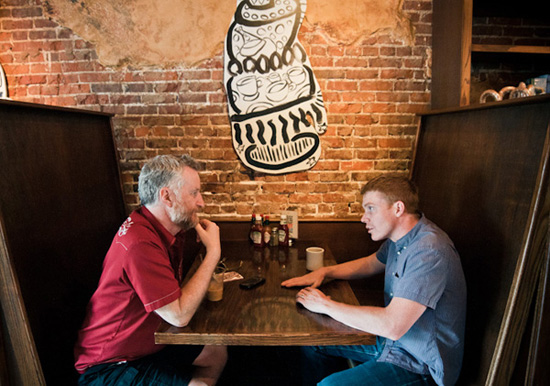 One of my favorite novelists Walker Percy used to say that what made him initially sit down to write, often, was disagreeing with something or someone. How much of that has played into your writing, over the years?

Some of us, whether we are novelists or journalists or songwriters, we have a different perspective that we are compelled to articulate. Compelled. Not just doing it as a job. Back in the day, there was no Facebook or blog to do that. So for me, coming from a working class background, leaving school at 16, the only way I had to articulate my perspective was to learn to play guitar and make it talk. So I am trying to give you a different perspective on politics? Sure. But also on relationships. Relationships and how to deal with them. On a song like “Tank Park Salute” how to deal with the death of a loved one. I think people need a different perspective on that. So I am not really a political songwriter, I am a dissenting songwriter. I’ve got another opinion.

Last year —  this is a good songwriting story actually — the BBC made a live radio program on the anniversary of the sinking of the Titanic. And they asked me if I wanted to take part in this event. It was on the day the Titanic sunk, it was going to be live, over the period it took to sink. They had a little string section and singers coming in, to either sing songs about the Titanic, songs from the repertoire of the band on the Titanic, or I could write a song they said. So I thought to myself, “How could you possibly write a song about the Titanic that doesn’t have Celine Dion breathing down your neck?” And then I thought to myself, you never hear anything about the journey that the iceberg was on.

So I got back to the guy and said “This may sound a bit odd but would you be interested in a song from the iceberg’s perspective?” And he said “Wow that is interesting.” So I said “Give me a couple of days and let me see if I can hit something.” So I wrote this song of the iceberg, about the iceberg starting out as dew and being rainwater, and being snow, and being ice for over a million year period. And one day, being in the water and being carried on its journey, it doesn’t even notice the Titanic. Anyway, the DJ who was the host, Jeremy Vine, played it on his show. And people loved it and it’s going to be my record day release. It’s called “No One Knows Nothing Anymore / Song of the Iceberg.” But the reason I am telling you this story is, there’s the justification for making any piece of art or any contribution, an angle that isn’t covered. I use it as an example. That’s my M.O. to try and do that, to give another perspective.

When you are writing under a deadline, or in general, can you write anywhere? Do you need to be somewhere quiet generally? Or does it matter?

If I get a tune that’s a really good tune somewhere, I will sing it into my iphone. Or an idea for a lyric, I’ll put it on the iPhone. I wrote “Never Buy the Sun” lyrically in traffic on the M6 going north on my iPhone. It was the first weekend of summer break. There was a lot of traffic — kept stopping. It was the day after Murdoch had said he was going to close the news of the world, so it was all on talk radio. “Handyman Blues” from the new album was on my iphone as a tune, with me whistling that dobro riff (whistles), and I had compiled [all my ideas], on a three hour drive to the airport to go to Joes. And I’m just reviewing what ideas I’ve got in the cab on the way to the airport. That comes on, I write the lyrics in about 20 minutes in the cab. Just write them out. Get to the hotel in Pasadena. I was there for a couple days [before recording] getting my head together, and I wrote it like that (snaps finger). I find when I get in the zone, I can just bang bang bang. I can just write. 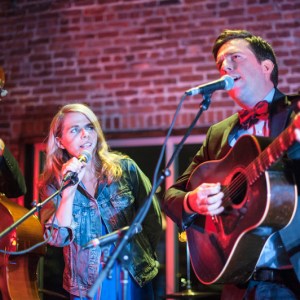 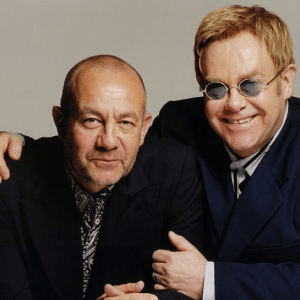