Songwriters just know when a song is special. It’s a gut feeling. “That feeling doesn’t come often,” offers Dustin Lynch. With his song “Thinking ‘Bout You,” co-written with Andy Albert, Hunter Phelps, and Will Weatherly, the feeling in the writer’s room was electric.

“As a songwriter, one thing I’ve learned and observed through the years is no matter how successful a songwriter or artist is, they just continue to show up for work,” Lynch tells American Songwriter over a recent Zoom call. “You have to put in the work to find those special moments. We wrote this song and knew it was special right away. As we got into the demo recording process, it shined and raised its hand.”

Originally, Lynch enlisted powerhouse Lauren Alaina as his duet partner and recorded the song on his 2020 studio record, Tullahoma. But something kept pulling him back in. So he set about holding blind auditions to revamp the song for a brand new single release. “We submitted to the Nashville community of artists, and we got several submissions,” he says. “But I wanted to make sure I wasn’t persuaded based on the name, look, or camp. I had submissions numbered in a folder. I didn’t know who was who.”

On first instinct, Lynch gravitated toward a submission that totally blew him away. “I lived with it for a couple weeks and kept going back to it,” he says. The artist in question is a young woman named MacKenzie Porter—you may have heard of her. She scored three back-to-back No. 1 hit singles on Canadian country radio, the first woman to do so since Shania Twain in 1998, recently snagged an Album of the Year nomination for Drinkin’ Songs: The Collection at the 2021 Juno Awards, and was named a member of the CMT Next Women of Country, Class of 2021.

Lynch continues, “There’s something very unique and accessible about her vocals. I say accessible—it has a unique tone but it feels very approachable to me. I think a lot of girls will be able to sing along with her. I think We found another superstar.”

Porter, already very familiar with the original version, jumped at the chance to audition. “I knew it was going to be the next single, so it was going to be a big opportunity. I learned the song in a day, and we cut the vocal two days later,” she says over a separate call. With her producer Joey Moi (Jake Owen, Florida Georgia Line), she laid out her vocal take and submitted her entry.

As suspected, plenty of time passed before she heard anything back. “One day, Dustin followed me on Instagram. I screenshotted it to my team and said, ‘This is a good sign, right?’ A couple days later, I got a call from him,” she recalls.

Stepping into Alaina’s shoes, of course, was a tall order. “That was a tricky thing. Obviously, I had to do the same melody, specifically in the verse, since that’s how the song is written. I stayed pretty strict to the melody,” says Porter, whose huskier tone contrasts against Alaina’s silkier one. “Obviously, I switched up the ad libs quite a bit in the last chorus. Our voices are totally different. She has a big, belting voice, and mine is more textured, breathier. I knew no matter what I did, it was never going to sound like her; and she’d never sound like me.”

Lynch is no stranger to collaborating with women, and Porter finds his willingness to use his platform pretty “inspiring,” she reflects. “We did an interview the other day, and they asked him about success and what it means. I think success is being in a place where you can help younger artists or newer artists by getting them in on your thing. And you can change someone’s life. I’m really grateful that he was open to a newer artist being on this and helping my career.”

The accompanying music video (above), directed by Justin Nolan Key (Lindsay Ell, Ryan Hurd), offers up a dreamy representation of a past love. “Justin wanted to take it back to the Hitchock days where you can tell it’s not real. It allowed us to make the video more of a memory and a flashback, rather than going back to the literal ‘let’s ride around a small town and go to the Circle K.’ We were able to jump and lighten it up a little bit, make it airier,” says Lynch “There’s something about memories. I think back on the memories this song is about. You remember all the good times. Even though the relationship didn’t work out, and who knows where that person is, you remember the highlights and high times. I think that’s what we captured in this video.”

As Porter remembers it, she shot her scenes first. “I had the whole front half of the day to shoot, and Dustin was there watching. I remember thinking, ‘Dang, this is so nerve-wracking.’ It’s his baby, and he’s including me in it,” she says. “I just wanted to make him happy. Good thing is, I’m an actress, so I feel pretty comfortable in front of a camera. Justin was really amazing. It was my first time working with him, and it turned out really cool.”

With “Thinking ‘Bout You” under his belt, Lynch has more musical tricks up his sleeve this year, both in features and songwriting credits. He will also “hopefully put a bow on the next album this year. I’m wondering if I’ve scheduled myself too harshly going into us cranking back up,” he says with a laugh.

Meanwhile, Porter expects to hit the studio in April or May to record her next EP. “I think I’ve written my whole next EP over Zoom. You had to find ways to be creative last year. That was the only option,” she says. 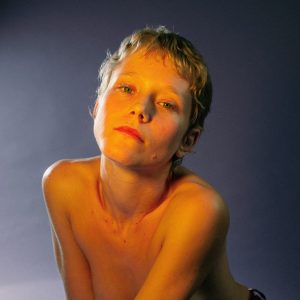 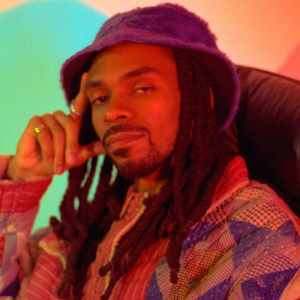