“There’s not much music in my family,” 15-year-old Nora Brown tells American Songwriter about her second full-length album, Sidetrack My Engine.

Released September 24 via Jalopy Records, the seven-track A/B side collection follows Brown’s debut LP, Cinnamon Tree which Brown released at age 13. The Alice Gerrard-produced album sold out of its vinyl pressing after it debuted in the Top 10 of Billboard’s Bluegrass Chart. Sidetrack My Engine sees the Brooklyn-born and bred virtuoso purveying old-time music traditions through the dynamic lens of a modern generation.

Mentored by folklorist/filmmaker/New Lost City Rambler John Cohen and the nurturing Jalopy Theater/Brooklyn Folk Fest scene, Brown got her start playing the ukulele as a small child. Her striking talent by age 6 led her parents to Shlomo Pestcoe, who took a young Brown under his veteran wing. Throughout years of lessons in his Brooklyn studio, Pestcoe instilled a deep reverence for ancient music traditions into an urban-raised kid with no tangible connection to Appalachia. Of all of the lessons he passed, Pestcoe’s lasting lesson is the idea that music should never be played alone.

“A big value of his was sharing music,” Brown says. “And Shlomo would have us play these recital-like things, which he called a hootenanny. So I ended up playing performing from a young age. It wasn’t solo, obviously, because I was so little, but I would play with a big group and slowly got accustomed to being on stage.”

Overcoming stage freight so early lent itself well to her already broad career as a music artist. More so than building confidence, these ‘hootenannies’ taught Brown how to interact with people on stage, playing with them in real-time. “I learned it was not a scary thing to perform, and that it was important to share music,” she says.

Pestcoe passed the same year Brown began to play the banjo. The first time she played the banjo “for real” was at her late teacher’s memorial service. At that point, she had only nailed down the basics, so out of necessity she sought out other teachers in the Brooklyn area to learn the technique of the claw hammer banjo. From there, the instrumentalist expanded her bounds, learning from everyone she could until she began teaching lessons herself.

Sidetrack My Engine is both a reverent nod to deeply-rooted ole-time traditions, and an exhibit of sonic heirlooms carefully amended to meet a modern moment with vintage elegance.

“Often it’s people who didn’t grow up with traditional music, myself included, that are the most protective, or sticklers about doing everything like it was done before,” says Brown. “I think that’s interesting because when people didn’t grow up with the music, they feel like to make it more personal, they have to guard it in a way but also pretend to have extensive knowledge on something that maybe they don’t, or maybe they don’t really know the true values of it. But protecting this tradition is what makes people feel close to you. And I feel like that sometimes I do that, but not always.”

Brown learned the opening tune—”8th of January,” featuring Jackson Lynch—from an archival recording of the great African American banjo and fiddle duet, Frazier and Patterson. The fiddle-driven entrance track commemorates the pivotal Battle of New Orleans in the War of 1812. As the torchbearer of historic etchings like these, Brown follows close to the song as it was originally performed here.

The young artist exhibits expressive vocals in “Frankie and Albert,” taking a page out of contemporary Eastern Kentucky banjo player, John Haywood’s book, having learned the song from him in person. But in songs like “The Very Day I’m Gone,” which comes from another Eastern Kentucky traditionalist, Addie Graham, Brown respectfully stamps the song with her own artistry. From its ancient roots, Brown diligently fills in the gaps with neo-traditional stylings.

“I do think that there are some attributes of traditional music that I appreciate and value and think that should be shared,” she says. This is not to say that I don’t respect or value the traditions, I completely do. But I also don’t think that there should be judgment or this ‘do it the right way, or like don’t do it at all’ kinda thing.”

Recorded in mono, live to tape in a large 19th century vaulted stone cellar, below the streets of Brooklyn, Sidetrack My Engine sees Brown pushing boundaries in an unexpected, non-controlled studio setting. Brown tracked her songs on an Ampex tape machine using vintage RCA ribbon mics. Arched ceilings and untamed echoes led to some unexpected issues on the tapes. But after sifting through the material, tampering with a few sounds, and smoothing out others, Brown delivers a raw, yet elevated album.

“I think that the unique space and the unique equipment, although it was tricky to work with, it was that same situation, which made the recording so special,” says Brown. “And I think that even though it was a very long and drawn-out process, and the results are maybe not what I had in mind at the beginning of the project, I think they’re really cool. And I’m excited to release them on a 10-inch vinyl—which is kind of an ode to kind of early recording days when that type of equipment and that size of records was being released.”

The album is available via digital download and on 10” white vinyl in a signed and numbered first edition with liner notes booklet, letterpress download card, and custom printed 100% recycled chipboard jackets with art drawn by Brown. 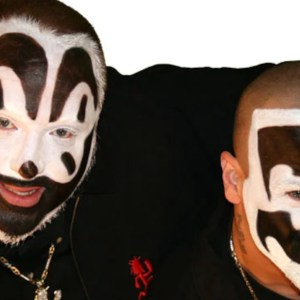 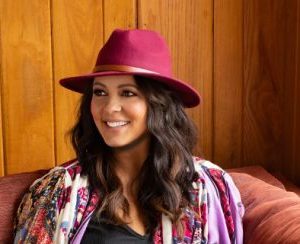