A new romance can rip through you unexpectedly. You’ll feel all manner of things and never be able to quite define it. Alt-pop singer-songwriter DYLYN (born Gwendolyn Lewis) braids together inescapable and overwhelming emotions, from intense affection to the frantically tragic, with a venomous irreverence on her new song. “Let You,” premiering today, lauds a budding relationship as thrilling and life-affirming, while also expressing the entanglement of fear and uncertainty.

“I knew it wouldn’t be easy when I met you / And I tried like hell to forget you,” she snarls over a bed of sinister, rhythmic production. “But I was under your spell and your voodoo / I’ll never be the same.”

Gagged and hypnotized, DYLYN is in love with no way out. A relationship’s first few months can truly be the most intoxicating. “When you first feel that glimmer of falling for someone, it can feel strong, wild, emotional, dark, lovely ─ all in one millisecond,” she tells American Songwriter over email. “You can see yourself with that person; you look to the future, and you cherish the moments spent with them.”

The music video, directed by Boden Jett and co-starring Cole Munden, combs through dark and twisted cinema, namely “Pulp Fiction” and “Natural Born Killers,” as well as camera-drenching bloodbaths found in most retro-slashers. “[This song] captures the ride of those first few months. The discovery of a new love is the best part of it all. [And the video] encapsulates the wild ride of love and bending the journey with danger, darkness, and falling off the deep end.”

“Rip me apart, you know that’ll let you / Tear through my heart,  don’t care ’cause i want to / Take this love too far / You know that’ll let you,” DYLYN wails on the chorus. Such macabre storytelling pairs nicely against the video’s erratic and moody cinematography, courtesy of filmmaker Jacob McCabe. The visual, featuring a disturbing climax, also stars James Lewis, Dalton Risk, and Noelle Ochocinski.

DYLYN, formerly known as Guinevere, underwent a personal and creative rebirth. During a particularly emotional period of heavy loss, the performer, who once toured with Nick Carter and Jesse McCartney, as a more expected, flashy pop star, Lewis quickly realized how inauthentic and terribly unhealthy it all became. As such, she backed away from the spotlight to reassess her life and the work. She soon shed expectations and any conventions, recentering herself to find passion for music again.

The Toronto native reemerged with 2018’s Sauvignon and a Kimono. It was evident then that a renaissance was happening. Now, with a slew of fresh singles in her arsenal, including this summer’s “Call Me What You Want” and “Let You,” DYLYN eyes the next chapter of her story. A brand new EP, Make It Naked, is slated for 2021 and features key collaborators Colin Munroe and Mother Mother’s Ryan Guldemond.

Watch “Let You” below. 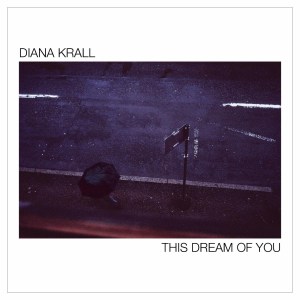 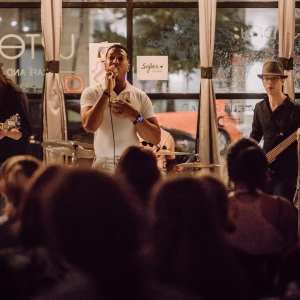