Eddie Montgomery knows a good bar when he sees one. And as far as he is concerned, Springwater Superclub and Lounge is one of the best.

“If the walls could talk in there, there is no telling what they would say, and even then, you probably couldn’t print it,” Montgomery laughs that hearty, characteristic laugh that fans have loved since the early days of Montgomery Gentry. “Supposedly, I reckon (John) Dillinger and (Al) Capone have been through there. It’s a pretty wild place. It’s unreal to see a club that has that kind of history. Springwater is the real deal.”

And yes, that’s why Montgomery says he was thrilled when Springwater Suberclub and Lounge was picked as the setting for his new, Ed Pryor-directed music video for his current single “Crazies Welcome” off of Montgomery Gentry’s 2018 album Here’s to You. Known as the oldest bar serving alcohol in Tennessee, the establishment serves as quite the setting for the video that was filmed in a matter of a few days and documented in a behind the scenes video now premiering exclusively on American Songwriter.

“Videos have never bothered me at all,” says Montgomery, who joins a series of actors in the video singing karaoke to “Crazies Welcome.” “I’ve always kind of like piddling around with them and see how stupid I can look in them. I think I look stupid in all of them. (Laughs.) I mean, I ain’t no pretty boy.”

And within the lyrics of “Crazies Welcome,” a song written by Brad Warren, Brett Warren, Lance Miller and Jessi Alexander,  Montgomery sings about some of those pretty boys trying their best to secure a place in country music history.

Got enough pretty, perfect, shiny in this town

Got enough good enough to go around

“You see a lot of these guys come out these days,” says Montgomery, “I mean, I have run into artists that can’t be seen with a beer in their hand and I’m like, ‘who the hell are ya?’”

Montgomery tends to like the regular, hard-working people that choose to end their week at places just like Springwater Superclub and Lounge.

“Back in the day, if you didn’t bring people in the nightclub that you were playing in, you didn’t have a job,” recalls Montgomery, who will soon head into the studio to record his first solo project since the 2017 death of Montgomery Gentry bandmate Troy Gentry. “Me and T were in there 6 or 7 nights a week. People would come in celebrating a promotion or celebrating getting fired. (Laughs.) It was all about just being around real people.”

And often, in that jukebox in the corner, those real people would play the music made by people just like them, people like Willie Nelson and Keith Whitley and Merle Haggard.

“Those guys were just who they were,” says Montgomery. “They were characters. The label didn’t make them, you know?”

And don’t even get him started on politics.

“It’s really getting unbelievable,” he growls. “We are all Americans and this is the greatest country in the world. But things get so politically correct sometimes. It’s overwhelming. The smoke and mirrors? I ask myself all the time now, ‘how much can I take from this that’s actually going to be true?”

The world has changed.

“Me and T have always been the ‘what you see is what you get’ kind of guys,” says Montgomery, pausing for a moment.  “I love my life this way. I know its not for everyone and our music isn’t for everyone, but our fans have always had our back. They are hardcore.”

And if Montgomery has his say, it will be those fans who will be supporting Montgomery Gentry till the very end.

“Someday, when you go to that jukebox, chances are you will still see Whitley and Haggard and Nelson on there,” he says. “And if our name can be in that same jukebox, we can say we did something.” 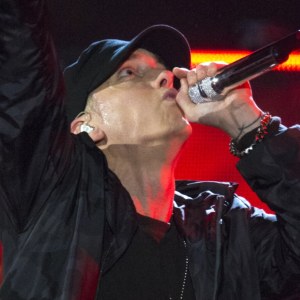 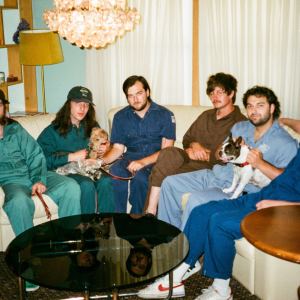