Famed geisha Mineko Iwasaki once said about heartbreak, “Stab the body and it heals, but injur the heart and the wound lasts a lifetime.”  It’s a sentiment that powers thousands of singer/songwriters. Latest victim of cupid’s misfired musical bow is Jesse Coppenbarger of El Obo whose new single “General King” is a deluge of thick, bloody heart-draining emotion that carries a similar and visceral gutpunch, especially if you know that emotion well. If your wound is still fresh, it can render you paralyzed.

Formerly of beloved indie rock stalwarts Colour Revolt, Coppenbarger’s new single is a heart-wrencher; the wretched despondency of a recent break-up fueling the emotion of his downward spiral. He waveringly sings, “You’re an apostrophe. You’re in love with another man/ I’m a catastrophe, a hidden war in a forgotten land.” Airy and spacious, Coppenbarger’s gentle acoustic guitar and mournful and vulnerable vocals are complemented perfectly and appropriately with the dramatic swells of strings, horns and woodwinds by neo-classical ensemble New JXN.

Drawing a parallel between his isolation and grief with the fate of U.S. Army General Edward Postell King who spent three and a half years captive by the Japanese in World War II’s Battle of Bataan, Coppenbarger’s despondency is palpable, his vocals quivering like a broken man on the brink of tears.  “This song is more relationally-based and it serves as a classic love lost song on the album,” he explains almost detachedly and matter-of-factly of the song.

Taken from live sessions and re-recoridings of the songs from his upcoming album Reach Into the Dark & Pull it Closer, the video for “General King” was filmed live in the studio with aforementioned New JXN filling out the emotional crescendos and decrescendos of his lyrics. “All of the live videos were recorded in one day,” he says of the live session. “We recorded in an empty photography studio used by a local magazine and were assisted by three guys from [record label] Favorite Gentlemen – Tim Very, Stephen Payne and Jamie Martens.”

His follow-up to 2012’s largely acoustic and intimate solo debut Oxford Basement Collection, his new album follows the trend of infrequent releases of his previous band Colour Revolt that often has his fans waiting.

“’General King’ along with the rest of the album was recorded over five years in two different homes with my friends Cole Furlow and Paddy Ryan (from Colour Revolt) on drums,” he laughs. With a similar pastoral writing style as Conor Oberst or a Ben Gibbard on his most depressing days, Coppenbarger captures the grief of heartbreak so palpably and viscerally, it’s difficult to shake. Hopeless and miserable, he sings, “I can try and bargain with the hangman but it’s clear he’s only got one thing to trade / So he’s got nothing to say and it’s the gallows for me.” 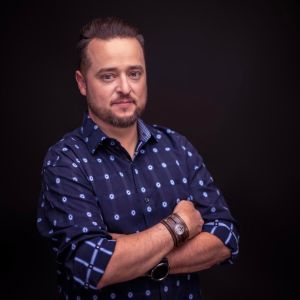 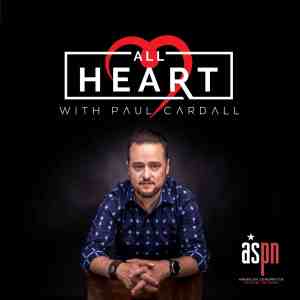