For as long as humans have been making music, we’ve been using it as a vehicle for understanding ourselves. In an indescribable way, music speaks to our deeper emotions and can serve as an invaluable tool for navigating the best and worst of times. Yet, writing a song which speaks to a life-changing experience isn’t such an easy thing. Being able to tap into your subconscious to come up with something that has as little “middle-man” between the song and the emotion as possible doesn’t necessarily take practice… but it does take patience. One artist who produced a masterful example of this is Elise LeGrow with her new single, “Evan,” which came out on July 17.

Inspired by a close friend of LeGrow’s who died in 2008, “Evan” is an anthem of sorts for loss. See, at first glance, one would probably assume that a song inspired by such a tragic topic would be a pretty sad song, but LeGrow takes “Evan” in a different direction. With an emphasis both on the loss and the joyful memories they made during her friend’s life, LeGrow’s approach to the topic is complex, nuanced and touching. Perhaps what allowed the song to become so moving was LeGrow’s ability to blend calculated songwriting with pure emotional expression.

Last week, American Songwriter spoke with LeGrow over the phone and asked about how she was able to turn her experience into music. Not only an adept writer, she also spoke to us about her approach to arranging this song and how she used her voice to convey specific emotions. LeGrow’s careful, but tender, hand on this song is palpable. She was aiming for something that could allow people to remember the good times with ones they lost, and listening to the track you’d have to say that she accomplished what she set out to do.

What’s the story behind this song?

What inspired this song was a friendship with a boy named Evan. We met in high school — he was actually my then-boyfriend’s best friend. When I met Evan, we instantly became friends and we shared this crazy time. We had a whole group of friends that all lived in this neighborhood together and we used to party a lot… we were teenagers, we were kids. When I look back on those years, it really feels like it was a ‘golden age.’ This song is the culmination of 10 years of grappling with the loss of my friend Evan and the emotions that came with that. That’s why it took so long to write it — I’d sit down and try to write, but I’d just get overcome with sadness. I think what allowed me to finally put pen to page was focusing on the good memories we shared. That’s what I talk about in this song; the music we listened to, the TV we used to watch, the joyful moments.

When did you write this song?

Hmm… well, I started working on it several years ago. I don’t know the specific date, but it must’ve been a few years after he was killed. It took me that long to be able to utter any words about him. I was really torn up about it and I still am. But, I would say it’s been a work-in-progress for probably eight or nine years. I think 2011 was the first year I attempted to write about him. They say ‘Write about what hurts, write about what touches you deeply’ and losing a friend at a young age is something that you never really move past. It took me a long time to be able to open that door.

When you started writing, did you already have an idea of what you wanted to say? Or was it more of an exploratory / discovery kind of process?

It was exploratory. To this day, I think I’m still analyzing the song from an academic perspective. It really came from a deep place, not an analytical, cerebral place. So, since the song’s come out, people have asked me things like ‘Why did you write this song?’ and it’s hard to answer those questions because it came from such a deep place. It’s hard to trace the journey back there. Ultimately, it has been a cathartic experience. It’s been really gratifying to feel that I can pay homage to my friend and honor him the best way I know how.

So, on a technical level, what did the process look like?

It started as pure catharsis. There was so much fire in me, so much grief in me… it needed to get out somehow. For the very first iteration, I was by myself in this remote location. I had a few drinks and I was able to let down my defenses for a minute. Just a bit of that grief, a bit of that sorrow, came out. The first iteration didn’t have the joyful memories that the final version has. I think that’s part of why the song took so long to write — I kept reaching this stumbling block of sorrow, and I cowered away from that.

So, it started as this cathartic explosion of emotion, and then by the time I was working on it with Angelo Petraglia in Nashville… well, in a similar way, it was like a physical unleashing. For two weeks leading up to that session, I was very sick with laryngitis. So, I hadn’t been able to speak or sing for almost exactly two weeks. I went into the studio with Angelo and for whatever reason, this was the song that came out. I think there was something about living in silence… I’m from Toronto and I had traveled to Nashville for a songwriting trip. So, essentially I was quarantining — before that word meant what it means now — at an Airbnb by myself, just terribly sick. So, I think there was something about the forced isolation and silence that forced me to look inward. Angelo helped me unravel the story and tap into the joy. That’s why we miss our loved ones — we remember the joyful times, we long for them, we long to relive them with that person. Angelo helped me access that, whereas before I was getting trapped in the cycle of grief.

Has the release of the song changed your relationship with that grief?

I would say the biggest thing that changed is that there’s finally a sense of personal redemption in that I’ve been struggling to pay tribute to my friend for all these years. I kept hitting that wall of sorrow, I kept hiding from it. In a way, almost trying to block out the joyful times that we spent together because it was too painful to acknowledge them. It was too painful to acknowledge that he was gone. I think what’s changed is that now that the song is out, I feel like I, at very least, have been able to honor his memory.

It was also to all of our old friends and everyone we knew, to let them know that they’re not alone in remembering him and loving him. I mean, it was a long time ago now that I was in high school — but, these were friends from 15 years ago, some of whom I haven’t seen in that long. Some of them have actually reached out and had heard the song and were moved by it. That gave me a deep sense of satisfaction and, in a way, belonging. Belonging to this community that all of these years later — it’s been 12 years now since Evan died — still meant something. It was comforting.

How did you approach arranging and producing this song in order to best serve its message?

When it started out with Angelo, it was really just guitar and vocals. Because of the deeply personal and intimate subject matter, there was something in that ‘humble beginning’ that was logical. It felt true, it felt right in that moment. As the song developed, I really wanted to bring some spark and a certain kind of lightness to it. I still think so highly of Evan, so I felt that horn would speak to that. I’ve always associated horns with joy and triumph. I felt like it made sense to enrich the choruses in that way. Much of the arrangement feels very old-school and retro, but Evan and I are people from this century, so we wanted to make it feel contemporary. That’s why we decided to bring in modern drums so that there was both a sense of nostalgia and modernity.

You have a fantastic voice and your music always does such a great job of leaning into your strengths as a performer — was that something that you developed over time?

I’m told that I have a lot of ‘sound.’ One of the challenges that I’ve encountered again and again is finding the right sound for the song. Ultimately, the song is the most important thing to me. It’s more important than the production, it’s more important than the show — it’s all about the song. So, for me, the vocal tone is there to serve the song. It’s one of many tools that tells the story. So, my vocal tone on this song is really broken up, and I think that fits the sentiment of the song. Whereas, some of the other songs on the record have a completely different vibe, so you’re going to hear a lot of different tones coming out of me in the future. They’re all a little raspy! But, this song was much more intimate, it has a more intimate tone than you’ll hear on other songs of mine.

It’s an amazing thing to experience such a tragic loss, but then turn that loss into something beautiful which you can share with others. To you, what has that been like?

Well, there is a universality to the concept of loss and the concept of grief. In order to grieve someone or something, you have to have loved them. I think those elements are here. I think that anyone who hears this song and has lost a loved one or a friend can relate to that sense of longing and the pleasure in remembering the little moments. Just the way their loved one sang a song or told a joke. There are all these little fleeting moments that pass us by when they’re happening, but when we lose that person, those are the things that stick with us. So, it brings me a lot of joy to think about people hearing this song and perhaps revisiting some of those little joyful moments that they shared with someone that they lost.

Watch the music video for “Evan” by Elise LeGrow below: 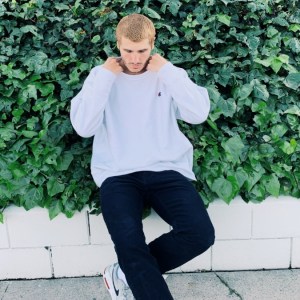 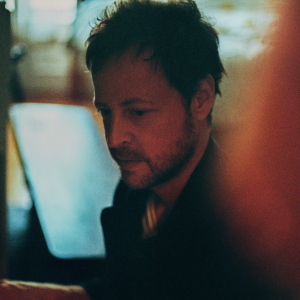