In the midst of our rapidly evolving world, American Songwriter caught up with an artist who is familiar with a little change himself. In an exclusive interview, Darren Jessee charted his successes as the drummer for rock trio Ben Folds Five, frontman for Hotel Lights and, most recently, his quiet transition into producing solo albums as a singer/songwriter.

The first official piece of art that indicated Darren’s transition into a more introspective artist was his 2018 album, The Jane, Room 217. After years on the road touring with various bands and groups, Darren was itching for something quieter.

“I wanted my first solo record to be a real listening experience,” he said. “Something like a travel companion, to me, is a really great quiet record.” Thus The Jane, Room 217 was born.

In continuation of his momentum, The Jane‘s sister album, Remover, is scheduled for release on October 16th, 2020. The first single off of this album, “Cape Elizabeth,” premieres today. Read below for the conversation that explains it all.

The first thing that you need to know about Remover is that the album is looking forward. Peering beyond the heat of the summer months and to the comforting months of the fall. Remover also debuts completely in the fall, which matches the album’s persistent tranquility and piercing cleverness. Darren explained, “That’s kind of my favorite time of year actually — is autumn. I always feel sort of creative and renewed at that time of year. I don’t know why because things are about to die [laughs].”

Darren Jessee’s creativity has undoubtedly summited another musical Everest for the autumn-inspired Remover. All of the songs on the ten-track record were written in a short period of time, according to Darren, and each song possesses qualities that will remind you of the last. Darren comments that the album title, Remover, can offer some insight when it comes to tying these songs together.

“The album title… Remover, [it’s] definition is a person or a thing that removes. And so it was apt for me, [and] it’s taken on more of a feel than I ever imagined. We could be talking about removing a façade that we have been living under.”

“I also liked it because I had in the past removed myself from famous bands in order to pursue a deeper desire to be an artist in my own way. It just felt right, and as the world changed quickly, it even feels a bit more relevant than I had thought originally.”

This evolution of removing himself and beginning again with a clean slate remains a steady undercurrent of Remover. And “Cape Elizabeth,” in particular, talks about that next step after receiving a fresh start — moving on. I asked Darren about his inspiration for this single, and he graciously elaborated on his idea of starting again, and how that looks when you’re in love.

He continued, “Love songs are so hard to write because love is not something you say to someone it’s something you show them through your actions. Of course, there’s always people who can break the rules and do it amazingly like Dolly Parton [with] ‘I Will Always Love You.’ [laughs] You shouldn’t be able to do that, but it’s just such an amazing melody and song. ‘Cape Elizabeth’ is not that far into the romance, it’s just the idea of starting something new. And it’s set on the coastline of Maine.”

“Cape Elizabeth” effortlessly embodies everything that Darren told me. The song strums soothing yet enchanting melodies as Darren paints a picture of Cape Elizabeth, Maine. He describes the seagulls and “the smell of the brackish wind.” The rocky cliff. You feel like you could almost touch the chilly New England water and possess the adrenaline of finding something exciting on the horizon.

This leap of faith in starting again, however, doesn’t actually feel like much of a leap for Darren Jessee. It was a natural part of his progression as an artist. Darren clarified, “There were four Hotel Lights records that happened before my solo records. So I have been putting out records of my own songs, and people who are big fans of Ben Folds Five they’ll know that I contributed some songs that are fan favorites. So I’ve sort of always been doing that, and when the bands stopped touring… it just felt like the natural thing to start recording my own music.”

“So after Hotel Lights’ fourth record, I went back on the road again as a freelance drummer. I was touring with Hiss Golden Messenger and that’s when I started feeling like I wanna make a really artful, quiet solo record. And that’s how The Jane, Room 217 appeared. And this [Remover] is just the next step.”

As the next step, Remover, has “more going on as far as the production goes” and it’s not “as quiet” as The Jane, Room 217. The record maintains a peaceful sound, but it blossoms in areas of catchiness and tempo. Darren mentioned that for “this record, I was really excited to use drums again, and have Alan [Weatherhead], my collaborator, to be more involved in the recording.”

Overall, with an artist like Darren Jessee evolving, trust me, you’ll want to tune in. Keep up with his latest releases here and watch the premiere of “Cape Elizabeth” below. 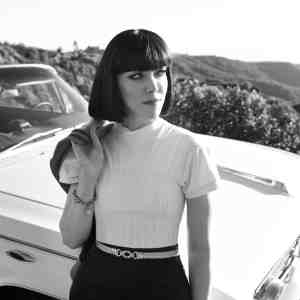 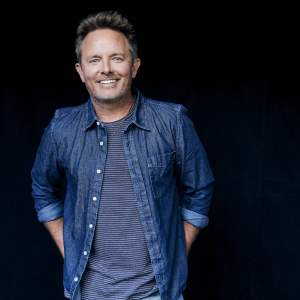