The Los Angeles-based artist Em Rossi is not only an exceptional singer, but also a born storyteller. She owes some of her early success to one of the newest innovations to date: the karaoke app SMULE.

Her rabid and passionate base on the app drew the attention of major labels, leading to a deal with Sony Music RCA Germany, where she celebrated her debut with the single “Got This Feeling” on March 27th.

Unique to many others is the process of writing with a piano first. Em Rossi broke down what that is like for her, in her own words:

“Got This Feeling” is a song about true love. A genuine love that I don’t think you come across too often anymore. It tells the story of the night my parents met at Cal Poly San Luis Obispo in the late 80’s. Every time I heard the story, I would imagine it as something out of a movie. It was a once in a lifetime moment. My brother and I got to witness that love grow and be poured into our family. I always had the idea of writing a song about it in my back pocket.

When I was 15, my dad passed away unexpectedly from a heart defect he was born with. My parents were about to celebrate their 25th wedding anniversary. I was just starting to pursue music. The idea came back into my head. However, it didn’t feel like the right time for me to write the song.

I wasn’t expecting to write “Got This Feeling” the day I was in the studio with my producer Jordan Witzigreuter. Jordan and I had only met a few months prior and had one or two sessions together. I really feel like our musical strengths fit together like a puzzle piece. I was pretty nervous driving over to his studio for the day’s session. I knew the sonic direction I wanted to go in that day but had no clue what I wanted to write about. As I was brainstorming in the car, the song idea came back up again.

When I arrived at Jordan’s place, I told him the story, shared a few song inspirations with him, and then we were off. Jordan started making a track as I was mumbling into my voice notes. In about ten minutes, I blurted out the full melody and tag line of the chorus. I remember making fun of myself to Jordan for being another person to write a song with the word “feeling” in the title.

Jordan and I co-wrote “Got This Feeling” backwards. I had the chorus melody and tag line, I rambled the pre melody immediately after, and then Jordan landed the verse melody. Once we had the layout, I texted my mom and asked her to “throw up on a page everything you remember about the night you and dad met”. We finished the whole song together in an hour.

My parents met in a stairway going to and from the bathroom at a bar. The verse line “You picked a rose and I found your crown” came from the name of the bar, which was called The Rose and Crown.

The chorus was inspired by my parents then having a staring contest with each other across the room, my dad pointing to my mom and telling his friends he was going to marry her, him grabbing the pitcher of beer off their table, walking over to my mom’s table, and sitting down right next to her and her friends.

A friend of my dad’s was working at a nearby hotel at the time. He let my mom, dad, and all of their friends sneak into the pool on the hotel roof where they hung out and sang songs the rest of the night. My mom always says the two of them never spent a moment apart after that.

It was a challenge to make sure we got the overall feeling across and fit the important visual details in without overflowing the song. I originally thought “Got This Feeling” was going to be a more mid tempo track. However, a few days after I left the studio, I got a text from Jordan saying he had an idea for the production and wanted to spend more time on it before I could listen. About a week later, he sent me what you hear now. We worked together to filter through all the production elements and tweak the mix. I had the completed song on my laptop about ten days later.

In the midst of all the uncertainty we are currently facing around the world, I hope “Got This Feeling” is a song that can lift spirits and remind people of what is really important in our lives, the people that we love. 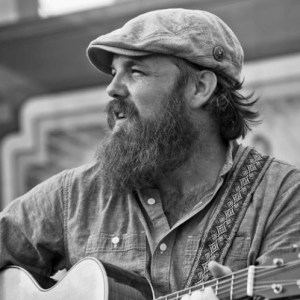 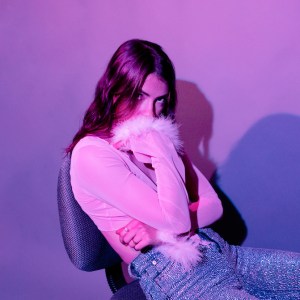