It was January of 2019 when The Voice Season 9 runner-up Emily Ann Roberts headed into a writing session with fellow songwriters Simon Reid and Tiffany Goss in the hopes of finding a way to write a song about her dad.

“I’ve been travelling from Knoxville to Nashville for the last 4 years,” Roberts tells American Songwriter. “And it was my dad who would remind me not to be in a hurry and to slow down and stay safe and to be careful if it starts raining. That’s how he says he loves me. That’s how he shows he cares about me.”

“Those lyrics just just poured out of me,” Roberts remembers. “It was just all so real to me. But when I was writing it, I wanted it to be bigger than just driving. My dad is a little voice of reason to me about life in general. And the fact is that I am one to be in a hurry and not be very patient, so its nice for someone to tell you that its ok to go slow down sometimes. Its ok to feel whatever you are feeling. Ultimately you will get where you need to go. It’s just part of the journey.”

Flash forward to March of 2020, and Roberts finds herself alongside the rest of the world dealing with the mental and physical draining of the spread of the coronavirus, and all of a sudden, the words to the song that she wrote about her dad’s loving advice is hitting home more than ever.

“God is in control and his timing was just about perfect for this song,” says Roberts, who returned to The Voice stage last year to perform her single “Someday Dream.” “There is something about taking time to be still. None of us do that as much as we should, but it’s so important and its ok to slow down and take a break.”

And as Roberts continues to quarantine with her parents in Knoxville, it’s this time that she has been given that she is trying to take full advantage of.

“Music has always been such an escape to me because it’s just so powerful in the way it can transport us to something better,” says Roberts, who first took up the guitar when she was just six years old. “But to be honest, I can’t remember the last time I got to just sit down and play the guitar by myself.  I mean, before The Voice and doing all of this as a career is probably the last time I got the chance to do it because life has been so busy. But that’s exactly what I’ve been doing since I go home.”

Granted, Roberts can’t help but get emotional about the possibility that she and her band members will be off the road for awhile while the coronavirus continues to spread across the country.

“It breaks my heart that so many dates had to be cancelled,” she says, her voice quivering at the thought. “The idea that I wont be able to play live for a few months is so hard to even think about. Playing live is my passion.”

At a time when the world is hurting, Emily Ann Roberts provides a soothing serenade that reminds us that sometimes, God whispers to us all that its time to take a break….and take that call from Dad. It is something says she feel like the break just might have been something we all needed.

“I see all of this as an opportunity to look at life and the world differently,” she says. “God knows exactly what we need and maybe He thinks we all needed a little break and a little reset.”

Just like her Daddy has been telling her all along. 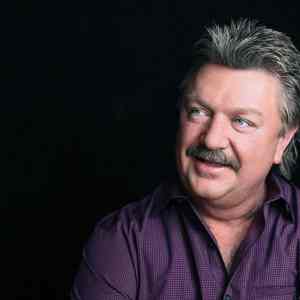 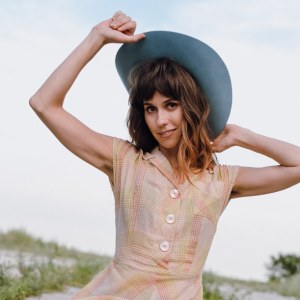