Some singer/songwriters come up around one genre of music, and develop their abilities with the influence of that particular style. Then there are artists like Risa Binder, who are exposed to various types of music while growing in their craft, and have made the journey geographically to soak up all of them.

While Binder sings for the country market these days, she has sung across the musical spectrum, opening for James Taylor and Ronnie Milsap, working in musical theatre, recording with Nashville pop duo Zindee and more. Her newest single, “A Lot Like Home,” has just been released. The Maryland native sent American Songwriter an email about writing the new Nashville single, and about working in America’s music capitals.

“I co-wrote and I’m singing ‘A Lot Like Home’ with singer/songwriter Benji Harris (Scarletta, Cowboy Troy),” she said of the new track. “We wrote the song with Isabeau Miller (David Archuleta, Camille Nelson) and Shaun Balin (Colt Ford, Josh Gracin), and we wanted to write ‘A Lot Like Home’ about exciting firsts that were true to us at the moment of writing the song. I had just bought my first apartment with my husband and Benji was getting ready to have his first beautiful baby girl. When we finished writing the song and recorded it, I took the chorus lyrics and framed them, and they hang in my home in the entryway so I look at them every day—Something sweet that we can call our own … Yeah we made it down the winding road … and it feels a lot like home.”

Binder’s muse has led her to work in various genres in various locations around the country, beginning with her home state of Maryland. “When I lived in Maryland I did theatre to save up to move to NYC,” she said. “I worked at Toby’s Dinner Theatre as an actress and waitress, and also performed and taught at Round House Theatre in Bethesda.

“Right now I’m based in Nashville,” she continued. “I’m writing virtually with friends in L.A. and New York City, so I get to be there in spirit. I started out in New York and still keep a place there, the energy of New York City has always been so inspiring to me. There is nothing like an L.A. morning too. When you smell the sweet flowers on your morning walks in L.A. and you feel that energy. My heart is in three places at once.”

Binder was nominated for a 2013 Daytime Emmy Award for her song “Just Like That,” a cut from her album Paper Heart, which was performed by one of the characters on an episode of ABC’s General Hospital. “It’s such an awesome feeling to hear your song in a TV show,” she said, “and I’ve had the opportunity to hear my songs in many shows. Lifetime Channel, Showtime, Oprah Network, etc. ‘Just Like That’ got placed because my awesome songwriter friend Rie Sinclair (Tal Wilkenfeld, Abandoned Pools) had a deal with ABC, and they ended up going through her catalog and picking ‘Just Like That’ for their show. It’s totally a gamble if your song gets placed or not, but my favorite part about writing for TV is that it’s kinda like a puzzle. You get some parameters like, the song needs to feel good, be more uptempo, have certain words in it or steer clear of certain words … then you get to work crafting it and send it out and hope they like it. Many writers are writing for the same slot, so you write the song, feel good about it, and let it go out into the universe.”

Binder is seeing streams into six figures with last fall’s single “Pull,” which she wrote with pop duo Zindee, which is Zack and Lindee Nelson. “It started when Zack played me a loop and I could hear the melody line in my head,” she said, “and just started singing the word ‘Pull’ a lot over it, I can feel your pull. I kept singing, and, well that’s the magic of the creative process, you trust the story line will come through, and we all wrote the song together in like an hour. I love when that happens. It’s always fun to collaborate with pop writers and write something different.

“I was first inspired by the artists my parents listened to,” she said, “like James Taylor, Fleetwood Mac, Stevie Wonder. And also, since I grew up in the theatre, I love big dramatic voices like Barbara Streisand, Bette Midler, and pop voices like Celine Dion, Whitney Houston. Then I got into country music and soaked up all the Garth Brooks, Reba, Shania—I’m all over the map. I love hip-hop too, my playlist when my baby was born was a lot of Ludacris, Justin Timberlake. I love a good beat, I love a good lyric. I stand by the idea that music is magic, music is healing and therapy too.” 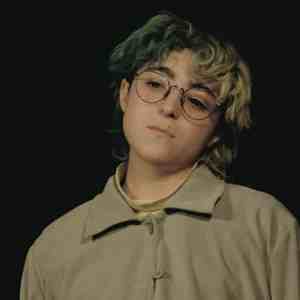 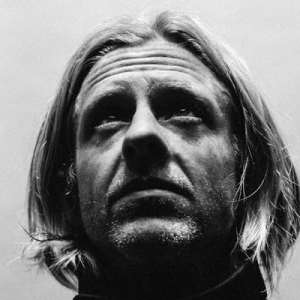