Literally thousands of singers in Nashville are after the brass ring, whether that means a major label deal or just getting to be an opening act for someone or maybe unintentionally getting a co-written song cut by someone bigger. Singer/songwriter Jessica Campbell is among those thousands. But what sets Campbell apart is that she actually seems to be making more headway than most, unfortunately, ever will.

A North Carolina native, Campbell earned a Recording Industry degree as well as a Mass Communications degree from Middle Tennessee State University while honing her vocals and songwriting skills for the day that she would release her own full-length CD in Nashville. That day finally came for Campbell in August. On Great Escape, Campbell shows herself to be influenced by the likes of Sixpence None the Richer’s Leigh Nash, Sheryl Crow, Jewel and other contemporary female artists, but with songs written by Campbell and a variety of co-writers, some of whom are pretty well established in Nashville and especially in the world of contemporary Christian music. Campbell’s songs have also had a couple major television network placements. In a bit of a twist on the usual “Nashville Songwriter Series” practice of interviewing established writers, we caught up with Campbell to ask her what it’s like to be an up-and-comer who’s actually working with established names and seeing real progress.

On both Great Escape and on your EP a couple years ago, Put the Stars Back, you wrote with Eric Paslay, who’s coming into his own as both a writer, with big cuts like Jake Owen’s “Barefoot Blue Jean Night,” and as an artist, opening for Little Big Town and others. How did that connection happen, and what have you learned from him as a writer and performer?

I met Eric while attending college at MTSU. We were part of a songwriting class and the NSAI group at MTSU. I’ve always been a fan of Eric’s music and have enjoyed writing with him after we both got into the “real world” of the music business. Eric has always been true to his roots in his writing and performing. He is a very spiritual person and finds a way to connect his personal experiences in his writing. So far, I’ve recorded four songs that Eric and I wrote, including “Paper Thin Mirror,” “Chasing Memories,” “Stealing the Stars” and “Under a Tree,” which is on my Christmas EP that was released last year.

How does someone with no major deal attract the attention of a producer like Cason Cooley, who has produced some pretty successful artists like Mat Kearney and Trent Dabbs?

Once I really decided hone in and find my own “sound,” and had a pile of songs to choose from, I started taking note of people that were making music in the vein of what I thought my sound was. I loved some of the artists that Cason had worked with in the past – Derek Webb, Sixpence None The Richer – so I contacted him via MySpace to see if he would be willing to take a listen to some of my work tapes. After we met, it was several months before we set up a time to talk about strategy and song choice, because I was continuing to co-write for the project. After deciding to work on a project together, Cason and I began exploring the best musicians and songs to portray my sound. Throughout the recording of Put The Stars Back, I really got to see Cason’s process and loved his commitment to serving the needs of the song. I think it’s crucial to have someone that has a vision for your music, and that played a huge part in recording Great Escape. From the beginning, we were intentional about choosing the songs that best represented me as a singer/songwriter. It was a yearlong process that began with Cason and I picking out four songs and going into Smoakstack Studios in Nashville to record. Six months later we reconvened, selected the last six songs and recorded them from the ground up, starting each track at Cason’s studio and then adding instruments as needed. Cason is incredible at exploring different arrangements and finding unique sounds that compliment the character of the song. Some of the sounds on the album include wooden spoons on a single drum, brushes on a plastic book cover, and taped piano strings that created a plucking sound. It’s been a great learning experience for me to be able to work with a producer of Cason’s caliber.

Given the fact that you seem to have pretty respectable contacts that should be able to open some big doors for you, what have you been doing to get a label deal, assuming that’s part of your business strategy?

I learned early on that “getting in the back door” was key for being successful in the music industry. I’ve taken meetings with a variety of industry professionals; even if I may not be the best fit for their company, they may be able to connect me with someone that is. I’ve met people and have been connected to industry folk in the most random ways.

Your album isn’t overtly Christian but your background of singing Gospel music and leading music in church seems to indicate some Christian influence. And some of your collaborators, perhaps most notably Kyle Lee, are well-known for their work in the contemporary Christian field. Do you have any plans to do anything in that field, like a praise and worship album, and how do you reconcile your Christianity with being part of the secular side of the business?

I met Kyle while playing music at a church in Franklin, Tennessee, and when we found out that we were both songwriters, we decided to give it a try. The first song we wrote together is still one of my favorites to this day. We had an instant connection and Kyle’s strengths complement my weaknesses well. He brings energy and open-mindedness to the room that I’ve rarely experienced in co-writing. Another thing that I love about writing with Kyle is his versatility to write well within a variety of genres. The songs we’ve written span the gamut of country, pop, bluegrass, worship and rock. I grew up singing in church and that’s where I first learned about music and singing harmony. My mom and my grandma don’t bother picking up the hymnal on Sunday mornings because they have the words memorized. The Gospel runs deep in my heritage and my faith is very much a part of my everyday life. All of the songs that I write and record are about my life; they are influenced in some way by the people I surround myself with, the daily conversations I have, the relationships that can be challenging at times, and on and on. At some point in my future, I would love to write original music with the church in mind. I can’t say what direction that would look like musically, but it is something that I aspire to do at some point in my career.

You’ve been in town for a few years now and studied the music industry at MTSU. What did you learn in school that you think has helped you, and what things will help you as your career continues to take off?

It really amazes me how much things have changed in the business since I was in college. When I was a freshman at MTSU I remember the Napster craze happening and my professors were trying to make sense of where the business was headed. We’re still wrestling with those similar issues today. I’ve been able to utilize a lot of my publishing and promotion knowledge in releasing my projects. I would say on the whole it’s a hands-on industry. I’ve learned so much about the industry since diving in fully after college. Another thing that is tough for most creatives is how to handle the money side of the industry. The best advice I received in college was to wear many hats, and I’ve worn many hats since departing college to pay bills and get by enough to afford me the time to write songs and have enough money to record them. As an independent artist acting as my own booking agent, manager, publicist and label, I’ve learned a little bit about what each job entails, so I hope as I continue down this road that I will have a good perspective when others jump on board to help.

As you point out, the musical climate has changed dramatically since you arrived in Nashville a few years ago. If you were pulling into town today but knew what you know now, what would be your plan of attack for your first 90 days here?

The plan would definitely be to find some buddies to journey with. What I mean is this: The long road of a musical career cannot be walked alone and before someone finds success, rejection is something that we all battle. Relationships are key, so whatever you can do to meet people and find your circle of confidants, do it. Go see people play, be a fly on the wall for events, and be bold enough to ask for co-writing sessions with people that you look up to. Don’t be afraid to share your music.

Even though you’re writing for yourself, you’ve also had a little success as a writer for others, so you seem to be open to that direction as well. Is there anyone in particular you’d like to see one of your songs cut by?

I think the ultimate goal would be to write a song that could be recorded by a variety of artists. Being an artist that counts versatility as a virtue, I say to write songs that are timeless and relatable. An artist that I would love to cut one of my songs…Dolly Parton.

To learn more about Jessica Campbell, go to jessicacampbellmusic.com. 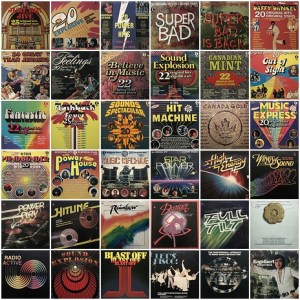