Country superstar Eric Church tours hard, giving his all to his fans night after night. But he is also a devoted family man with a wife and two small sons. In a recent interview with “Billboard,” he revealed how he manages to do both of those things well — he takes his family with him on the road.

Asked if he finds parenting challenging, Eric replied, “A 5-year-old and a 2-year-old are always going to have their challenges. But yeah, I do OK with it. They’re with me on tour, and that is such a big thing, because I’ve been around long enough to see these artists that check out for periods of their life. I feel like it becomes harder for them to be a parent or to feel like they’re in control of their life when they’re checking in and checking out.”

RELATED: This new country star took over Eric Church’s show at his invitation

He continued, “For me, as hard as it has been at times, logistically it’s just something my wife and I have always decided we had to do. The ‘Mr. Misunderstood’ album does not happen if my kids aren’t out on the road with me or I don’t have a relationship with them, because you can hear it in the album. Because that’s a part of my life; it’s really easy for me to walk out on that stage and feel pretty comfortable when I sing that stuff, because I’ve lived it. I’ve been there. I’m in it.”

62 shows
Over 200 hours worth of music
Over 2,200 songs
Nearly a million fans
Thanks for letting me Hold My Own pic.twitter.com/1oOwZyT5GD

Eric also spoke about the meaning behind one of his songs that didn’t make the album, but has gained traction with his fans on YouTube. Asked why that song, “Old Testament Me,” resonates with so many people, Eric said, “As a husband and a dad, there’s the New Testament, turn-the-other-cheek mentality, and then there’s the Old Testament way of thinking, which is saying, ‘Hey, if you mess with me, you’re going to get hurt.’

“I think we carry both,” he continued. “You don’t have to roll over and be weak. There’s so much going on in the world, with the rise in terrorism and violence. I didn’t like the way that I think a lot of people were portraying religion … that it made you soft … If they do something to you, you have to walk away.

“I’m conflicted, because I don’t really believe that,” he added. “I believe you still have to protect yourself and your family. I think many people feel the same way, especially in our country. When you get poked really hard, you’re torn between your beliefs and how you should respond to that. I was thinking, too, about the bullying element, and all this extra-parenting bullshit. I get the conflict, and that’s what I was writing about. I get it. Especially being a parent with kids.” 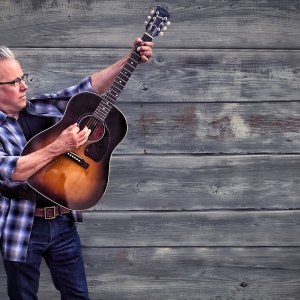 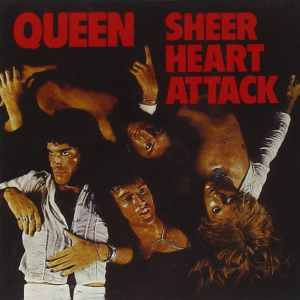