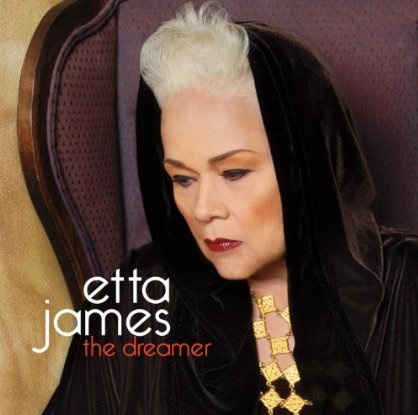 Multi-genre – and genre-defining – singer Etta James is apparently calling it quits. After half a century of recording with and for legends, battling addiction, opening for the Stones, coming back from the bottom to win Grammys, and showing two generations of female vocalists that being a great singer involves more than wailing like a banshee, James is releasing what is to be her final album, The Dreamer. And she’s going out with neither a bang nor a whimper, but with the same style and class that have marked her recording career for 50 years.

On The Dreamer, James includes some unlikely song choices, and most of them work. With her sons serving as the rhythm section, arrangements that feature plenty of Brook Benton-era guitar underpinnings, and authentic Wurlitzer and Hammond sounds, this album is nicely done. The record opens with a solid version of King Floyd’s “Groove Me” that shows that lust is for old people too. An interesting and believable reading of country quartet Little Big Town’s “Boondocks” is here, as well as James’ take on the over-recorded standard “Misty Blue,” which wasn’t necessarily a mistake but could easily have been omitted in favor of almost anything else.

If there’s one absolute clinker here it’s James’ version of Guns ‘n’ Roses’ “Welcome to the Jungle,” which doesn’t work at all. But Johnny “Guitar” Watson’s “Too Tired” and Ray Charles’ “In the Evening” are done well, and a seven-minute-plus version of Little Milton’s “Take Me Down Easy” closes the album, and the career of a true legend, perfectly.

It would be easy to give this record a great rating simply because of who Etta the artist is, even though it really isn’t all that remarkable a recording. But it is a solid and appropriate one. James is a singer who, unlike many, has grown old gracefully and with her head held high, and The Dreamer is a respectable way for her to end her career. For those reasons alone it deserves to be in the CD player of anyone who respects the artistry of legends like Etta James. 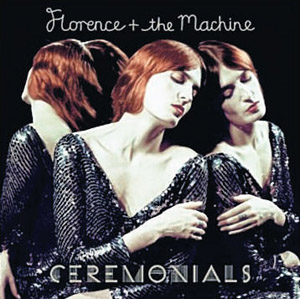