The ability to create music that is a true representation of an artist’s personality can be a bold undertaking that is often a long process. For Christian artist Josh Baldwin, finding the confidence to craft music in the stylistic, lyrical and sonic vein to which he feels drawn didn’t come easily. But with his latest album, Evidence, Baldwin says he has finally landed in a place where he feels that the music he has made is true to himself.

Baldwin tells American Songwriter that in the early stages of his career, he felt pressured to create music that veered away from his strong North Carolina roots. Although this underlying effort was not always obvious, Baldwin says that one of his biggest desires with Evidence is to uncover the ways he simply loves to write and play.

The result is an album that Baldwin says “feels like where I’m from.” The process however, began with Baldwin’s hit song, “Stand in Your Love,” which he released in 2018.

The song “did really well, and it was just more natural. When we wrote it, it just kind of came out sounding more like music does when it comes right out of me,” Baldwin explains. “It sounded like North Carolina, and I didn’t try to change any of that when we were producing and recording it. It opened my eyes to ‘oh, I should just be myself and let the music come out the way it naturally wants to, and not try to make it fit some kind of mold that I think is gonna work, or that I think is gonna draw people in to listen to it more.’”

That shift in perspective, which influences all of the writing and production for his latest album, generates a more authentic connection with listeners. As a result, more people actually engage with the music, Baldwin says.

“I’ve just enjoyed it more. I’ve enjoyed creating more, I’ve enjoyed writing more. It’s such a simple thing…but I think sometimes for me, it was the toughest part – to feel like just me being my authentic self, is gonna help people gravitate more towards the sound and the music,” Baldwin noted. “That’s why these songs are special to me, because they’ve all been written and come out of a season after me realizing ‘oh I should just be who I am and let the music come out whatever way it wants to come out.’”

This authenticity translates sonically and lyrically, Baldwin says. Utilizing all live instruments, some of which he has never used in recordings before, such as a harmonica, the sound from the album reflects his North Carolina roots.

Baldwin says he realizes now that he wants to pursue the stylistic vein of country music in future projects, and not shy away from his natural inclination to instrumentation that would classically fit a country record, even though his music is meant to be conversational and congregational in nature.

“It’s got me excited that I can just play music the way I used to just in my room, but I didn’t think people would want to hear it that way. Now the realization that if I just do what I’m used to doing and just put that out…that alone has unlocked all these dreams in my heart that I don’t think I even realized were there,” Baldwin says.

This freedom of creation is an evidence of God’s faithfulness, Baldwin notes, and plays into the title track, which speaks to looking back on God’s work throughout the years, giving hope to continue moving forward.

“It’s been a song that’s just reminded us about our history with the Lord and what He’s done for us,” Baldwin said. “I see the evidence of the goodness in my life…how His faithfulness has been with me. That song gave this anchor of hope that my family grabbed onto.”

With that secure hope in mind, Baldwin says he is excited to continue creating authentic musical and explore new projects that flow naturally out of his heart, his perspective, and his intuition. 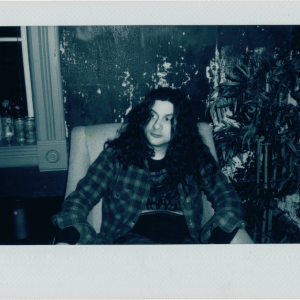 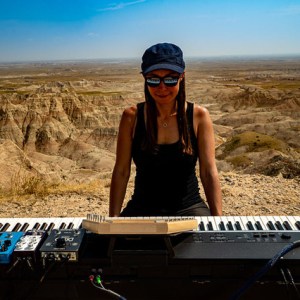