At a young age, records transported Kurt Vile. He would play his father’s albums over and over again. There were standards like John Denver, but his personal favorite was Rusty and Doug, two brothers who recorded mostly in the 1950s. Vile loved their brand of Louisiana-infused early rock ‘n’ roll. Listening to his dad’s albums, Vile would imagine he was a singer in the bands. Those early, foggy memories were became some early building blocks of Vile’s creative and musical foundation. From there, he would go on to co-found the band, The War on Drugs, and build a fruitful solo career. The professional songwriter now continues with the release of his latest EP, Speed, Sound, Lonely KV, which was released Friday.

“Music has been in my life ever since I was a kid,” Vile says. “That Rusty and Doug Kershaw record made me feel pretty crazy in the head. It was this really earthy and groovy Cajun rock-infused record.”

When his father gifted him a banjo at 14-years-old, Vile began to play the twangy thing like a guitar. A year later, a neighbor gave Vile his first six-string guitar. The neighbor had heard Vile picking and strumming the banjo on the porch from across the street day after day. Vile would lose himself in the songs. It’s a characteristic that still continues today, both when playing and listening to music.

“Neil Young writes great songs, but he also knows how to get lost in the song,” Vile says. “A song like ‘Cortez the Killer’ could be seven minutes or twenty minutes live. He doesn’t know. There are no rules. And there are so many different styles out there that influence me.”

While in the past, Vile says he might have been more meticulous about his writing or song crafting, these days – especially given recent limitations on social and political events – the artist is leaning more in the other direction. Instead of having a plan each time he brings out his guitar, he now prefers not knowing what might happen. He lets the music and the instrument dictate what’s necessary for the melody or chorus composition in any given moment.

“It’s just about being musical and seeing what happens,” Vile says. “Now I just pick up the instrument and see where it takes me.”

For his latest EP, the song man worked in Nashville. The historic city of music was a large influence on the five-song collection, Vile says. The album took four years to complete, and Vile would record bits each time he came to Nashville to work. The city, perhaps more than anything else, is known for its songwriting craft and storytelling prowess. To bring out that skill and energy, Vile employed a number of the city’s best, including John Prine, who sings on the track, “How Lucky.”

“This is my Nashville record,” Vile says. “But it’s not a novelty. I’m glad I waited this long for it to come out. The five songs really tell a story. I look forward to going back and making another Nashville, country-influenced record.”

While the EP is certainly tethered to Nashville, the Music City is also shot through the lens of Vile himself. There is a dreamy quality to the music, a slightly stretched or elongated aesthetic. It’s a sound with which Vile says he’s personally and particularly pleased, and it’s one borne out of both his creative sensibilities and the expertise of the players and engineers he enlisted for the record.

“We played everything live,” Vile says. “We got the dreamy thing mixed with American roots and country roots and I’m proud of it. It’s unique.”

Vile’s Speed, Sound, Lonely KV EP includes covers and original music. On the six-plus-minute song, “Dandelions,” which Vile wrote, the singer lazily but pleasantly meanders through music with his lyrics of flowers, girls and watching the spores dance in the wind. The song, in many ways, represents the feeling of a wind chime hanging in the breeze. The EP exhibits the type of freedom and personal satisfaction that Vile enjoys in his music today. While he’s played with regular bands before, which he enjoys, Vile says that being able to pick up and play whenever he wants is the true reward.

“I love how I can just pick up my guitar and play anywhere,” Vile says.

At 40-years old, Vile now has his own extensive record collection that he breaks out whenever he wants to feel transported. He loves to explore the music. He thrives on this forward-looking, adventurous sensibility as well as the new creative future he’s discovered in 2020. And by living this way, he’s added now one more EP to the his collection.

“Everywhere I go, I’m just writing music a little bit at a time,” Vile says. “It’s in my blood. I’m lucky that I’m able to put out a record and be creative. Even now when I’m not touring, I got to just put out this EP and not even have to wait for physical copies. People can hear it at a click of a button. That’s what I’m here to do. It’s a gift to myself and to the world.” 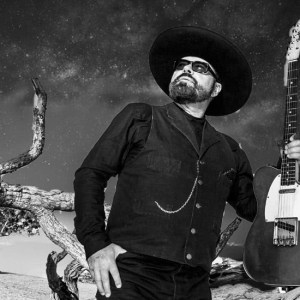 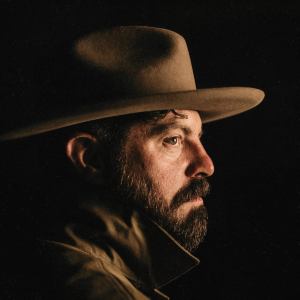