The rising alternative pop artist from Massachusetts created a collection of songs that contrasts anger and love; juxtaposes “normal Isaac” and his alter ego. This seven-track EP, evil twin, debuts today in a delightful mix of synths and powerful vocals.

“It’s a departure from my previous work in certain aspects,” Dunbar told American Songwriter. “I have some more experimental records on the EP and also melodramatic pop singles. So, it’s just a combination of all of my influences basically into one project.

“Actually, when I was writing this EP, I was really struggling because I wanted to make music that I enjoyed listening to other than all pop music,” Dunbar continued. “And so I was really at a crossroads regarding my artistry, ego and how I viewed my credibility. I decided that I want to just put all my influences into one record and have my ‘evil twin’ sing the first half of the EP which is more experimental, more hard-hitting record. Then I’ll just have the ‘normal Isaac’ sing the second half of the EP, which is the pop music.”

Just as Dunbar describes it, the first three songs of the EP roar while the second half softly soars. The singer-songwriter flaunts his brilliant ear for sonic layering by introducing different song structures and drum choices. All of it, however, falls under the umbrella of alternative pop. “Because pop music can be whatever you want it to be as long as you’re super confident in it… as long as the culture understands it,” Dunbar said.

The beginnings of Dunbar’s narrative arc with evil twin began with the pre-released track, “love, or the lack thereof,” which sparked his creative process. Specifically, producer Joel Little sent Dunbar the song, and the process of tinkering with it himself inspired Dunbar to produce “intimate moments,” “rendezvous” and “kissy kissy.”

The final track, “the world & all her pearls,” concludes the EP with perhaps the lightest pop ballad of the bunch. Dunbar explained that he had been sitting on this song for three years before releasing it, waiting for the right moment. This single also happens to be one of his favorites from the EP.

“The reason why I say it was my favorite song to write [is] because I remember exactly where I was at the time. I was living with my mother in my childhood home and I wrote it at 3 a.m. It just reminds me of a time when I was really happy.”

With “the world & all her pearls” blissfully rounding out an album that started with the rage of “rendezvous” and “pink party,” Dunbar’s EP is harmoniously diverse. Moreover, at only 17 years old and eagerly awaiting his 18th birthday, another appearance of Dunbar’s evil twin is inevitable.

“The whole me doing the evil twin thing-—I want to show more of my evil twin in my work in the future,” Dunbar confirmed. “It’s my favorite music that I’ve made. The first half of the EP so far has been the truest representation of how I want to present myself as an artist in the future.”

Listen to the evil twin below or here. Watch out for the rise of Isaac Dunbar and his evil twin. 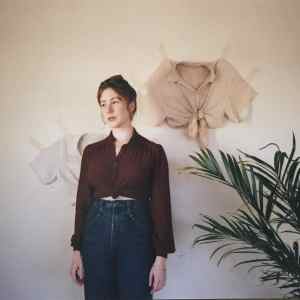 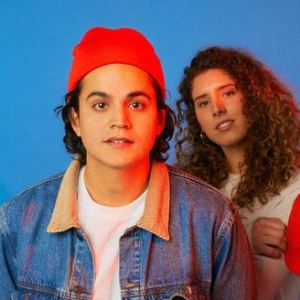