From “I Am The Walrus”
By John Lennon

In songwriting today, as we all know, there are no rules. Despite what you might have heard, there is no songwriter jail. (Even for using false rhymes a lot.) Songwriters are  under no obligation to write a song by any strictures. All that matters is if it works. Is it a good song?

All those conventional craft elements songwriters use to hold songs together exist because they do work; rhyme, melody, structure, etc. – all serve to solidify a song, so that it can persist in time over thousands of repetitions. But a song works even without any of those, it works. As long as a song succeeds, it’s got what it needs.

Songs don’t even have to make sense. Sure, people like it when they understand songs. There’s that consideration. But one needn’t tell a coherent story if the song is strong in other ways. John Lennon famously embraced the surreality and wordplay of Lewis Carroll, which, when combined with the many LSD trips he was taking then, led him to surreal, psychedlically nonsensical songs.

“I Am The Walrus,” which has been called both “classic” and “gibberish,” is the most extreme example. Which is appropriate, as it is both. “Walrus” is a nonsensical masterpiece. Its music, melodies, harmonies, and grooves were all compelling as ever; the chord progression is one of the strangest he ever wrote – all major chords which don’t really go together, though he makes it work. And his use of surreal language is  dizzying and playful, enigmatic and charged with energy.

My nominations, however, are songs which embrace the nonsensical  nature of the lyrics, and use it to effect.

Songs reflect human experience. Much of life, as we all learn, isn’t truly sensible. Even so much of history which is purported to be truth is not. Much that is purported to be true is designed precisely to make sense of what truth fails to clarify, and to help us endure the madness of modern times.

So, songs which reflect the madness more than they make sense of it are not only valid, but perhaps closer to the surreal virtual actuality of modern life.

“In the time of chimpanzees, I was a monkey
Butane in my veins, and I’m out to cut the junkie
With the plastic eyeballs.”

From “Loser”
By Beck

Here is our short list of our five favorite nonsensical songs, which we publish today with an open invitation for you to share those which you like best.

Perhaps the epitome of a great nonsensical songs, it was written by John Lennon for Magical in response to the convoluted and bizarrely erroneous interpretations of Beatles songs that fans were frequently creating. Knowing each phrase would be scrutinized with the seriousness scholars once devoted to Shakespeare, he intentionally included images and lines he knew would be especially provocative. Its inspiration, he said, was a combination of Lewis Caroll, spiritual texts, wordplay and LSD.

“The first line was written on one acid trip one weekend,” Lennon said to Peter Scheff of Playboy in 1980. “The second line was written on the next acid trip the next weekend, and it was filled in after I met Yoko … I’d seen Allen Ginsberg and some other people who liked Dylan and Jesus going on about Hare Krishna. It was Ginsberg, in particular, I was referring to. The words ‘Element’ry penguin’ meant that it’s naïve to just go around chanting Hare Krishna or putting all your faith in one idol.”

In those days,” Lennon continued, “II was writing obscurely, à la Dylan. It never dawned on me that Lewis Carroll was commenting on the capitalist system. I never went into that bit about what he really meant, like people are doing with the Beatles’ work. Later, I went back and looked at it and realized that the walrus was the bad guy in the story and the carpenter was the good guy. I thought, Oh, shit, I picked the wrong guy. I should have said, ‘I am the carpenter.’ But that wouldn’t have been the same, would it? [Sings, laughing] ‘I am the carpenter …’

I Am The Walrus
By John Lennon

Sitting on a cornflake
Waiting for the van to come
Corporation tee shirt
Stupid bloody Tuesday
Man, you been a naughty boy
You let your face grow long

I am the eggman (Ooh)
They are the eggmen, (Ooh)
I am the walrus
Goo goo g’ joob

Expert texpert choking smokers
Don’t you think the joker laughs at you?
See how they smile
Like pigs in a sty, see how they snied
I’m crying

It was the song that introduced him to the world. Yet he wrote it just to get attention during open mics, which he’d play around NY and L.A. during his scufflling, mostly homeless, days. Noticing the audience would tune out quickly when he started singing, he came up with something to keep them awake.

“I’d be banging away on a Son House tune,” Beck said, “and the whole audience would be talking, so maybe out of desperation or boredom, or the audience’s boredom, I’d make up these ridiculous songs just to see if people were listening. ‘Loser’ was an extension of that.” The owner of Bong Load records heard it, and introduced Beck to producer Carl Stephenson, who co-produced the song at his home studio.

The words for the chorus, he said, came when he heard back his own rapping. “”When [Stephenson] played [the track] back, I thought, ‘Man, I’m the worst rapper in the world, I’m just a loser.’ So I started singing ‘I’m a loser baby, so why don’t you kill me.'” In six hours, the record was finished.

In the time of chimpanzees
I was a monkey
Butane in my veins
And I’m out to cut the junkie
With the plastic eyeballs,
Spray-paint the vegetables
Dog food stalls with the beefcake pantyhose

Kill the headlights
And put it in neutral
Stock car flaming with a loser
And the cruise control
Baby’s in Reno with the vitamin
Got a couple of couches,
Sleep on the love seat

Forces of evil in a bozo nightmare
Ban all the music with a phony gas chamber
‘Cause one’s got a weasel
And the other’s got a flag
One’s on the pole, shove the other in a bag
With the rerun shows
And the cocaine nose-job
The daytime crap of the folksinger slob
He hung himself with a guitar string
Slab of turkey-neck
And it’s hanging from a pigeon wing

I’m a driver; I’m the winner
Things are gonna change
I can feel it

“Here we are now, entertain us
A mulatto, an albino
A mosquito, my libido
A denial, a denial…”

“I was trying to write the ultimate pop song,” said Kurt Cobain to Rolling Stone about “Smells Like Teen Spirit,” his most famous song, and the one which essentially launched his band, Nirvana.

“I was basically trying to rip off the Pixies. I have to admit it. When I heard the Pixies for the first time, I connected with that band so heavily that I should have been in that band—or at least a Pixies cover band. We used their sense of dynamics, being soft and quiet and then loud and hard.

The title, he said, came when his friend Kathleen Hanna, who sang lead in the band Bikini Kill wrote a graffiti ode to him on a wall:  “Kurt Smells Like Teen Spirit.” She was referring to the deodorant of that name, which he didn’t know when he used it as his title, thinking it was her way of expressing how revolutionary he was as an artist.

The song is built over four repeating chords in F minor that stay the same although the melody changes. Cobain never liked the main riff. “It was such a clichéd riff,” he said.. “It was so close to a Boston riff or The Kingsmen’s ‘Louie Louie.'”

Smells Like Teen Spirit
By Kurt Cobain
Load up on guns, bring your friends
It’s fun to lose and to pretend
She’s over-bored and self-assured
Oh no, I know a dirty word

And I forget, just why I taste
Oh yeah, I guess it makes me smile
I found it hard, it’s hard to find
Oh well, whatever, nevermind
With the lights out it’s less dangerous

David Byrne originated the line “stop making sense” in song, and exemplified this lyrical liberation from logic in many songs. This one, co-written with Brian Eno, who also produced it for their landmark album  Remain In Light is perhaps the greatest of their nonsensical masterpieces, as the use of disjointed language reflects the anarchic reality of everyday life. Even the grammar is intentionally skewed for effect, as in “she has give up hope,” which Byrne said is the actual wording he overheard a woman speak. He was touched by its poignant reflection of the perpetual chaos of everyday:

For a long time I felt without style or grace
Wearing shoes with no socks in cold weather
I knew my heart was in the right place
I knew I’d be able to do these things.

And as we watch him digging his own grave
It is important to know that was where he’s at
He can’t afford to stop…That is what he believe
He’ll keep on digging for a thousand years.

Never get to say much, never get to talk
Tell us a little bit, but not too much
Right about then, is where she give up
She has closed her eyes, she has give up hope

I turn myself around, I’m moving backwards and forwards
I’m moving twice as much as I was before
I’ll keep on digging to the center of the Earth
I’ll be down in there moving the in the room…

It’s one of many songs which were written to be funny, or to create the dumbest song possible, only to have it become a hit. Intended as pure bubblegum whimsy, it was the second Top Ten hit for R.E.M. From their 1989 album Green, it was inspired by a discussion of silly bands, such as The Archies and The Banana Splits. It was written, like all R.E.M. songs by all members of the band, Yet Michael Stipe wrote the lyrics always.

Of this one, he said, “They threw these super bubblegummy songs at me, and I said, ‘I’ll raise you and see you one.’ And I wrote the most inane lyrics that I could possibly write. Now, it was a very intentional thing to do that. I really like most of those songs, in fact.”

Peter Buck, the guitarist, said it was “without a doubt..the stupidest song we’ve ever written.” He quickly qualified this, given that it did become one of their biggest hits. “That’s not necessarily a bad thing though,” he said, saying it was not unlike “Louie, Louie” by the Kingsmen” which he considered another great song with “stupid” lyrics.

If you are confused, check with the sun
Carry a compass to help you along
Your feet are going to be on the ground
Your head is there to move you around

Your feet are going to be on the ground
Your head is there to move you around
If wishes were trees, the trees would be falling
Listen to reason, season is calling

If wishes were trees, the trees would be falling
Listen to reason, reason is calling
Your feet are going to be on the ground
Your head is there to move you around 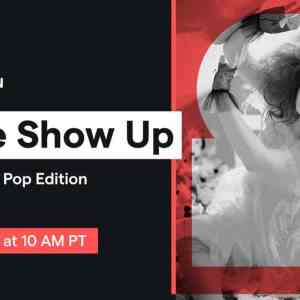 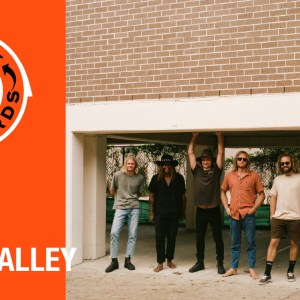