Right around now, Fay Wildhagen was supposed to be in the U.S.

In her native Norway, the singer-songwriter is already a “Grammy” nominated artist, picking up two Spellmannprisen (the country’s equivalent of the Grammy Award) nominations in 2019. Wildhagen has already left her mark in the north since her 2015 debut Snow and follow up 2018’s Borders, and before the coronavirus locked everything down, she was about to make her debut in the United States with several shows in New York and Los Angeles.

Back home in Oslo, Wildhagen seems content, despite the circumstances. Covid hasn’t hit her hometown of nearly 700,000 population as hard as more densely populated cities like London or New York, and while she was excited to come to the states, she knows her time will come.

Amid the worldwide halt, Wildhagen is fully transfixed on something else, her upcoming album Leave Me to the Moon (Live in Oslo), out June 26.

Recorded at the Oslo Conservancy Hall, November 2019, Leave Me to the Moon is a call back to her younger years making music in her mother’s basement. The community feel of band practice and that unexpected musical improvisation is something Wildhagen wanted to capture in a more intimate setting.

Leave Me to The Moon (the title taken from the Borders single of the same name), strips down each track, revealing more visceral interpretations of the songs reconstructed by Wildhagen and a curated group of musicians.

“It felt like an old school thing to do,” says Wildhagen. “I wanted to find the core of the songs. On the albums, they’re so big, and there’s so much going on. I wanted to just strip it down and go to the song’s core, explore new parts of songs that I haven’t seen before, and see the songs from different kinds of views.”

Opening on a jazz-induced and atmospheric multi-instrumental “Intro,” the performance transcends into a more ethereal and raw rendition of “Leave Me to the Moon.” Enveloped around tracks mostly pulled from Borders, including “Awake” and “Life of Pi,” Leave Me to the Moon also fits in Snow’s “Fire on the Mountain” and Wildhagen’s most recent folk-pop single “Different,” released November 2019.

For Borders’ “When I Let Go,” Ane Brun joined Wildhagen for the newer rendition. Wildhagen first met the Norwegian artist nearly 10 years ago when she was invited by a friend to do some backing vocals on Brun’s sixth album, It All Starts with One.

The two met several times since then, and when Wildhagen approached Brun via Instagram to join her on “When I Let Go,” and got a “yes,” she was stunned. “She gave the song something I didn’t know it had,” says Wildhagen.

Sonically expansive, Leave Me to the Moon is hypnotic from beginning to dreamy end. Through it, each song is a new creation, encapsulated around an orchestrated union filled in with Wildhagen’s piercing, intoxicating vocals.

“To use that space and be in this together as a huge group and just be together in the room and look at each other and play together as you do on stage, it’s kind of like finding your way back to music,” says Wildhagen. “In the sixties and seventies when they recorded albums, there were all the people who were playing on the record in the same room looking at each other, playing with each other. I wondered what that was like, rather than sending each other emails or saying ‘can you do a drums at your place or can you do some violin at your place?’ That’s so different. You lose a lot.”

Reconnecting to Borders, which was produced and composed by Wildhagen—with contributions from Nils Törnqvist (Lykke Li, Miike Snow), Tobias Fröberg (Ane Brun), Markus Jägerstedt (Robyn), and Kristoffer Lo (Highasakite)—made sense since the album was a a turning point for Wildhagen. It was more of her evolution as an artist, whereas Snow was more an album of her youth, written when she was 16 and 17 years old.

“Borders has so many elements on the production side, while the Snow album is pretty straight forward with bass, drums, guitars,” says Wildhagen. “Some of the songs on Borders had potential that people haven’t seen yet, so I wanted to show them that there is more to it.”

Borders was a next step for Wildhagen, not only a musician, but as a producer, as she explored more arrangements.

“I was kind of like a student,” she says.“You realize it doesn’t have to be so much stuff happening. I think that is what the live album tries to say. It’s like a search for the old country Western song, where there were just four chords, a good melody, and strong words.”

She says that playing so many shows and sessions can leave you wondering why you started in the first place, so the live album brought back some of this excitement, and nervousness. “That’s the magic that appears when you play,” says Wildhagen. “When I play in a band, and it feels like all the different personalities are just mixed together and everyone is so focused to make it as good as you can, and you just have maybe one to three takes per song.”

For Leave Me to the Moon, time was of the essence. Film crew in tow, the band only six hours to nail down each track. “It was this different focus, which was so exciting and very scary,” says Wildhagen. “You had to make a lot of choices really fast, instead of when you’re doing an album and you can think about the same choice for a year.”

The album is also another resurrection for Wildhagen. Over the past few years, she faced her own personal challenges, specifically a bout of arthritis in both of her arms, which prevented her from playing guitar. Prior to Borders, Wildhagen found it difficult to rehearse and feared she would not be good enough. “First and foremost, it hits my self esteem, like when I came back after being like two years away from the guitar and from stage,” says Wildhagen. “I am still working on it, actually. I have to own it all over again, because I worked my way up, and then it just crashed.”

Ultimately, her struggles make the release of Leave Me to the Moon all the more meaningful. “I felt pure joy for the first time in music after a long while,” says Wildhagen. “I felt like music is magic, kind of what you do when you’re little and you played guitar for the first year and then you got together and you played with a band for the first time and it’s like, ‘wow, we’re making something together.’ That kind of magic… I think I’m afraid to lose it.”

At the moment, Wildhagen says the slower pulse of Oslo not only heals her but continues to impact her creatively.

“It feels like home and it’s like quite small, and not as busy as Copenhagen or Stockholm,” she says. “The nice thing about it is that it’s surrounded by forest on the one side, the sea on the other side. So it feels intimate in a way, and you can walk or take the bus for 10 minutes and you’re in the middle of nowhere, and there’s no one else there. That’s important for me to have that breathing space just to be alone and think.”

“I want this Corona thing to be over with but for me it wasn’t like a big disappointment not to go now because it feels more important that we all take care of each other and the situation,” says Wildhagen. “It will be interesting to be on the bottom again, like a new artist. You don’t know anything about me, so I have the chance to catch you by surprise.” 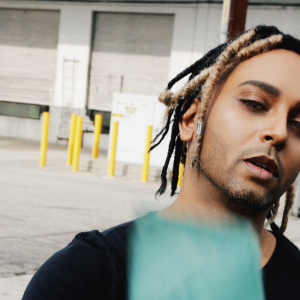 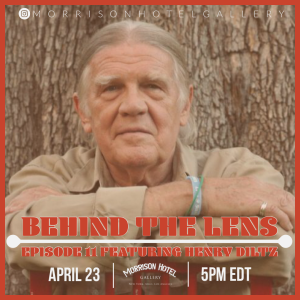