Brother and sister Clyde and Gracie Lawrence have been working on music together since before they can even remember.

“We were always performing together,” Clyde tells American Songwriter. “Whether that was in the living room for our grandparents or at school events or at functions around New York or bars or whatever. That was just a huge part of how we grew up.”

And now, both in their 20s, the Lawrence siblings are still making music together, just on a much, much bigger scale. With their 8-piece soul-pop band, Lawrence, Clyde and Gracie have been able to release a plethora of albums, work alongside some of their heroes and play shows across the country, all the while building up a base of devoted fans. Now, on May 21, the band is releasing their newest single, an incredibly uplifting bop entitled “Don’t Lose Sight.”

Co-produced by Jon Bellion and Jorgen Odegard, the song is an explosion of feel-good, sunshiney vibes. Between the bombastic synth-meets-brass-combo arrangement and the Lawrence siblings’ stellar vocal performances—Clyde’s voice has a tremendously soulful character to it, Gracie’s is stunningly nimble and expressive—“Don’t Lose Sight” is a testament to the years-long journey that led to this moment.

See, growing up, the Lawrence siblings got a lot of amazing opportunities thanks to the world they were born into. Working alongside their father—screenwriter and director, Marc Lawrence, who wrote Miss Congeniality, Did You Hear About The Morgans? and more—Clyde began writing songs professionally at 5 years old. In 2000, he penned the Miss United States pageant theme for Miss Congeniality, which paved his way to becoming the youngest member of the Songwriters Guild of America. From there, Clyde had caught the songwriting bug and hasn’t stopped chasing the dream since.

“I was gravitating towards music as a passion—or obsession, really—since an extremely young age, both in terms of playing instruments and writing songs,” he explained. “I was also absolutely fascinated by the bands of the ‘60s and ‘70s as a little, little kid. I started taking it really seriously. Through our dad, I had the opportunity to write some music for some of the films he was working on—so, at a super young age, I was surrounded by the idea of creative professionalism.”

At the same time, Gracie—who’s a few years younger than Clyde—was in tow, developing her skills as a vocalist and entertainer. “I was inspired by Gracie,” Clyde said. “She was a seriously amazing performer and singer. I saw myself more as an outsider, someone who’d be behind the scenes, writing songs and stuff. But she pushed me to begin making an effort to be a better lead singer, to find my personality as a performer.”

Likewise, once they started reaching their teenage years, Gracie was inspired by Clyde to start exploring the world of songwriting. From there, it didn’t take long for the two to start pursuing their craft on an even higher caliber.

“We kinda started to absorb each other’s skills,” Gracie explained. “I’m four years younger than Clyde—when he went to college, he met all of these guys at Brown and they decided to form a band. They played a lot of gigs at school, like in basements or other colleges in the area. They built up this fan base, so in my sophomore year of high school, I started going to the shows and performing with them.”

That was the birth of Lawrence the band, but to the siblings, the transition from “hobby” to “profession” was a no-brainer… in fact, it wasn’t even something they had to think about at all.

“I always knew we were going to end up working together,” Gracie said. “Our parents were always so supportive of our music and what we were doing together—they never made us think ‘Oh, this is just a hobby.’ From a really young age, we were like ‘This is what we do.’ When we got older and made it into a band, it was really just a continuation of that. We were just doing it and this is what it evolved into.”

Lawrence’s proper debut was their 2017 album, Breakfast, which they followed up with 2018’s Living Room. While both of these records show off the organic authenticity that Clyde and Gracie have come to embody, their sound has only continued to evolve, especially under the guidance of Bellion. Coming ahead of a new record—set to drop later in the summer—“Don’t Lose Sight” is the start of a thrilling new chapter.

“It was really exciting to work with Jon Bellion,” Clyde said. “We’ve been a big fan of his for a while. Incorporating him into the Lawrence family has been so fun. We can’t wait to keep that going.”

And it’s true—the band Lawrence has really grown into a family. Even in the creative process, their ability to understand and support each other is admirable. In fact, “Don’t Lose Sight” is a fantastic example of that.

“The day before we wrote that song, we were writing this other song, but I had just received a bit of bad news,” Gracie began. “I also act and, for months, I had been waiting to hear back about a part I really wanted… and I had just found out that I didn’t get it. That was really distracting and I was feeling really down about it. When we were writing that other song, I was so distracted and unable to be in the room and be present for it. So, the next day when we were writing more, I was like ‘Can we please write about this situation? I feel like that’s the way I’ll be able to contribute without feeling useless or that I’m not finding my way into the session and song.’ Clyde was super down, which is how we started ‘Don’t Lose Sight.’ Ultimately, it’s about not giving up despite the bad news.”

With that spark of inspiration lit, it didn’t take long for Gracie, Clyde and their collaborators to get a good song cooking. Starting off by laying the base foundation of the chord progression, they quickly decided to use one of their favorite tricks: turn the song into a duet with two different perspectives.

“We always come up with creative ways for Gracie and I to share songs because, being siblings, we can’t do the typical male/female duets you might expect,” Clyde explained. “I’m singing the more pessimistic part, while Gracie embodies the optimistic, ‘Don’t give up’ mentality, so it’s ironic that she was the one who needed a pep talk that day. And it’s funny too—fans are going to definitely assume that we’re writing about our experience in the music industry. Obviously, over the course of writing the song, we made it be about many things, but it’s funny how it’s actually drawn from an experience with the acting industry, not the music industry.”

From its therapeutic origins to its brilliantly colorful end-result, “Don’t Lose Sight” is a truly infectious song. With a cheerful melody and a driving groove, it’s almost impossible to listen to it without wanting to at least tap your toe a little bit. While the help from Bellion and their recent success in general certainly augmented what Lawrence is capable of as a band, the core of their output comes back to the same thing that’s been guiding the Lawrence siblings since the very beginning: their love for music, which is just as pure and earnest as it was all those years ago… both figuratively and literally.

“It’s funny—the process is not actually that different from when I was 4 or 5 years old,” Clyde said with a tinge of amazement. “I know some chords that I didn’t know then, I know some musical ideas I didn’t know, but I think that musically and creatively, my process is pretty similar to how it was then. In terms of how I think about it, it’s not that different at all. In fact, some of the stuff Gracie and I wrote as little kids still holds up. Sometimes we’ll be working on a song and we’ll go ‘Oh, you know what would make a perfect bridge for this song? That one idea from that song I wrote when I was 6. What if we just changed the lyrics and used that?’ We do that kind of thing all the time.”

And with new ideas coming in all the time, every day, the Lawrence siblings have many more incredible opportunities ahead. “I’m really excited,” Gracie said. “Every time we do an album, it always feels like us, but like the next chapter. Clyde and I think about our album cycles like a TV show and each album is the next season. I think that that helps us understand how things can change, what character we play and how much we want to stay true to the topics that we care about. Because of that, it’s going to be exciting for people to hear this new release. We’re also at the point now too where there’s a hungry fanbase ready to listen to it. So, it’s really exciting that there are people just as excited for this music as us.”

Lawrence’s new album is set to drop later in 2021—their new single “Don’t Lose Sight” is out now and available everywhere. Listen to it below: 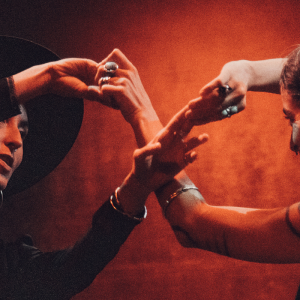 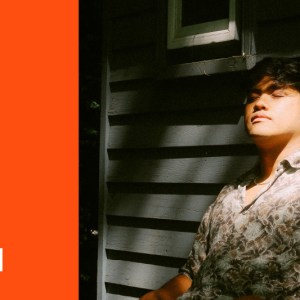