Leah Song, the lead vocalist of Rising Appalachia, spent the last year living like a monk along a riverbank in rural Costa Rica. What started as a personal wellness retreat turned into an 11-month hiatus from the real world, disconnected from traditional media and her bandmates. Her sister and co-lead vocalist, Chloe Smith took the opportunity to travel the United States, while Arouna Diarra (n’goni, talking drum) was in Arizona, David Brown (stand-up bass, baritone guitar) in Colorado, Duncan Wickel (fiddle, cello) in Brooklyn, and Biko Casini (world percussion, n’goni) was posted up in Nashville.

“There were moments of existential crisis, panic, wanting to be close to my family,” Song tells American Songwriter over the phone. “But I learned just to stay still—that’s what everyone was asked to do this year. It was a cultural reality check, I do a lot better with limited information access. Too much causes paralysis, so I try to spend time on what I can attain or effect change within.”

The band regrouped for a livestream in December. Reunited in their creative haven, they realized just how much they needed to respond to and it felt good. Song explains, “We were bubbling over with creativity and inspiration to be together again, and in the music again.”

By extending their trip by one day to record some rough ideas in the studio, Rising Appalachia was able to explore something they have always wanted to dig into. With no set expectations, they returned the next day with the same energy and set up mics for a round robin session.

Of the process, Song explains, “Each band member would start hook or tune, and the rest of us would improv around them. We passed the baton around—something we’ve never had the space to do, and we didn’t know what we would get. Maybe just really expensive rehearsal, or a couple of interesting tracks?”

Instead, the product was their new, previously unannounced album, The Lost Mystique of Being in the Know.

Recorded all in one day, some of the tracks were originally 45 minutes long. Listening through their hypnotic session, the band found “the diamonds in the rough.”

“You enter a dreamscape,” the artist beamed over the phone. “It’s like a movie score, traveling this river of experimental pause. The album is a creative response to a year full of unknowns. It’s not time yet to have clean and tidy answers.”

Over nine tracks, the neo-folk outfit became one again. Self-produced and recorded live in a room, this project is a lot more abstract than their previous discography. In the past, the sound has expanded from the sister’s guiding vocals. On The Lost Mystique of Being in the Know, each player molds the soundscape with unique contributions.

Though proud of their improv abilities, the vetted musicians continue melding the contemporary with the traditional—paying homage to their combined Appalachian, African, and Irish roots, and always represent the voices of those who came before them.

“No one would have asked for a year like this, of so much hurt and loss,” she says. “But going in and creating the album the way we did felt alive and honest to this moment. It’s something we’ve always wanted to do and we might not have given ourselves permission before this, given us wind in our sails.”

Listen to Rising Appalachia’s new album The Lost Mystique of Being in the Know, here. 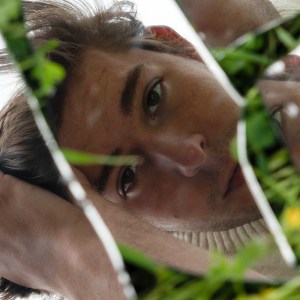 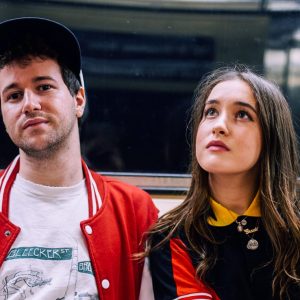