Let’s face the facts: the name Fender doesn’t initially ring “pedals”. Sure, they unarguably make some of the finest instruments and amplifiers you can buy, but you might question what they are hoping to accomplish with the release of six new effects pedals. It’s a normal instinct to be skeptical since the market is flooded with many new boutique stompboxes of all sounds and sizes. However, I assure you, Fender holds true to its high standard yet again; these pedals are awesome!

While the Fender Blender and the Fuzz-Wah were new and innovative back in the day, Fender hasn’t released much on the stompbox market since the ‘70s. Their budget-line of effects from a couple years ago were pushed under the rug by the heavy-hitters. So they went back to the drawing board on this new collection and earlier this year released six beautiful sounding and, must I say, sharp-looking pedals; the Pugilist Distortion, the Mirror Image Delay, the Bends Compressor, the Marine Layer Reverb, the Santa Ana Overdrive and the Level Set Buffer. Each pedal features a strong aluminum casing, a bright, old-school jewel light which screams classic Fender all the way, and switchable LED lights on the knobs, which become incredibly useful on dark stages.

Right out of the box, these pedals look great. The build quality will make these pedals last for years and years, and the layout and functions of the knobs make it incredibly easy to dial in your tone right away. The knobs are tough enough so that they cannot be easily kicked around while turning the pedals on an off or in travel, and the switchable lights make it so you can always get your favorite settings back on the fly. Globally through this whole line, the tone and versatility of these pedals place them in the same ballpark as your favorite boutique manufacturers. I can foresee each of these being favorites on pedalboards by high demand session cats in the near future. Let’s dive in to each!

Many players thumb their nose at normal distortion pedals, but the Pugilist Distortion just might change your mind. I was able to achieve a very tight, Mesa-esque tone that is much needed for a modern, searing lead tone, as well as lower gain rhythm tones that screams classic rock all the way. There are two unique gain stages, Gain A and Gain B, on this pedal that can be used separately or blended together to make this pedal super flexible for a broad variety of situations. No matter how much gain I added, this pedal tracked my fast, cascading licks real well while maintaining clarity and richness.

This pedal also reacts very naturally to the volume knob on my guitar just like an amp would, and I must add that this pedal cleans up nicely when I roll back my volume. That being said, I was able to do a whole “fly gig” with just this pedal alone and a back-lined Fender Hot Rod Deluxe, and was able to get every sound I needed to get through the show without really touching the controls on the pedal at all.

The Mirror Image Delay is one of the most versatile delay pedals I’ve used while maintaining a very utilitarian and friendly layout, which is very important when you’re trying to dial in your sound on the fly. Sporting three of the most popular delay types (digital, analog, and tape) with two “variations” of each that’s dedicated to its own toggle switch, you can get any of your favorite delay sounds that your heart desires without having to spend time fooling around with computerized parameters. I was able to go from an old-school, country-esque tape slapback to a U2-esque dotted-eighth note sound in the matter of only a couple seconds, which is incredibly important as time is precious in the studio. Although this pedal stays on for most of my show, turning it off does not cut off the delay trails, making it incredibly natural and not artificial.

The depth control inspired an array of new riffs as it adds a sort of thickness to the tone. I was even able to kick my old modulation pedal off my board by turning the delay time all the way down and cranking the depth up and using the rate knob to create a wide variety of tones ranging from a Cure-esque chorus to a faux Leslie.

Versatility aside, the Mirror Image stands in the same league as many of the other boutique delays I’ve owned in terms of believability between the three different modes. All three of them hold true to the classic sounds that we’ve known and loved throughout the years, and it’s all packed under one hood.

The Bends Compressor is one of those pedals that will never leave my board and is really hard for me to turn off. As mainly a country-rock picker and also the guitar player of a funky-soul band, my use of compression ranges from super-squashed to just a little sustain used to thicken. This pedal does it all. Again, with only a few knobs, my tone can be modified super quickly. With other compressors that I have owned in the past, there was always a battle of either the pedal squashing the tone and making it too thin, or it maintains the character of the guitar yet not being able to squash it enough. The Bends took that issue away. It also stacks really nicely with overdrives, which I’ve also had a difficulty with past compressors.

For guitarists that are relatively new to using compressor pedals, the Bends makes it so you don’t have to know much of the fancy names of the parameters. With controls including Drive (input volume), Recovery ranging from fast to slow (release), blend, and output “level,” you can doctor your tone to your liking relatively instantly. The blend knob became incredibly useful for me, as I would dial in a super-compressed sound yet dialed back the blend to maintain the natural character of my tone.

The Marine Layer Reverb stands alongside all the other multi-function reverbs that you can buy on the market. With the “types” including hall, room, and special with two variations of each (just like the Mirror Image Delay has), you are able to get any type of space you want from a short decay to a long, trailing shimmer. With four easy to use controls, it is easy to dial in a broad-variety of ‘verb that you desire. All the different modes sound natural and familiar, and create a ton of inspiration for new ideas. My use of reverb ranges from a hint of hall to a thick, lush shimmering verb and this pedal does all of that, quickly and effectively. The four easy knobs make it, again, virtually dummy-proof and simple to get your favorite ‘verb from.

Although there are a ton of different overdrives on the pedal market today, the Santa Ana Overdrive grew to be one of my favorites. I’ve always found the need to pack multiple overdrives for sessions as some sounded better with certain amps than others, but the Santa Ana is able to adapt to any amp I put it in front of by using the onboard 3-band EQ and the “voice” toggle switch. Being “amp-like” is definitely a must for overdrives since you are trying to emulate the sound of a broken-up tube amp, and the Santa Ana does that job quite well. The gain of this box is exceptionally musical and responsive to the volume knob of your guitar. Rolling my volume back to about half to ¾ of the way up makes for a very dynamic clean tone. And when you dig in and slam some power chords it starts to break up exactly like your favorite tube amps would.

The added bonus of this pedal is the boost switch, which could be placed either before or after the overdrive circuit. Whether you’re using it as a level boost for solos or a gain boost to get more “girth” out of your tone, I found myself kicking this switch on and off throughout the night. I’ve also done shows and sessions using just this one pedal and it does the job very well, becoming one of my “Swiss-army” pedals. It is basically two pedals in one!

Last, the Level Set Buffer does more than you think it will. Put at the end of my signal chain, it reinvigorates the tone that I have lost through running ten pedals in line with each other and also doubles as a mute switch when it’s turned off. The biggest thing about this pedal, though, is its ability to let you switch guitars throughout a show without having to change any of the parameters on your other pedals or your amps. I know personally that it is always a pain to switch from my vintage Telecaster with low-output pickups to my Les Paul with higher output humbuckers, as my rig never reacts the same. The Level Set Buffer has an overall level control and a high-frequency control to tailor your guitars to your rig. Whether your Tele is too low compare to your “Paul”, or the “Paul” doesn’t have as much presence or shimmer as to the Tele, those two controls make it so you can easily make those guitars more comparable to each other. Each of those controls features plus or minus 10 dB of gain in each of those parameters, making the toughest situations possible.

The Level Set Buffer also contains a “load” toggle switch, which I tend to leave engaged all the time. It makes the pedal respond a little more like the front end of your favorite tube amp and makes the pickups respond better to your rig. It also has a tuner output so you can keep your tuner on at all times without affecting any other part of your rig.

Though these pedals are amazing on their own, I also found that they all work quite well together. I put them all on a Rockboard Tres 3.1 pedalboard powered by a Rockboard Power LT XL and I must say, it stands tall between my other “boutique” built boards and found permanent real estate as my main travel pedalboard. The amount of versatility and quality you get from these Fender pedals would be highly competitive on the market at any price. Yet the cost of these pedals is refreshingly affordable, with listed prices ranging from $99-$200. 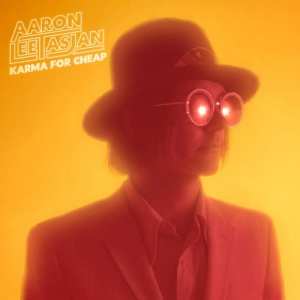 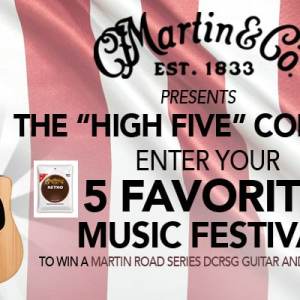