For Julia Massey, lead singer and front woman for the Seattle-based neo-surf band, Warren Dunes, making an album is a lot like putting together furniture from a box with foreign instructions. Perhaps that’s why the universe blessed her with deity-like patience and a penchant for bringing the best out of others along her journey. While Massey has enjoyed a fruitful solo career in the Emerald City, over the past couple of years she has joined forces with her husband (Jared) and brother-in-law (Dom) to form Warren Dunes. With a debut EP out in 2019, the group has eyes on a new release in 2021 and, with that in mind, are happy to premiere their latest single, “Fishbowl,” and its mesmerizing, minimalist video here today.

“We are working on a new album,” Massey says. “It feels like putting together a super-complex piece of IKEA furniture. We can visualize what we want, it’s just a matter of not skipping steps and not stripping screws.”

Warren Dunes features Massey on keyboard (live she plays two at once). Her music is spritely but purposeful, dynamic but thoughtful. Jared plays electric guitar, showing off harmonics and eerie pedal effects with the general smash-crash of lightening and thunder when desired. Dom, on the kit, plays almost psychically, as if each arm can multiply to several. It’s a trio borne of years of collaboration and living together. Along with the band, Massey and husband have a young son, Carl, who helps to inspire the music (Harry Belafonte is a favorite).

“Family is special because of, hopefully, unconditional love,” Massey says. “This means that you get to expand and get stuck together.”

Some of Massey’s first musical moments come from sitting in a maple tree growing up on the east coast, singing songs about everything that was in her mind. Jared and Dom found music in church as kids in Michigan. The band, as many perplexed Googlers might find, is named after the state park in which the brothers played as boys. Massey met Dom in he first month in Seattle after moving to the Pacific Northwest – Jared and marriage followed. The family band’s latest collaboration, “Fishbowl,” is a delightfully, mildly murky track evoking bubbles rising to the surface. But it has a bigger meaning.

“It’s about admitting your weaknesses,” Massey says. “And asking for help. It’s about making yourself vulnerable during dark times and finding strength in the little things, like taking a walk with someone and holding their hand.”

The track comes on the heels of Warren Dunes’ last release, “Cool Mom,” an instrumental that smirked at its own title.

“’Cool Mom’ is a celebration of the nurturing power in all of us,” Massey says. “Someone very special in our lives heard the song, which has no lyrics, and suggested the title. It seemed to fit perfectly. It felt like a great opportunity to take a phrase that might make someone cringe and associate it with a song covered in chops and joyful noise.”

Songs often spring from Warren Dunes out of that very idea: joyful noise. The band is prolific, even if relatively new. That often stems from Massey’s innate – and rather uncanny – ability for understanding and empathy. She is open to the stories and ideas of others and, as a result, is open to plenty of creative inspirations. And while the band is not political, per sé, themes of humanitarianism often show up in lyrics.

“We are reconciling these times like everyone else,” she says. “Whether or not you wanted to know about issues of racial injustice, climate change, fascism and the polarization of our political body, we are all faced with it.”

Massey, during the weekday, is an elementary school teacher for children with special needs. She comes up with jingles during the workday that sometimes end up in her band’s music. It’s the result of being a complete, musical person, guided by the through-line that is her greatest gift: mirth. And while Massey is aware of her surroundings day-to-day in a city full of contradiction – homelessness coupled with great wealth; brilliant nature covered by grey and rain – music continues to lift her spirits as well as those who cross her path.

“I love that feeling when I close my eyes and picture floating in the cosmos,” Massey says. “Mac Miller’s song, ‘Good News,’ has a part where there’s a little astronaut character floating in space who then gets absorbed into this Buddha’s third eye made up of different galaxies. It’s like that.” 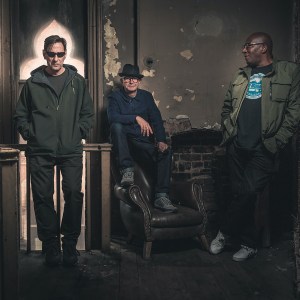 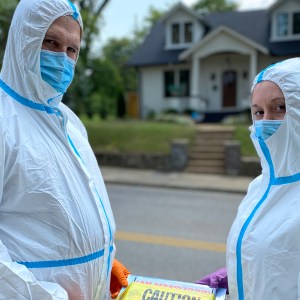