This was a long time coming.

Fleetwood Mac is one of the few major acts left with much of its deep catalog in dire need of remastering. While the Buckingham/Nicks period has yielded upgraded and deluxe expanded editions, the band’s less heralded but still essential work from the titular years generally has not been revisited in terms of improved audio and extra material. There also haven’t been any official live recordings from (the late) Bob Welch era, a fertile period which includes fronting Mac beginning with 1971’s Future Games and ending in 1974, before being replaced by Lindsey and Stevie.

That has now been rectified with this box.

It reproduces eight studio albums starting with 1969’s  Peter Green swan song, Then Play On (the only disc previously sonically improved and lengthened) and follows the UK band through multiple personnel and musical changes. Those find the group shifting from the psychedelic blues rock of Green’s final bow to the Welch’s dreamier West Coast pop, ending with 1974’s soulful Heroes Are Hard to Find. Also included is the first official appearance of a heavily bootlegged December, 1974 live concert, recorded without an audience in The Record Plant shortly before Welch’s departure.

Since all these albums excepting the concert have already been released, the attraction is the unearthed tracks added to five discs and buffed-up audio. The previously unreleased material is a mixed bag. For all the gems like Danny Kirwan’s lovely “Dragonfly” and “Purple Dancer” now appended to 1970’s Kiln House, or the handful of alternate versions of songs from ‘71’s Future Games (including “What a Shame” that extends the track from under three minutes to over eight), there are far less remarkable mono and single edits, of interest to the hardest core FM fan. And while the audio is better, crisper, and more present than the old, non-remastered discs transferred during the earliest CD days, little is revelatory.

Still, the music stands up.

Fleetwood Mac never got clever or followed trends, so organic slightly wistful pop/rock items like Bare Trees, Future Games and Mystery to Me belie their 45-51 year old status. Christine McVie’s songs—she contributed a few per album starting with Future Games—remain as effortlessly melodic and timeless as her more popular work post 1974. Welch gradually picked up the bulk of the songwriting during these years and by the time he bowed out after Heroes…, had pushed the band into an often haunting, somewhat soulful direction epitomized by songs such as “Hypnotized,” “Sentimental Lady” and the title track to “Future Games,” which haven’t lost, or even diminished, their charm over the decades.

The impressive and often loose live set displays how effectively Welch interpreted older Green standards like “Black Magic Woman,” “The Green Manalishi,” and an eleven minute “Rattlesnake Shake,” incorporating them into the newer material. While his six-string skills can’t match Green’s, he holds his own in that department. It’s a solid show with plenty of energy even without the encouragement of an audience.

Green’s last stand with Then Play On that includes the classic “Oh Well” (parts 1 and 2) and “Rattlesnake Shake” is essential to any music lover’s collection. And while there may be a few individual clunkers sprinkled throughout (Penguin is arguably the weakest of the batch), it’s remarkable how much quality music Mac created in this relativity short time span.

Unfortunately the discs are not available individually, at least initially, but that will likely change. All are also being pressed into vinyl for those who want the full 1970’s experience.

It is currently available for fans to pre-order, HERE. 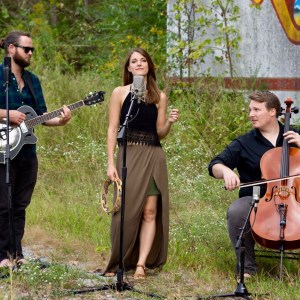 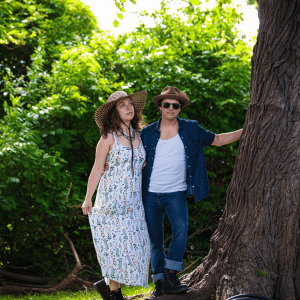