Texas Gentlemen keyboardist Dan Creamer and guitarist Nik Lee could happily chat for hours about the band’s new album, Floor It!!!. But the songwriters and co-lead singers feel compelled to clarify another record first: their historical one. Specifically, they’d like to note that the Gentlemen did not set out to become Texas’ go-to gang of studio cats, like LA’s Wrecking Crew or Muscle Shoals’ Swampers.

Yes, they’ve contributed to albums by Jonathan Tyler, Paul Cauthen, Nikki Lane and others, and they love backing Kris Kristofferson or George Strait or Ed Sheeran or Shakey Graves, as The Band did with Bob Dylan. But they originally joined forces because Creamer’s brother needed a sub for some Dallas dates.

Creamer and his housemates, all musicians, often jammed together, so it was no stretch for them to learn some covers and play the gigs. Amusing one another with obscure references, “top this!” challenges and even unintentional deviations, they soon developed true musical telepathy — and, Creamer says, a willingness to “just follow the instinct and play what feels right.”

“Somewhere along the line, we started writing songs specifically for this group,” Nik Lee explains. In 2017, they released their debut, TX Jelly, recorded in four days at Muscle Shoals’ FAME Studios. By then, their versatility and fun-loving nature had already led to their breakout moment: a Newport Folk Festival set with Kristofferson. He enjoyed it so much, he took them on tour.

Creamer appreciates having bandmates adventurous enough to support whatever his stream-of-consciousness writing style unleashes. Citing “Bare Maximum,” he says, “I would’ve never thought, ‘OK, we’re going to write a song that reminds me of robbing a bank.’ It’s like this (James Bond) 007 vibe, very serious and very sinister-sounding. It’s not something I would expect us to do, but when we’re in the middle of playing it, it’s absolutely right.”

That extra dimension comes from David Pierce’s string and horn arrangements. When Creamer first heard the strings, he recalls, “It blew my mind so much, I had to do a lap around the studio.”

Adds Lee, “It really blossomed into a huge sound.”

It’s fun to play “name that influence” as they pay homage to history while blazing their own path through these songs, but the excitement comes from inventive, unexpected twists. “None of us are really purists,” says Lee. “(We) appreciate tons of different styles and draw from many wells. When it’s all laid out, it looks eclectic. And I like that.”

Their deepest well taps a stream of pleasure-inducing ’60s and ’70s references. “Dark at the End of the Tunnel” beautifully evokes Joe Zawinul’s spirit. Elton John’s Tumbleweed Connection and Steely Dan intersect on “Easy Street,” while Aaron Copland directs traffic. In “Last Call,” Leon Russell and his Laurel Canyon pals drink with the Kinks, Zombies and Small Faces until even Ray Davies admits The Beatles’ Sgt. Pepper’s rules. “Floor It!!!” — from bassist Lee’s favorite line after someone maneuvers a rig into a tight spot — somehow sandwiches Harry Nilsson and T. Rex with gospel and circa-World War I jazz.

Produced by Matt Pence, Floor It!!! suggests an epic odyssey — or a concept album, one that could morph into a great theatrical production.

That observation draws a slow “ohhhh, wowww,” from Creamer, his mental gears already turning, just as they did when the idea struck for a Floor It!!! game. The vinyl gatefold became a “Chutes & Ladders”-type board, with game pieces featuring band members in sober and non-sober states. (It is a drinking game, after all.)

Creamer says it visually represents how the songs connect — which wasn’t completely intentional, but became evident as they progressed. The inside jokes were totally intentional, but when they expose one, it turns out to be far more than an amusing Easter egg. Once cracked, it actually reveals the key to the Gents’ existence.
When Lee sings in “Charlie’s House,” “We gotta flip on our heads to find our feets,” he’s nodding to ’70s fusion band Stuff; on TX Jelly, they quote a Stuff guitar lick — from a song titled “Foots.” But cute feets/foots wordplay isn’t the revelation. Stuff is. That band not only had a remarkably familiar-sounding origin story, its members collectively had as much impact on popular music as The Wrecking Crew. Even if the names Gordon Edwards, Richard Tee, Eric Gale, Cornell Dupree, Chris Parker and Steve Gadd don’t ring bells, their timeless riffs on a zillion classic tunes will. Turns out Floor It!!! is one big trail of jazz/funk/blues cookie crumbs leading straight to Stuff — a band, not a studio band.

Well, that explains everything.

Check out our review of the album, ‘Floor It!!!’ 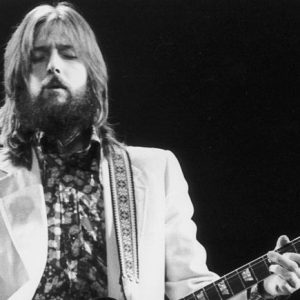 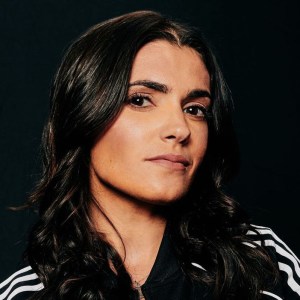