What started as a string band quickly evolved into Chattanooga’s fan-favorite touring group, Strung Like A Horse. Their signature brand of Americana is distilled from old-school storytelling, newgrass instrumentations, and alt-rock edge. The band, featuring Clay Masselle, Eric “Crispy” Crisp, Dan “Danimal” Pinson and Tyler Martelli, shares their lead single, “Forget What They Think,” ahead of their debut studio release, WHOA!, today on American Songwriter.

“I was intrigued immediately by the band’s energy and sheer love of music, says Ross-Spang. “You can hear their home and heroes in these songs, but just enough to help them carve out their own sound. The way they approach Americana is truly unique.”

The band diligently worked through a prospective list of producers to entrust with this project. Listening carefully to interviews and personal stylings, Ross-Spang resonated with them almost immediately.

“He seemed like he had a cool vibe and did the old school, four-track tape-style because he’s from Memphis and he worked with the Sam Phillips Recording Studio,” says band frontman Clay Masselle. “Fast forward, we get in the studio with him, and he really allowed us to be ourselves. We didn’t have to call a bunch of session musicians to play for us. He made it a nice comfortable experience.”

The band cited the producer’s mic-ing techniques and care for continuity in his live take approach as their most organic experience with sonic tinkering. Rather than adding pop-filters and post-production edits, Ross-Spang opted for mid-session mic re-arranging. Instead of separating the bandmates, he played their chemistry to their advantage, keeping live vocals on all but one track on the record.

“All the tricks were done in real-time, he got it right off the bat,” says Tyler, the lead guitarist. “It was a live take that we got, with maybe a couple of overdubs here and there. Pretty much everything was captured in real-time, which was such a wonderful.”

The band wrapped up their studio sessions over a year ago, with initial plans to release the record in March. Like many others struggling in the music world, the band tabled the release, waiting on the right moment to share their message. Their album-opening lead single, “Fuck What They Think,” meets this moment from the band’s perspective.

“It almost feels like it could have been written for this time,” says Clay. “If you’re trying to create yourself to be like something you think other people like, especially in music and songwriting, it takes away all the creativity. You can get stuck in that rut of trying to create music for certain people, radio, or whatever. I wrote this song, realizing I was starting to do that and then having to check myself and be like, ‘That’s not working out very well, go back to what you know.’ What I know is doing what kind of what feels right, not forcing something.”

Dan adds that his favorite line is, “You can’t hide your heart with a new coat of paint,” laughing that it once served as one of his Facebook quotes. Each band member reinforced the fitness of this track as an introduction to their collection. As a whole, “Forget What They Think” takes the cake as far as their pride in sharing this work. However, some of the songs speak to each of their backgrounds and contributions.

Track 12, “Dreaming” was ranked highly by both Dan and Crispy. “It’s got a lot of cool elements and takes you on a ride,” says Dan. Crispy added that similar to this “spacey, vibey” track, the mid-album “Glowin” displays some edge to the Americana band, filling a void in his rocker heart.

Clay shared two songs that bring him back home. “Gold In Their Souls” is an ode to the people of Mississippi, where his roots run deeply through the center part of the state. “Pelahatchie Nights,” derives from a similar place in his soul. Named for the small, swampy area where he was raised, the song pays a sonic tribute to the sounds of Missippi.

Tyler seconded Clay’s selection of “Gold In Their Souls,” pointing to a specific component. “I’ve got a pretty rockin’ solo on that, so met my quota on that one,” he laughs. “But also, up until we cut the song, we played it completely differently. There was one gig at a brewery where we started to open it up and make it what it is now.”

He continued adding that his actual favorite, not egotistical song choice is the moodier “I Was Born Here.” “I like, sad, depressing things,” says Tyler. “And it’s got the most subtle amount of experimental noisy, psychedelic stuff in the background of it and It’s cool. It’s enough for you to notice it, but for the people who actually get into that stuff, if you put it on some good speakers or some headphones and start hearing all those sounds swirling around, it’s a trip.”

As they went through their favorites, each member grew more enthusiastic. They cohesively concluded there isn’t a song they don’t love. Unlike their previous works, each component plays a part in the story delivery, without one filler track.

“It’s a complete transformation,” says Clay. “There are a few hints at the way the band sounded before the record, a few connections to give the old sense of the band, but it’s still a complete makeover. We think it’s the best shit we’ve ever done.”

Listen exclusively to the “Forget What They Think”, here. 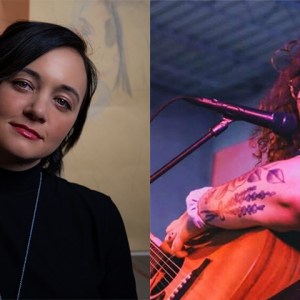 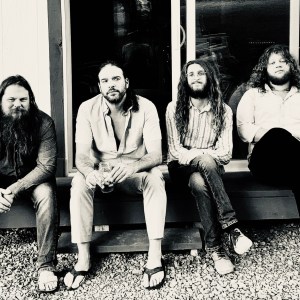