After all the batshit crazy that was 2020, it’s time to have some damn fun again and by the grace of God, Forty Feet Tall is here to do just that.

Born in L.A. but truly cultivated in Portland, the four-piece outfit comprised of Cole Gann (vocals / guitar), Jack Sehres (guitar), Brett Marquette (bass) and Ian Kelly (drums) straddles the line between indie rock and melodic punk. Put it this way; if The Strokes and The Struts ran headfirst into each other, Forty Feet Tall might be what walks out of the collision.

Leaning headfirst into the new year, the boys are lighting the wick of 2021 in fantastic fashion with their new tune “Julian.” Seemingly straight out of the heyday of MTV where musical creativity was championed and visual, abstract ingenuity was king, it’s almost a toss up as to which is more fun, the video or the song itself.

“The video started as a romanticized beer run, a sort of post-apocalyptic adventure to find the last of the ale, but it quickly turned into a more sinister heist montage with a teasing ambiguity and intensity,” lead singer/guitarist, Cole Gann tells American Songwriter. “What’s in the briefcase? Who’s behind the mask? And where the hell are we off to? The high stakes of a getaway compliment the high energy of the song, but we always tried to keep an air of playfulness throughout. Our incredible director and editor, Haydn Cieri, strung our sometimes ridiculous ideas together and made them work, if not blossom under his vision.”

Delivering with a burst, “Julian” clips along riding a deep, heavy bass groove yet white capped with delectable guitar. There’s really no other way to say it, “Julian” flat out moves.

“The song came together as many of ours do, as a sort of amalgamation of ideas—Brett’s heavy bass riff paired with the jabs of Jack’s guitar as Cole croons with a wink and a nod to bands like The Strokes or The Arctic Monkeys,” Gann says. “The end of the song was a turn from our normal high energy crescendo though, letting the instruments fade as the harmonies ring out, ending the song in an almost spooky void.”

“The lyrics revolve around a simple love story, two people unsure of their commitment, yet trying desperately to have a good time. All this, with a backdrop of a world quickly crumbling around them—a feeling we’re all too familiar with,” he continues. “The images of the verses evoke an almost childish reverence and playfulness, while the choruses drag the listener back to reality; ‘I just fake and I feign and you just laugh and do the same…’”

Forget the year of fire the world has been walking through, Forty Feet Tall succeeds in moving us all past that. If just for a moment, “Julian” reminds us that it’s time to get back to having fun, and doom and gloom only has a temporary hold.

“While people grapple with truly unprecedented times,” Gann concludes, “it’s a story of a ferocious attempt to forget for just a moment and try to engage in something like romance—something that now can seem so far away.” 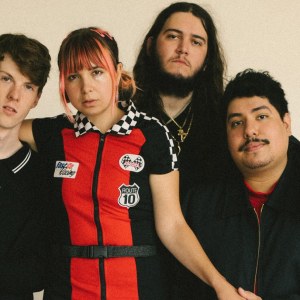 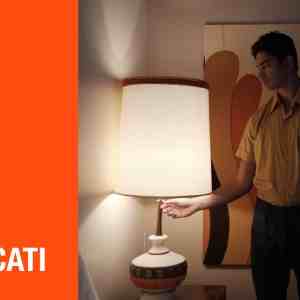