Trifilio credits the bands’ close ties to their ability to capture her raw, raging emotions with impeccable empathy.

The sophomore EP follows last February’s Honeymoon—Beach Bunny’s highly acclaimed, pre-pandemic debut. Their 2020 LP paints a somewhat optimistic picture of love, wearing through the wonder of infatuation with upbeat garage rock instrumentation. Blame Game brings the honeymoon phase to a screeching halt. The previously love-struck narrator has been tainted—and it shows. Where Honeymoon centered on the highs and lows of new love, Beach Bunny’s latest aims at toxic masculinity, sexism, and the emotional labor of unreliable relationships.

Written while cooped up from Covid-19, each track sinks into an overall theme of drastic discontentment with mind games and manipulation. Trifilio describes the extended play as “a conversation between a femme person and a sexist society.” She explains that “sonically, ‘Blame Game’ is more heavy, aggressive and lyrically a lot angrier.”

“Most of the time I’m writing from firsthand experience,” Trifilio tells American Songwriter. “And I was in a very enraged mood during this period of time.”

In August, the band brought four solid selections to the studio in Chicago, and producer Joe Reinhart (Hop Along, Joyce Manor, Modern Baseball) got to work on Blame Game.

The single, “Good Girls (Don’t Get Used),” kicks off the collection in a fitting manor. The punchy-pop track confronts the fuckboy crisis facing millennials everywhere. Standing atop her newfound self-loving pedestal, Trifilio dresses down the person who had previously picked her apart.

“Gotta show me / If you wanna know me / Maybe you would know by now / I’m the greatest thing that you could have,” she seethes triumphantly, backed by persistent percussion from Alvarado.

In addition, the band released an official music video for “Good Girls (Don’t Get Used),” directed by Lua Borges and produced by Everybody’s Baby. The video employs imagery of arcade-style games to deliver a humorous condemnation of child-like behavior.

Elevating its instrumentation on “Nice Guys,” Beach Bunny exhibits sonic growth. Vaccaro contributes what he proudly describes a “noisy guitar thing”—something different from his usual work on the bass.

“That’s just one example of how we stepped out of our comfort zones,” Vaccaro explains. “We want to keep pushing ourselves because every time you put something out, you want it to sound better and better.”

The closing title-track takes another angry turn. The chant-like punk protest tune defines what it means to be a woman from the perspective of an angsty globally-facing 23-year-old. While Trifilio admits she’s feeling better now, her messaging remains the same. Behind the rage lies solidarity in resistance and a refusal to be played. 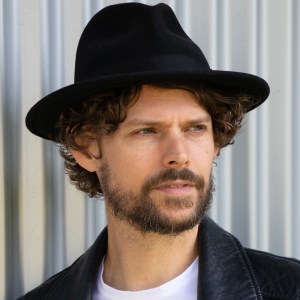 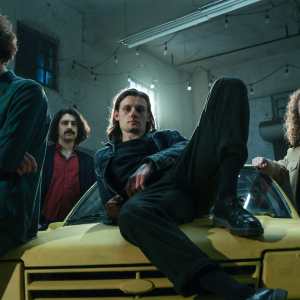