“Ever since I can remember, country music has been the driving force in my life. It really wasn’t a question of if I would pursue it, but more a question of when,” Alexander Ludwig, Broken Bow Records’ latest signee, tells American Songwriter.

Raised near Vancouver, the lifelong country fan picked up the guitar at 9 years old. By 12, he had written his first song. His creativity diverged into Hollywood success, landing lead roles in Vikings, Lone Survivor, The Hunger Games, and Bad Boys For Life.

“I’ve always loved entertaining,” he continues. “If I wasn’t sitting down with my guitar writing songs as a kid, I would be filming little short videos with my friends. It was just that acting took off before anything else, and looking back, I am so grateful it did because it allowed me the time to really get my reps in with regards to my music and finding my voice.”

The Nashville newcomer says he arrived in Music City a few years ago with “his hat in his hand.” With a firm understanding that his success on the West Coast did not translate in Nashville, Ludwig was ready to earn his spot in town. He credits fellow songwriters Kurt Allison and Tully Kennedy—both members of Jason Aldean’s band — as his “saving grace” that led him to his self-titled debut EP, released May 21.

When he met Allison and Kennedy he says, “we immediately clicked. The two worked with Ludwig to produce the entrance project.

“It wasn’t as much about finding who I am as an artist, it was finding what I am not and I think going into it, we all had the same feeling that we are not about chasing trends,” says Ludwig. “We were gonna do us, stay in this lane and do it the best we can for as long as people will have me.”

He remembers the first time he heard songs like Alan Jackson’s “Drive for Daddy Gene” or Kenny Chesney’s “Summertime,” and the lessons on gratitude they brought him, even at a young age. He believes “great songs are moments in time,” and his debut EP pays tribute to those songs that led him here, in hopes to recreate that feeling for the next generation.

“When I first got to town a few years ago, I thought I could write a good song, but after sitting in those rooms with such incredible writers, I realized I had a long way to go,” he humbly shares of his journey.

But the album close, “Summer Crazy,” which Ludwig penned with Justin Wilson, Allison, and Kennedy, exhibits his growth as a songwriter.

“This song, to me, was one of the first times I went, ‘Holy shit, this is good,'” he says. “It’s another moment in time that just drops you right into summer and, especially right now, I feel like it couldn’t be coming out at a more important time.  I miss these summer anthems, and I can’t wait for people to hear this one.” 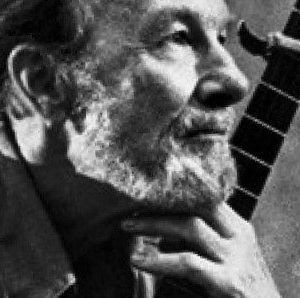 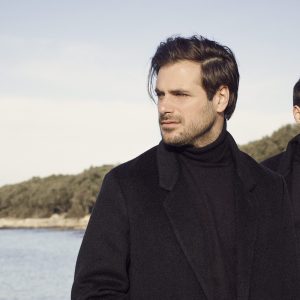