Growing up, there seemed to be an endless flow of old sayings offered up as advice which made no sense.

In terms of writing, one of the main ones was this: “Show, don’t tell. “

In this way, the reader/listener is not distanced from the story. Imagery can also be a potent tool when used symbolically, or as a metaphor. That is the use of language to show the essence of a thing by using physical imagery to link it to something abstract. For example, “Your love is the brightest star in the sky.”

But my first major introduction to show don’t tell – and the meaning of metaphor – came from Pete. Pete Seeger. He was a hero to my father and our family. Because he had the courage to speak out not only with words, but actions, about injustice in America. Though freedom of speech is granted to all Americans, so is the freedom to hate those who say things you don’t like. So the same man who was called “America’s tuning fork,” and “a living saint” was also called “Kruschev’s Songbird” referring to the leader of the USSR, the Putin of the day.

One of my earliest memories was sitting at the feet of this living saint. I grew up in Chicago, where my dad took me to a little concert hosted by his friend, Studs Terkel. Studs was a great author and beloved radio host. It was a solo Pete Seeger concert, held in what I remember as a fairly small, intimate space. Sitting on the floor in front of the stage I looked up at these giants.

I remember Pete playing banjo then, and singing. All kinds of songs, and all people of all ages were his audience. I don’t recall much more, except a sense of calm joy being there at Pete’s shoes. A good place to start. My guess is that the year was 1964, or thereabouts.

Leap ahead a few years to February of what would be a momentously tragic year in Chicago and all of America, 1968. Back then there was nothing on TV we loved more, or which seemed really cool in a new, youthful, electric way, than The Smothers Brothers show. Not only was it hilarious, and with humor that belonged not to my father’s generation, like all the other shows. It was about our generation, our humor. And also our heroes, as rock icons and folk ones too – such as Peter, Paul & Mary – often appeared here and nowhere else.

I remember my father’s excitement informing us that, coming this very Sunday night, Pete Seeger was going to be on The Smothers Brothers show. I liked Pete then already. I was ten, and music mattered to me more than anything. But I think I was surprised that Pete – who was a couple years older than my father, would be on this show usually devoted to younger musical heroes.

Then my dad gave me the full story. Which made an impact never to be forgotten: He said it was extraordinary that Pete would be on this national TV show – or any TV show – since he had been blacklisted for the last many years.

Blacklisted? It was a word I’d never heard. He explained. Because people found Pete and his songs to be dangerous, he was never allowed to be seen on TV, or heard on radio. This would mark the first time in 20 years he’d been on TV.

Pete Seeger – this kindly, wise, whimsical old man who sang “If I Had A Hammer” and played that great banjo of his – he was dangerous? That didn’t make any sense to me, and my dad didn’t help much. He said people feared Pete because he had gone to some Communist meetings long ago, and expressed ideas which they felt were anti-American.

Anti-American? What did that mean? Was not America the entire world? Seemed that way back then. Especially because in the classroom of our suburban Chicago public school I faced a map every day of America. And it was an island. It was not connected to any Canada above or Mexico below. It was its own world, and that seemed right. So being anti-American, to me then, seemed as sensible as being anti-oxygen, or anti-water.

But I got schooled that day. From my dad, who attempted in his gentle and humorous way to expand my understanding, and let me know that much of what we did – such as wage war in distant lands like Vietnam, as we were at that moment, drafting thousands of boys to go there and fight – wasn’t always great.

But Pete, he explained, was never anti-American. He was the very opposite, Not only was he forever a champion for America, he was also a scholar, historian and activist on behalf of this country. With a kind of courage I’d never considered prior to that, Pete would sing the truth in his songs, especially when it was a truth being concealed. Which is why, as I learned, this authentic American hero was hated by many, and feared.

That night on the show he didn’t let us down. He sang some old folks songs first, and played his banjo. He put on his guitar and sang a new song he wrote. “Waist Deep In The Big Muddy.” It was a cool song and I remember liking it. Though I had no clue what it meant. My dad told me. The main refrain of the song  – “we’re waist-deep in the big muddy, and the big fool says to push on” – was a metaphor, he told me.

It’s then he taught me a great aspect of songwriting which I never knew. Show don’t tell. Metaphor. Symbolism. That big fool telling his men to push on was our president – LBJ – – and the big muddy was Vietnam. The song symbolized the tragic foolishness of sending young men to die for a lost cause.

In fact, America wasn’t ready to hear this song. Soon after that, The Smothers Brothers show was cancelled, and replaced by “Hee-Haw.”

And Pete, who used his moment back on TV as an indictment of LBJ’s Vietnam policy, was summarily blacklisted again.

But after that LBJ was gone. He did not run for reelection. The power of song is never to be underestimated.

It was at that moment, after gradually digesting the meaning of these events, that my love of  songwriting, which was already vast, became devotional. That mere songs, these concoctions of conscience, heart and soul, would  be deemed dangerous for expressing  truths which the wicked want silenced, made the thing ever more appealing.

Add this idea of metaphor – that songs employed coded language – to the power of song, which had already transformed my existence and given me purpose, expanded. It was then I first grasped the limitless potential of what can be done in song.

It all came from Pete. From his courage. His intellect. His heart. And his great and generous love of music. 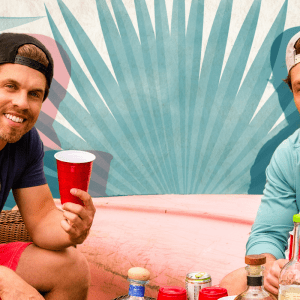 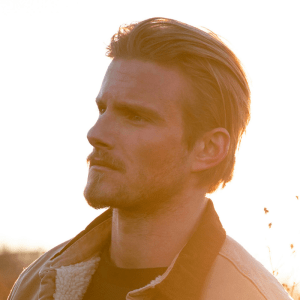