Gary Barlow has done it all in his career. He’s toured the world as frontman of U.K. sensation Take That, achieved platinum status many times over, snagged numerous chart-topping hits (as a soloist, band member, and songwriter), and even become a talent show judge. But he’s never made an album with an orchestra.

It’s hard to believe it took so long. Yet here he is with his first solo record in seven years ─ called Music Played by Humans, packed with emotional songwriting framed against big band sounds and string-laden backdrops ─  and it’s a bonafide chart success. The 14-song set (featuring an additional five songs on the deluxe version) debuted atop the U.K. albums chart, marking his third solo project to do so.

Last year, Take That mounted a 30th anniversary celebration called Greatest Hits Live to commemorate their enduring legacy as one of Manchester’s finest exports. When the tour began winding down, Barlow began to feel the itch of creativity creeping upon him. “I came off this enormous tour feeling just so positive, and I decided while I was on the road to write a new record,” he tells American Songwriter over a recent phone call.

In the tour’s final days, he was struck by both the beauty of the crowd and the collection of musicians onstage ─ and that’s when the album title came to him. Never one to plan ahead, he was quickly preoccupied with plotting what he could do next. “I am the worst for planning ahead. It’s like a curse with me. As soon as I know what’s next, the thing I’m doing at that time is less important. The thing that’s next is shinier and more attractive. It ruins the now,” he explains.

“So, I promised myself when I went on tour last year: do not think about what’s next,” he continues. He learned to live as earnestly as h e could in the present, and he was. “Every night we were onstage, I was in that room and loving it. It was a massive celebration, and it was absolutely beautiful ─ until about five shows from the end,” he says with a laugh.

The record, boasting an 80-piece orchestra and such collaborators as Michael Bublé, James Corden, and Barry Manilow, among many others, was largely recorded two weeks before the global pandemic forced the country into lockdown. Initially, as he continued piecing it all together with various arrangements and production elements, he expressed strong reservations the record would be “too positive” for audiences to digest. But then a thought struck him: “This could be exactly what we need.”

“Who knew how much the world would change from almost finishing an album to an album being released,” he muses.

He didn’t dive in right away, however. He first went to his label Polydor Records, under the UMG imprint, to propose his ambitious and wholly unexpected concept. Instead of making a 15-song album, and not really knowing if his creative fantasies were worth pursuing at all, he made three, fully produced and mixed tracks to give label executives a proper taste test. Needless to say, he had nothing to worry about, and a full record was greenlit on the spot. So, he returned to his home in Los Angeles and began writing feverishly for the record.

Rooted in 1950s and ‘60s swingin’ big band, Music Played by Humans also shimmers with rhythmic R&B (“What Leaving’s All About” with Alesha Dixon), disco (“Let’s Get Drunk”), and a pulverizing contemporary vibration (“Supernatural”). The latter, as we learned, was greatly influenced by Beyoncé’s 2003 smash “Crazy in Love,” which Barlow calls “one of the best pop moments” in history. “It’s so clever. You could almost take all the music away, and you’d still be nodding your head to that amazing rhythmic melody that she wrote,” he says. “I’ve always wanted to try and weave that into pop music. Now, unfortunately, I’m not a cool R&B act, so I’ve never had the chance of doing it.”

“I was determined to try and get that bouncy, almost spoken word feeling, into one of these tracks,” he adds.

One of the album’s cheekier moments, “Bad Libran” was inspired by several of his friends “who live their lives by the stars. I’ve always wanted to write a song about the powers that be, especially versus a world where computers now make our matches for us,” he says. “I think it’s fascinating. As usual with my music, it’s a play on relationships. Because the style [this record] is in, the more I dialed into the orchestra, the more I realized there’s a lyrical door opening that I’ve never had access to before. That door is access to things like crazy subjects, humorous subjects. I’m not a comedian. I’m not trying to give people a belly laugh.”

Barlow takes a moment to pull in the reigns with “This is My Time,” a piano ballad “tapping into the power of love and how it beats and trumps anything else we can experience and feel in our lives,” he says. “I knew it was special when it arrived. It’s not very often I move away from my computer work station. I do have an upright piano behind me, and I sat there on this particular day.”

“Going home is always a great reminder that it’s not discs on the wall or albums sold; I’ve got a wife and a family at home. Within this building, which my job has paid for, is this ecosystem of love. It’s one thing writing these songs, and it’s a whole other game getting the right performance on something. We set up in the middle of the studio, and we didn’t have a click. The orchestra followed me. That’s why it turns the key a little bit further.”

A deluxe track, “The Day the World Stopped Turning” captives the listener through its cinematic, almost 007 film soundtrack sensibility. Coincidentally, Barlow has “done more songs for movies than I’ve ever done” in the last year. The films, on which he remained tight-lipped, are expected in 2021.

With the album quickly coming together, he soon “realized I didn’t have anything like this on the record. It’s quite minor, thoughtful. With the other ballads, they were slightly brighter than this. You definitely reach a point on an album where you look at it and go, ‘There’s a hole there.’ It’s going to be wonderful to sing live.”

If Barlow feels more present and magnetic on the album, well, there’s a good reason for it. Picture this: it’s 1992 and a 21-year-old Gary Barlow is trotting off to see Frank Sinatra play the Royal Albert Hall. He grew up very familiar with the jazz legend’s work, as his father often spun vinyls from the likes of Sinatra, Sammy Davis Jr., and many more from that era. “I couldn’t say I loved it, but it was there and it went into my system,” he admits.

“It took me only until a few months ago to realize so much of this music was what I was listening to as an infant,” continues Barlow, stopping for a moment. While he certainly looks back fondly on seeing Sinatra play live, three years shy of the icon’s official retirement, it was more than just the music that transformed him that evening.

“He wasn’t in the best of voice, let me say. However, the spine-chilling moment for me was before he came out. The orchestra came out and they tuned up, and they started to play. It was like a bolt of electricity through my body. It was absolutely thrilling,” Barlow recalls. “Then, the lesson for me, was out came Sinatra. The one thing, more than the singing or the songs, is he was the boss. He was the leader. He was the guy who counted the orchestra in. I remembered only because the first session I did it was 60 players, and I thought, ‘I can’t be me today. I’ve got to be the leader.’ I took on this sort of persona.”

Barlow slips into such a role quite effortlessly, and the record certainly speaks for itself. Of course, when he decided to book an orchestra, he had the work cut out for him. “You should always feel like you’ve learned something from making a record. When I first came up with this idea, I thought, ‘We’ll be finished in a week!’ Of course, you follow the idea you can hear in your head. When it’s not like you imagined, you keep working and taking stuff away and adding things until you’ve finally come across the recipe. When you find the recipe, it’s like finding gold. Then, you have the blueprint to apply to everything else.”

Music Played by Humans serendipitously arrives in a time when art is as valuable as ever. Barlow himself has listened to “more music in the last month than I’ve listened to in years” and tuned into culturally monumental television shows like “The Queen’s Gambit” and “The Crown” for essential distraction, and moving him to his core.

“Good grief, the cinematography in TV series now is pushing the people in movies to a whole new level. I can’t help but be inspired by it. Even more than that, just to go onto Instagram to see photographers and people who make food… human beings are amazing. It’s the one thing that’s keeping me sane throughout all this. It won’t beat us; people are too clever. People will beat this in whatever they do or whatever they specialize in.”

When all is said and done, Barlow is still working out what he has learned most in 2020. “I’ve never spent so much time at home. I’ll do 150 flights a year and very rarely unpack a suitcase. I’ve loved being at home so much. I’ve been reminded of the simplest things: lighting a fire, having dinner as a family, playing a board game. All the things we’ve taken for granted for years and years have suddenly become the focal point and the things that bring us the most joy. The problem with this year hasn’t happened yet. The problem is going to be going back to the life we had before. I like this life, I’ve discovered. It’s going to be tricky. I can’t wait to get home at night, and I have no desire to get on a plane at the moment.”

In further rumination, as he ponders his 1997 solo debut, Open Road, and, if any, growth has made as as songwriter, he boils it all down to living a vibrant, fulfilling, and risk-taking life. “I’ve lived a lot of life since then. As any songwriter will tell you, the one thing you have to do, as well as learn to play and put emotions into melody or lyrics, is you have to live. You have to look up and see the sky and be amazed by the clouds. You have to acquire that life from somewhere.” 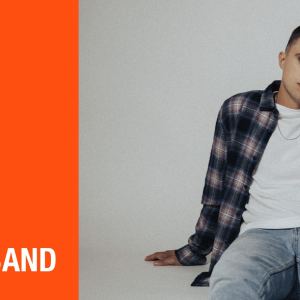 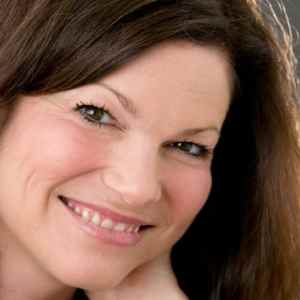