Together with American Songwriter and Sean Ulbs of The Eiffels, we had the pleasure of interviewing Kyd the Band over Zoom video!

Alt-pop act Kyd the Band (aka Devin Guisande) pays homage to his hometown of Loomis, Sacramento and all the things that grounded him in the official video for “Roots” out now via Sony Music.

Featured on the latest Season 3: The Realization EP, “Roots” is an unapologetic track underlining the internal struggles of faith, identity, and self-acceptance. The companion video (directed by Garret Hayes) unlocks yet another episode for listeners in the series and offers further insight on Kyd the Band’s incredible journey. From being a pastor’s son in the Pentecostal Church to prospective professional baseball player to singer-songwriter who has toured with and worked with the likes of Bone Thugs-N-Harmony, gnash, NF, Lennon Stella, ROZES, among others, Kyd the Band asserts “Nobody’s gonna dig my roots up… And as seasons change, they still won’t break me down…”

The visual gives an intimate glimpse into Kyd the Band’s childhood and previously undocumented origin story. As Devin walks through his hometown, he stands firm in front of buildings that are close to his heart – his childhood home that his family lost in the 2008 economic crash, his baseball field, his local church – and confidently chants “My feet are buried in the ground, they’ll be like that long as I’m around.” Speaking on these key locations and influences, Devin divulges “I became obsessed with the drums at around one or two. That turned into me playing drums in my church at ten. My first real passion was baseball though. That’s what I wanted to do for a career.” He continues, “When that path was removed from my life, I turned to music and realized I could be just as passionate about it.”

With unabashed honesty in his lyrics and broad range across his collection, pulling from his early gospel influences and incorporating alt-rock, R&B, and pop elements, the up-and-comer illuminates his vulnerability, self-reflection, and ultimate realization. On the latest EP, he says, “‘Season 3: The Realization’ is me taking everything else before this and making sense of it. The Intro was my childhood and upbringing, Character Development was going out on my own and the start of me trying to become me, The Realization is now.”

This new season kicks off with upbeat pop-rock single “Corridors.” The song – co-written with Adam Friedman (Allen Stone, Mike Posner) and Kevin Griffin (The Night Game, Moon Taxi) – invites you on a trip into his mind, painting a vivid picture of his ever-evolving self and ongoing struggles. “It’s like a prison in my head, some days I can’t get out of bed…” croons Guisande on the all too relatable intro of the track. Instead of remaining trapped in old memories, Kyd the Band encourages his listeners to keep their head up and positively push forward against the odds.The newly released “Roots” single and videofollows “Make It In America” produced byMark Nilan (Lady Gaga, Zedd) – one of the most personal songs to date in Kyd the Band’s discography, based on when the singer-songwriter was just 16 years old and his family lost everything they owned. Other tracks include groove-heavy “Love Someone Else” co-written with Jimmy Robbins (Dan + Shay, Kelly Clarkson, Sabrina Carpenter), “The Way The World Is” co-written with Christian Medice (The Aces, Dixie D’Amelio), and slow-burner “I’ll Stay” – a touching song on being there for your loved ones when you’re needed most.

With each season, Devin reveals more of himself as he finds the confidence to delve deep into his tumultuous past from a socially isolated childhood, to leaving his home and family; overcoming a drug overdose to then finally finding solace in music and healthy relationships. Likewise, he hopes that by unveiling his experiences, he will forge an open dialogue with his fan base – inspiring his listeners to reflect and grow from past experiences. 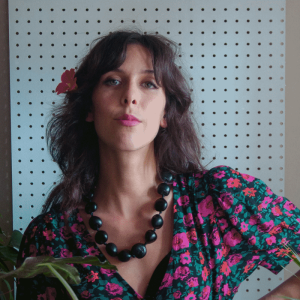 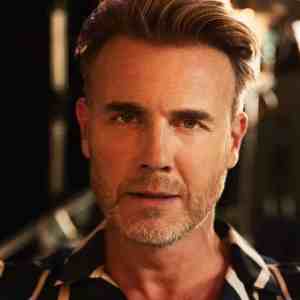