When Gary Numan’s daughter Persia was 11, she presented him with a poem. Simply titled “Earth,” her youthful poetry examined a much starker natural sentiment, questioning what the earth would say if it could speak to the other planets and explain its sadness and how horrible people have treated it. “I thought it was lovely, and I shamelessly stole it and made it into an album,” admits Numan. This notion, fueled by Numan’s own consumption with the depletion of the environment is the core of Intruder, a look at climate change from the point of view of the planet.

“If the earth could speak, what would it say?” asks Numan. “The sense of betrayal must be enormous, for what we were, from when we first crawled out the ocean to what we have become—the ingratitude, the abuse, the self-serving greed. We’re all awful creatures.”

Continuing on a different perspective of global warming from Savage (Songs From a Broken World) in 2017—exploring what humans would become and how they would survive during a climate-related apocalypse—Intruder, Numan’s 21st album, shifts the attention off the doers, humanity, and back to nature and its “thought process.”

“If the planet could speak, how would it explain the emotions that it must be going through because of us,” Numan tells American Songwriter. “The betrayal and the disappointment and disillusion, and the anger. Is it fighting back?”

Deliberately leaving time in between both albums to avoid a continuation of the human plight of Savage, most of Intruder was written prior to the pandemic, yet echoes the occurrences of 2020. “It was a weird, bizarre, and unfortunate coincidence that I’m writing this album about the earth fighting back and how it feels, just as COVID comes along,” says Numan. “It then shifted into maybe that’s the earth fighting back. Maybe that’s the mechanism that it employs.”

Allowing his mind to wander around the earth and its “intentions,” Numan couldn’t help wondering if the pandemic would be one of many, to be continued for hundreds of years.

“I believe the earth has been fighting back for some time, and COVID is just the latest,” he says. “We’re so wrapped up in ourselves that we never noticed. Part of me thought this was the earth showing us everything we’ve done wrong. It shut us down, and there was noticeable change in air quality, and all kinds of things. If that doesn’t speak loud enough to people… it’s frustrating that there can be so much evidence faced with so much ignorance.”

Numan adds, “All we can do at the moment is to bring enough pressure to bear by convincing enough people that it’s serious and something needs to be done drastically, and it will involve a change of lifestyle for many.”

Chronicling something void of hope, the 13 Intruder tracks are more honest assessments of the reality of the climate crisis. “I’m not overly optimistic,” says Numan. “There isn’t any optimism in Intruder at all.”

Intruder calls out the plight of the planet, rotating around religious hypocrisy and its distraction from climate issues on “Saints and Liars,” and still questioning spiritual deities on “The Gift”—At the end when your God forgets you—and blatant disregard for the planet and its evident “responses.“ Through Intruder, the earth reveals its own contusions from the chilling open of “Betrayed,” impassioned pleas of Can you see me? / Can you feel me? Can you hear me? on “I Am Screaming,” and the dark, docile dance of “And It Breaks Me Again.”

“It has a vicious, brutal kind of harmony to it, and it all works until you put us in the picture,” says Numan. “You put us in a picture and all starts to fall apart, and the earth is struggling, and there’s mass extinctions all over the place.”

Pondering the answer to shift climate change, Numan holds faith in the younger generation, along with a fundamental rewiring of how we use and create energy. “It sounds very corny to say, but the children are the answer,” he says. “Maybe when they come of age, there will be enough of them, the vast majority, and they will do something about it, because the older people will be dead by then. If they do it, and their children, don’t do, that is it. There is no more time.”

He adds, “It’s like we’re living in a science fiction catastrophe.”

Full of reflections, Numan shifts back on his solo career, spanning more than 40 years, following his departure from Tubeway Army, admitting one of his more difficult eras was around the release of Machine + Soul in 1992, an album he considers his worst.

“As my career took off, I started to struggle, pretty much soon after,” shares Numan. “I got panicky and let the pressure and the desire of wanting to salvage my career some way and to try to get back to where I’d been. Day to day, I was worried about how I was gonna survive, so your head is full of that rather than daydreaming about the future. I let that dominate me too much, and it crushed my imagination.”

Believing his career was over and massively in debt with a house facing repossession, Numan lost his motivation to create, until he met his wife Gemma.

“That was salvation for me,” shares Numan. “She was able to help me in all kinds of ways, and to rediscover my love of music. If you don’t have a career, you’ve got nothing to worry about, so I went back to doing it as a hobby. Then, I stopped worrying about radio play and all the imagination just flooded back. You can discover imagination and unearth it again. I just took the cap off.” 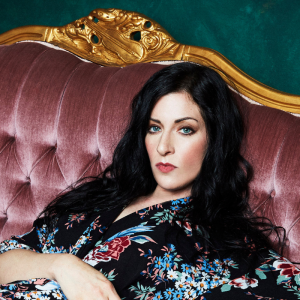 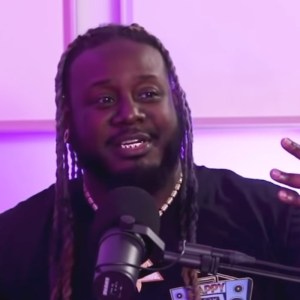