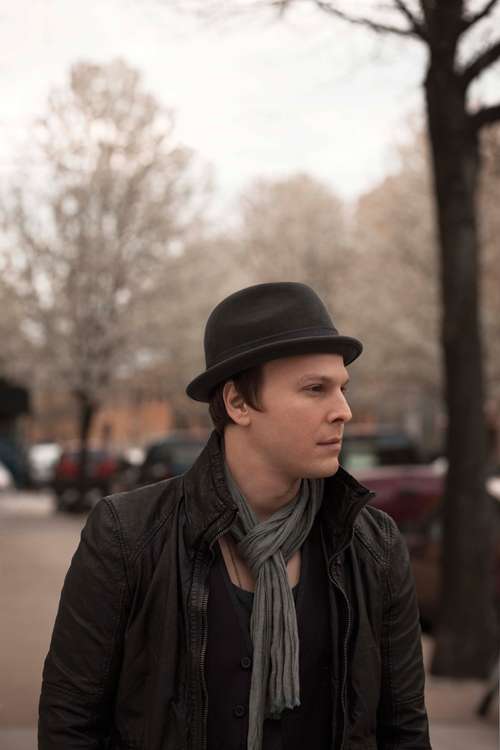 Gavin DeGraw made headlines when he was assaulted by hoodlums in New York this summer. But the hit songwriter pulled himself back up by his bootstraps, and now, with his new album Sweeter, he’s poised to reconquer the airwaves. Just don’t call him “sensitive.”

Do you feel closer to your fans now, after all the support that you received?

When all that went down for me, I was feeling low. It really meant a lot when people were reaching out and showed support and concern. My fans were really amazing, and my family and friends and the artist community, as well. I missed two weeks’ worth of shows, and it was important for me to go back out and perform. My first night back, my fans were so supportive. They kind of crowded the stage for my set, and it was just what the doctor ordered. The flowers from Elton John didn’t hurt either. As far as my voice, I think I have exactly what I started with.  No better, no worse.

Do you think you’ll ever write about that time?

Oh, I’m sure it will come out somewhere. Your career as a songwriter is absolutely directly affected by your own personal life.  The way I look at it, it’s just one more experience to draw from.

Are all your songs based on your own personal life?

Yeah, or about the lives of the people around me, which ultimately is my life, I guess. Even watching my buddies going through relationships, things like that, or if somebody owes somebody money [laughs]. Typically, I write about intimacy. That tends to be what I hold the highest. But there’s a song on this record called “Candy” that has nothing to do with that. It’s more about a pop culture; people relying on gossip to steer them, versus our own actual real lives.

Are you a candy lover?

For this album, you got into co-writing.

I wrote two songs with Andrew Frampton [who writes with The Script], and two with Ryan Tedder from OneRepublic.  They were great at simplifying things, streamlining things, and keeping the song moving. [In the past], I’d tried writing a couple songs with others.  And I thought they were good; I just didn’t think it was right for that particular record. Sometimes it might be the best song you’ve ever written, but it might not suit the album that you’re making. It has to fit with the way you want your career to evolve.

I spent a large part of my career being apprehensive about co-writing. When you get in a room and you’re with a complete stranger, there’s so much surrender involved. It’s like, “Here’s what I keep on my bed stand. I don’t really show this to too many people. But being as I just met you and we really should get something done today, here it is, stranger.” It can be a very uncomfortable thing. But when you get to write with people who are so gifted, that stuff goes away. You realize there are people out there who can teach you a thing or two, who have special talents. You’re lucky if you get to absorb some of that.

What are some of the tenets of writing a hit song?

I certainly don’t know all the answers. Someone once told me, “A hit song is a sad song with happy beat.’ Right now, the trend is a song has to have tempo. It’s got to move. If you watch the evolution of the Hot AC market, it’s far more rhythmic than it was. Some songs that were giant Hot AC hits only a couple of years ago would not be able to get played right now, because there’s not enough rhythm happening.

My little pet theory is the more repetition in your melody, the better.

On the other side of that coin, there’s this ADD element. There’s got to be something that happens for no reason, in this unexpected place that keeps you listening. And those moments, those little ‘wow’ moments, make a huge difference. You have to keep in mind the person who may be in the car with the radio on isn’t necessarily paying attention to the song. So, what can you do to make them all of a sudden tune in for no reason, even though they haven’t turned the volume up? Maybe by playing a wrong note. It really might be that simple.

Do you have a standard approach to songwriting?

It’s usually a melody idea, and then maybe some little catch phrase that I think is really clever at the moment, or just relatable. Then you try to structure from that one little moment. I’m always fascinated how you can get three or four minutes of complete song based on literally two seconds of tune. A little tiny fragment, where you go ‘Oh, that’s catchy, that’s great.’ At least, you think it is. And it might become what you think is great, or you might really ruin that idea with all your other ideas that go around it.

Do you buy into the myth of the sensitive singer-songwriter?

Often times, the branding of it all, people get pigeon-holed. It must be all nice, pleasant music, and they must look a certain way, dress this way, and act this way. A song like “Sweeter” steps completely away from that. So does “Radiation,” where you’re admitting you’re in completely the wrong type of affiliation with somebody. But you keep going back to it for whatever reason; maybe it’s because of whatever you were drinking.

You can’t be the hero in all your songs. A lot of people want to be the hero, or the victim. But sometimes you’ve got to step away from that, however poetic it might seem, and go ‘Hey, look, this is the person I call when I get drunk, this is really messed up for me.”

And, why not? Why not feature all your elements, all the things you think you are? Everybody has a lot of different sides to them, so as a writer and a performer, you have to demonstrate those. It’s really your job. And then let the people choose if that’s something they want to see. I think there’s a level of honesty there when you show all sides. Not just the good parts.