It’s hard to believe that it’s been 17 years since Bose released the original L1 portable sound system that changed the lives of many performing musicians and performing singer-songwriters. It was truly a boon! Now, Bose has released an updated line of L1 Pro portable line array systems, and I was happy to get my hands on one of the new Bose L1 Pro8 systems. It is the smallest of three models of the L1 design each built to address sound reinforcement for different performing situations. My hope for the new L1s was that the designs would, first, measure up to the standard of quality that Bose established for on-the-go sound systems with the original L1 systems; then, I hoped to find some of the new, ground-breaking technology that we’ve come to expect from Bose.

Before we talk about how I put the L1 Pro8 package to the test, there are some physical points to make, including a new stylish shape. The overall design is still a ‘stick’ and base combination, but with some very interesting additions. First, though, let’s talk about what’s not there: the outrigger-like wings and heavy, wide base units of the past are history, replaced with taller, slimmer base units that, in addition to providing a solid place to anchor the vertical stick assembly, also now offer a huge, built-in handle on the top for easy transport and a built-in mixer with effects.

In the tradition of the familiar classic L1, the new Pro8 is quick and easy to set up with no speaker wiring required. The vertical stick section comes in two sections that quickly plug together with the base and store for easy transport in an included shoulder bag. A cover for the base provides additional protection for the unit that is already sleek and solid with not much of anything protruding or otherwise needing protection. Ideal for small gigs, the entire Pro8 package weighs in at just under 39 lbs and easily fits in a small trunk or backseat.

Bose describes the L1 Pro8 (the smallest model in the series) as providing ‘generous coverage’ for intimate venues. The C-shaped line array in the stick section features eight articulated 2” neodymium drivers. This gives the unit a full 180-degree horizontal coverage, but also wide vertical dispersion. So, if your audience is sitting or standing or off to the side, they will hear you clearly. Holding down the bottom end is the system’s integrated, 7″×13″ subwoofer. This is another notable change from previous L1 systems. Bose reports that this speaker with its high-excursion racetrack-shaped driver rivals the performance of a conventional 12” low-end speaker and does so with a smaller footprint. This innovation provides extended bass response, less bulk, and makes the subs much easier to transport, carry, and fit onstage.

One of the most distinguishing features of the Bose L1 systems that we’ve been listening to for years now is that the system is a workhorse night after night and wonderfully full range with crisp highs, that don’t seem to get lost in the room and are supported by a solid lowend. While I initially harbored some concerns for the Pro8, given its light weight and having only eight 2” drivers, this configuration was, in fact, ideal for the two venues and rehearsals where I put it through its paces. Setting up for a vocal microphone, acoustic guitar, and keyboard was quick, as expected, and acoustic sounds were reproduced very cleanly through the Pro8 and blended well with the live grand piano at one of the venues. Getting a balanced sound was easy with the onboard mixer and it provided all we needed to do our acoustic gigs.

Each of the new L1 Pro systems features a built-in mixer to easily plug in instruments, microphones and audio sources. The built-in multi-channel mixers offer EQ and a quality reverb, along with phantom power and Bluetooth streaming capabilities, as well as access to the complete library of ToneMatch custom EQ presets. This allows performers to quickly get proper EQ settings for the most popular gear. The mixer provides two combo XLR-1/4” phantom-powered inputs, and 1/4″ and 1/8″ (3.5 millimeter) aux inputs are also included. Just to be clear, the use of numbers in naming of the Pro8, as well as the larger Pro16, and Pro32 models refers to system hardware configuration and the number of drivers in the stick section, not the number of mixer channels.

Not all small mixers provide phantom power, but it’s a nice feature to have. For our application, the availability of phantom power allowed us to use a good condenser mic on the piano without having to carry any additional gear. Another nice feature of the mixer is the large, low-profile rotary encoders that are Illuminated–a useful feature for those of us who have to set up in dark corners or make adjustments to volume, tone and reverb settings in a corner of the stage. If you need more channels, you can certainly increase your input count by adding an external mixer or take advantage of the integration features you get with a Bose mixer. The dedicated ToneMatch port provides both power and digital audio signal between your L1 Pro and the Bose T4S or T8S mixers (sold separately).

Another handy feature is the new Bose L1 Mix app for iOS or Android that offers complete control of all mixing functionality from your mobile device, plus added features like access to a large library of ToneMatch channel EQ settings. This wireless control has an intuitive design and relieves the players from having to ‘fish’ around behind the unit to make adjustments. Instead, players can connect wirelessly to the Pro8 and mix using the app running on a mobile device. Your mix can be conveniently perched on a music stand or used in-hand while roving around the room. With no wires to run, you can find your best mix position anywhere in the venue. Using the app can save setup time, too, as the Bose Scenes feature that lets you set and recall global channel states instantly, including I/O settings, volume, EQ, reverb, ToneMatch presets, and system EQ.

While I’ve only test driven the Pro8 in some intimate venues, it’s important to note that the other Bose L1 Pro designs might fit your needs more exactly. Knowing a bit about them can help you make the right choice. Scaled versions of the ‘RaceTrack’ woofer are designed into the L1 Pro8, L1 Pro16, and the Bose Sub1 and Sub2 modular bases, but the components of the vertical stick section are designed for different situations. While the L1 Pro8 might provide a perfect solution for intimate spaces, the L1 Pro16 offers higher output and extended low frequency response with a 10″×18″ subwoofer. It could be the right system for you if you need more punch in small-to-medium venues where you might have a drummer and need to fill a larger space. The stick section of the Pro16 offers a J-shaped line array with 16 articulated 2” neodymium drivers. Like larger concert system line arrays, this configuration offers tight vertical control on top and a wide dispersion on the bottom, along with 180-degree horizontal coverage to include an audience even at extreme angles to the stage.

The peak-performance Pro32 is the largest of the L1 systems and designed for entertaining large audiences. However, the array weighs just 29lbs with the Sub1 subwoofer (7”×13” driver), and Sub2 subwoofer (10”×18” driver) weigh in at 35.5 lbs and 51.7lbs, respectively. Ideally suited to performances in medium-to-large-sized venues and events such as weddings and festivals, the Pro32’s straight line array, features 32 articulated 2″ neodymium drivers; 180-degree horizontal coverage and a highly-focused vertical coverage pattern. The system is designed to reach high SPL levels while maintaining clarity. The Pro32 conveniently connects up with the Bose Sub1 or Sub2 powered bass module using a single SubMatch cable for both power and audio and allows for stacking two Sub1 or Sub2 subwoofers. For even more clean bass, you can set up subs in Cardioid Mode, focusing the bass out front and reducing feedback.

The new Bose L1 Pro8 is nothing short of a great sounding, easy-to-use sound system for intimate venues that requires very little expertise to make performers sound their best. While the Pro8 covers all the bases sonically for small venues, its solid package, extreme portability, and intelligent design are features that you will continue to appreciate every time you set it up to make music. 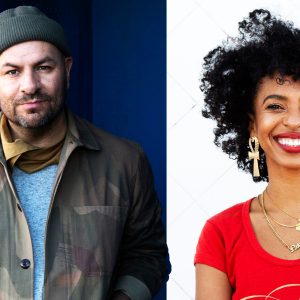 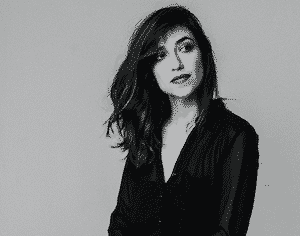