“Suede jacket, leather boots on / Those hipster boys are always drawn to her / Jet black hair / Tatted up arms,” Lavigne wails in the lo-fi track, her voice registering pain, anger, and abandon. “She’ll daily turn their heads but when / She’s all alone in bed she thinks / God I’ve gotta get gone / Had enough upper echelon.”

“When I first moved to New York at the age of 18,” Lavigne tells American Songwriter over email, “one of the things that excited me most was observing so many different types of people, it really opened up my mind to all the infinite ways of being and presenting yourself in the world. I was trying to figure out who I was and who I wanted to be, and I think being surrounded by such vivid examples of self-expression was both inspiring and liberating, while also stifling and intimidating… It started to get really tiring after a while and I had a strong desire to stop caring so much about how I looked and how I was being perceived.”

“This was intertwined with a desire to free myself from the oppressive beauty standards that are placed on women, which can be even more loaded for women of color,” Lavigne continues. “I stopped feeling like I needed to shave my armpits in order to wear a tank top. I stopped feeling like I needed to get a nose job to look more white and hence prettier. I had spent years trying to whitewash myself and be the best barbie I could be, and I was starting to realize it was completely unfulfilling; in fact it was draining.”

“Get Gone” charts this arc toward self-acceptance through rage and reverb. “In the bridge I repeat the phrase ‘they’re coming for you,’ and that’s about how even when I got to a place where I was feeling more comfortable with myself, it was sometimes hard to hold my ground because other people would voice their criticisms,” says Lavigne. “Strangers, family, friends, we are taught to police ourselves and police eachother into following these rules of self-presentation. I wish our culture wasn’t so superficial.”

Lavigne nods to those voices in the song’s chorus: “Cross your legs and be a lady / Brush your hair you lackadaisy / Don’t you know that rugged’s just a trend,” she snarls over distorted electric guitar. “Wax your legs, botox your feelings / We’re all about chemical healing / Go ask your papa for a check.”

“The song is a critique of conspicuous consumption,” explains Lavigne. “That’s a term coined by Thorstein Veblen in his book ‘The Theory of the Leisure Class.’ Can you tell I studied sociology in college? Conspicuous consumption is about buying goods and services not just for the thing itself but to signal to others your social status or economic power. I think one of the most frustrating things about all these rules we have about how you should act and talk and dress is that the game is totally rigged. People with more capital have a leg up. This song is about my struggle to escape this competitive superficial landscape, to find a more grounded way of valuing myself and others.”

“Get Gone” was recorded at Moon Recording in Greenpoint and produced by Lavigne, Jase Hottenroth, and John Miller. Hottenroth also played bass on the track, with Matt Birkenholz on drums and Jake Sabinksy on lead guitar.

“There are at least four other versions of this song in the music graveyard,” says Lavigne. “I wrote the song in 2016. At [that] point I had never really played in a proper band or made rock music; I was actively pursuing a solo career, gigging around lower Manhattan under my name Leah Lavigne. I started writing the song on the piano and it just didn’t feel right, so I plugged my keyboard into Garageband and started tapping in some midi bass, then I added drums and organ, and vocal layers. It was unlike anything I had ever written before. I had never really produced a song while writing it… I tried collaborating with various friends in college to record it and was never satisfied, but Jake, Matt, Jase, and John really understood my vision and I’m so happy to say I feel like this recording really does ‘Get Gone’ justice.”

“Get Gone” is Lavigne’s first release as Ok Cowgirl. “The band has been gigging around New York since the summer of 2018 with the placeholder name Leah and the Lowkeys,” says Lavigne. “I’ve always been fascinated by the mythology of the cowboy. Growing up I was taught to be the opposite of a cowboy, to listen to authority, be a team player, be friendly, care what people think, be peaceful, pretty, soft and feminine. The cowboy archetype is antithetical to all of those things, which has made it an alluring persona to try and take on as an angsty 24-year-old who’s still trying to figure out how to shed the expectations I perceive to be placed on me and live life by my own rules.” (Naturally, the moniker also calls to mind Mitski’s acclaimed 2018 album Be the Cowboy.)

Lavigne wanted to introduce Ok Cowgirl with “Get Gone,” specifically, “because this project and this song were both inspired by the same sentiments and goals.”

“My early 20s were characterized by a lot of angst,” she recalls, “but I really struggled translating these emotions into my music. I was channelling emotions like frustration and restlessness into mellow melancholic music because for some reason it felt more comfortable to come off as sad rather than angry, composed rather than chaotic, resigned rather than struggling. But at a certain point I knew I needed to let these emotions be what they were. I needed to stop filtering them and stop judging myself for feeling these things… ‘Get Gone’ was one of the first songs I wrote with this mentality of embracing my angst. In it I’m bitter and jaded, but I’m also honest and I’m proud of that.”

Ok Cowgirl is Lavigne’s latest project, but she’s been writing songs since she was 13. “I would write at the end of the night, as a way to wind down, self-soothe, process my emotions, and have a sort of cathartic release right before bed,” she says. “I still like to write at night; I love the sense of privacy you get when it feels like the rest of the world is sleeping. There is something about nighttime that is inherently intimate, and it helps me tap into my thoughts and feelings more honestly.”

Lavigne cites Thom Yorke, Regina Spektor, and Adrianne Lenker as three of her favorite songwriters. “The one thing they all share,” she explains, “is their ability to straddle poetry and everyday language in their lyrics, and their ability to challenge the boundary of what is considered sonically experimental and palatable.”

Another inspiration for Lavigne is Jim Croce. “I think one of the most perfect songs ever written is ‘Time In A Bottle,’” she says of Croce’s 1973 hit single. “Jim does a really beautiful job of stringing together everyday words to express this feeling of love in such a grand way. I think the song is especially dense and touching because he discusses love in this lamenting fashion… To treasure your time with someone so much that it makes you wish you could alter physics—what a grand thing to express in such a familiar metaphor as saving something in a bottle. Knowing he tragically died so young gives an added weight to his words: ‘there never seems to be enough time / to do the things you want to do / once you find them.’”

Lavigne, for her part, is already doing most of the things she wants to do. Asked about her ambitions she says, “I hope to continue growing as a person and as an artist; to continue honing my skills as a writer, singer, keyboardist, and guitarist; to become more comfortable with recording and producing myself; and to continue making work that I find meaningful.”

“Ok Cowgirl is about so much more than guitars and synths to me,” says Lavigne, “it’s about letting go of inhibitions, and wanting to be ‘ok’ with myself and my emotions. It’s about growing into my best cowgirl: strong-willed, independent minded, and maybe flawed, but unafraid.” 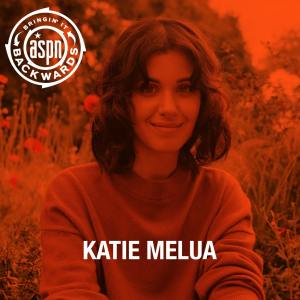