Amy Helm, of all people, knows what it’s like to be born into a life of music. Starting out as a member of her father Levon’s touring band, Helm went on to earn her chops as a live performer and member of the Americana outfit Ollabelle. Now, a year after the release of her debut solo album Didn’t It Rain, the Woodstock, New York-based artist is in a position to reflect on loss, hard work, and the power of staying positive in an increasingly volatile music industry.

How has your songwriting changed since becoming a solo artist?

It shifted quite a bit. Trying something for the first time and really getting your sea legs is the first step, and then hopefully getting a little stronger with that each time. It certainly changed the way I was singing and that I was approaching the songs and with songwriting. I think that getting stronger as a performer informed my songwriting in opening different possibilities vocally for me. I started to get a sense of different things that I might want to try vocally – that I hadn’t known that I had wanted to try – until I started singing and singing lead more, so I think that some melodic ideas could have floated into me as I went along that I wouldn’t have tried beforehand. It was exciting to challenge myself to do some of that.

You re-worked Didn’t It Rain to cut it with your touring band. How did that affect the album’s production process, and are you happy with the outcome?

It delayed things by a few years, and at the time it felt like I was standing on an edge making that decision, but looking back at it, it was exactly the right thing to do. I think it’s important to take time with anything we do that we love, that’s coming from our heart, that we’re doing for a living – our writing, our singing – whatever it is that moves us. It’s always the best decision to take a long time with it and know that it’s putting the best of you forward.

Is there a song from Didn’t It Rain that you are most proud of?

I was so proud of all of the musicians that played and sang on that record. I couldn’t believe that I knew such an incredible group of badass singers and players and I was so proud of their performances on the record. I have to say that’s kind of one of my favorite parts of the album, just listening to these little moments where my friends just sang and played so beautifully. There’s a song called “Deep Water,” and the chorus is a trio harmony by Elizabeth Mitchell, Katherine Russell and myself. That’s one of my favorite moments on the record, because I just love the way those girls sing, and I kind of relished in that harmony.

In what ways did playing in your father’s band shape your path as an artist?

My dad – who he was as a musician and also the things that he walked through – really inspired a lot of courage in myself and I think in other people who played with him. He had a kind of fearlessness about him and a commitment to the music and to the gig and being on the bandstand and being in a band, being part of the moment, really fiercely committed to the song and making it sound as best it could. There was a kind of abandon in him that was infectious. I would say that I feel more courageous about letting things roll as they’re going to roll and staying connected to the song, and to the fun that you can have when you let yourself do it and when you’re singing.

You co-wrote many of the songs on the album with Byron Isaacs. How do you feel about collaborating on songs?

I love collaborating on songwriting and I’m continuing to do a lot of it. These past few months I’ve been getting material together to make another record, and it has been so incredible to see the different writers and different processes. I’ve found it humbling and inspiring.

What are the biggest themes that you find emerge in your songs?

Didn’t It Rain was made during a period of time when I experienced so much loss and so many very deep things changing, and I think the songs reflected that. There’s a lot of grief and a lot of acceptance that I was finding my way through during those times, so I think some of that is reflected in the songs. Right now, I’m just kind of writing what comes to mind. Whatever we’re thinking a lot about in our lives is what starts to bubble up to the surface, and it’s certainly a time in the world when we need a lot of songs that have some hope in them. That’s certainly where I’ve been the last couple months.

Do you feel that your unique childhood pushed you toward- or away from- music, initially?

I think that my childhood helped bring a lot of music and a lot of songs and a lot of rich musical influence into my ears and mind and into my heart and voice. I also think that, growing up around it, I needed more time to sit back and take it all in and really make a decision that was coming from me, whether or not I wanted to pursue this. I think it had a kind of push/pull for me. When you grow up around it, there’s so many people who do it that you have a lot of opportunity when you want to start to try to do it. But sometimes that opportunity, at least to me, felt a little too much too quick. I just wanted to get into a band with people my age, my peers, and I wanted to learn as I go. You’ve got to be able to get up on stage and play a gig and suck for the first few times you do it. You have to have those to get yourself where you want to be musically. I enjoyed the anonymity of just playing in bands in high school and college, but not pursuing it in a bigger way until I was a little older and really knew who I was in my voice. A lot of girls feel that way, even if their parents are auto mechanics. I think that it just feels that way sometimes and you just have to take your time to get there.

As someone who has worked in music in so many different ways- as a member of a live band, as a member of Ollabelle, and as a solo artist and performer- what is your advice to aspiring musicians and songwriters?

I would say a reiteration of some of the things I described learning from my dad. To continue to have fun and dig in the joy of it. It’s hard to be a working musician these days. Things have really changed and the industry can be topsy turvy. The most important thing is to stay connected to your musical community, to your peers, and to keep playing because you love it, and keep giving to the audience because you know it’s right and because it feels good. Stay in that place and things seem to work themselves out. I still believe that, even in 2016 in what sometimes feels like a collapsing music industry. I think that things are okay and there is still a path for someone who knows all they want to do is play music. There is still a very strong path to find. It just takes a little bit of self-reliance. 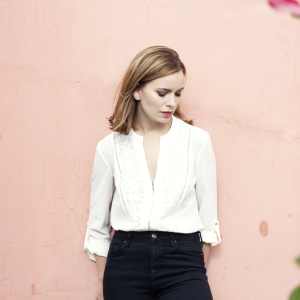 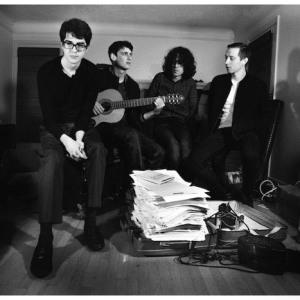