When considering “music cities,” several places come to mind. First, of course, is Music City itself: Nashville, Tennessee, home to the Grand Ole Opry and decades of musical history. Then there are the other usual suspects: Memphis, Muscle Shoals, Austin, New Orleans. All of these cities are rich in the resources necessary to sustain a vibrant musical community: plenty of venues, a thriving hospitality industry, hordes of music fans, and, of course, no shortage of talented musicians.

For decades, these have been the cities to which aspiring musicians have flocked. Look at any list of the “best music cities” and you’re likely to see the same handful of locations tossed off in slightly varying orders among larger, more entertainment agnostic cities like New York and Los Angeles.

While it may not have achieved Nashville-level recognition yet, one city to keep an eye on as a burgeoning musical hub is perhaps an unexpected one: Asheville, North Carolina. Nestled in the Blue Ridge Mountains, Asheville is North Carolina’s 12th largest city, with a population of 89,121 residents as of the United States Census Bureau’s 2016 reporting. What the city lacks in size, though, it makes up for in a concerted commitment to arts and culture.

According to apartment search service Rent Jungle, average monthly rent for a two-bedroom apartment in Asheville is $1,142. (For comparison, a month’s rent for the same sized apartment in Austin would set you back $1,562.) The city also has a thriving tourism industry, with bus tour services like LaZoom providing jobs for musicians and introducing visitors to the city’s local music scene. A weekend spent in Asheville in late summer of 2017 brought American Songwriter plenty of great music, creative cuisine, friendly locals, and, of course, lots of excellent craft beer — there are dozens of high quality breweries in Asheville, the perfect complement to a lively music scene.

Asheville has also served as the launching pad for many a musician. A notable Asheville export is country singer-songwriter Luke Combs, who has had a huge year on the strength of his debut album This One’s for You and its massively successful single “Hurricane,” the latter of which made Combs the first artist since 2012 to notch a multi-week number one debut single.

In mid-December, Combs headlined a show at Asheville’s U.S. Cellular Center, downtown Asheville’s largest music venue. It’s a major accomplishment for Combs, who cut his teeth playing small venues as a student at nearby Boone’s Appalachian State University. It was those experiences that would ultimately lead Combs to move to Nashville, and paved the way for such large headlining gigs.

“Obviously you want your hometown to accept you and love you,” Combs told American Songwriter in late summer. “We’ve played Asheville a bunch of times and I’m excited to finally get together and see what we can do in the arena and see friends from high school and family and stuff like that.”

The proliferation of electronic music brought forth by Moog Music also gave way to Moogfest, an annual multi-day music and arts festival founded in New York City by the late Robert Moog himself in 2004. The festival would move to Asheville in 2010 before relocating to Durham, North Carolina in 2016. Other prominent music festivals in the Asheville area include LEAF (Lake Eden Arts Festival), the Mountain Dance and Folk Festival, the Asheville Electro-Music Festival, and the RiverMusic concert series.

While music festivals draw national and international acts to the city, quality live music can be heard in Asheville on any given night. Nationally renowned venue the Orange Peel is one of the major hubs of Asheville’s music scene, drawing touring acts like David Rawlings, Neko Case, and Angel Olsen, the last of whom, a St. Louis native, currently lives in Asheville. Less traditional venues like Salvage Station, a multi-use indoor/outdoor event space located just off the French Broad River, brings together local up-and-comers with touring mainstays like SUSTO and Banditos.

Of course, all of this would be moot if the people of Asheville didn’t truly love music. As one double-fisting show-goer at SUSTO’s mid-July gig at Salvage Station put it, “It doesn’t get much better than this.” 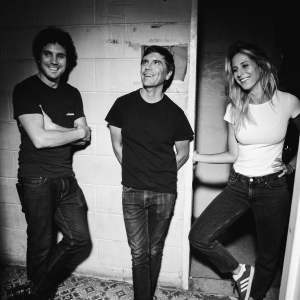