Cleaning out his office during the pandemic, Goo Goo Dolls manager Pat Magnarella started going through nearly 30 years worth of boxes of archived and live recordings of the band. At the time, frontman John Rzeznik was looking for ways to stay connected to fans during the pandemic, releasing videos and an EP 21, a self-produced collection of four stripped back tracks from the band’s catalogue. Sifting through the new pile of previously unreleased work ended in a 20-track LP of Rarities.

“Everybody was scrambling to try and figure out what to do, I just wanted to keep in contact with our fans as much as possible,” says Rzeznik, who perused eBay and found a $200 DAT player to transfer them more archaic audio files. “We started listening to all these recordings of songs, alternate versions, demos, and it brought back so many memories. There are circumstances surrounding the writing of any song, and the circumstances of your life create the atmosphere.”

A collection of 20 songs and various snapshots from a portion of the band’s nearly 35-year career, Rarities features radio performances, b-sides, live performances, and acoustic renditions of songs like “Slide,” “Iris,” and “Black Balloon”—International releases and previously unreleased tracks, spanning from 1995 through 2007—even a one-off, one-minute rendition of the baseball classic “Take Me Out To the Ball Game,” a track Rzeznik admits he isn’t the most fond of, and a live cover of INXS’ 1982 single “Don’t Change.”

Some songs on Rarities are ones the Goo Goo Dolls haven’t played live too often. “I would love to play ‘Don’t Change’ again and ‘Feel the Silence’ is one of those songs that sort of got left behind,” shares Rzeznik. “I don’t think I’ll ever do ‘Take Me Out to the Ballgame.’ I lobbied not to have that song on there, but I was out-voted.”

For Rzeznik, his life with Goo Goo Dolls moves in cycles, of albums. “If I listen to those albums, it it pulls me right back into the emotional space,” he says. “I think about what the circumstances were that surrounded the writing of those songs, where I was that where I was living, who my girlfriend was, who I was friends with, or where I was working, because up until ‘A Boy Named Goo [1995],’ we all had jobs.”

Some songs still resonate with Rzeznik, but “Name,” off A Boy Named Goo, was one song that really transitioned things for the band, because it didn’t get the initial reception he had expected.

“‘Name’ was one of those songs that sort of caused a paradigm shift for us, because before that, we were these critics darlings that sold a few records, and the only people that ever wrote about you were the ones who liked you so when you’re known for your your uptempo, rowdy songs,” says Rzeznik. “Then you write a ballad, and every writer in the world is gonna attack.”

He adds, “I always feel so schizophrenic with this stuff, because you have to be as vulnerable as possible. You have to write from the bones, but then you have to let it go. You have to relinquish any sort of opinion or feelings about what people say about you. It’s such a weird mental game.”

Referencing the often nefarious world of social media, sharing too much is something Rzeznik has had to maneuver around carefully. “It’s a toxic place,” he says. “It’s an unhealthy place. I started taking it personally, and it’s hard not to because this is what you create. It’s almost like you want to be validated, and you want everybody to like you, but my opinion of myself has to come from what I believe about myself, what I do, my actions, and my abilities.”

Now, more than 35 years into the Goo Goo Dolls, Rzeznik admits he sometimes has to dig deeper for inspiration when writing. “I have to keep my antenna up a lot longer to find the inspiration,” he shares. “I have to seize the moment when I get an interesting riff in my head, take out the recorder on my phone, then go home and play it on a guitar or piano. I’m not one of these guys who gets up at 10 o’clock, makes coffee and sits down with the guitar for an hour or two to write. I can’t do that, because everything starts to sound the same to me.”

Self-producing the band’s 13th album was also something Rzeznik wanted to do to shift the momentum after working with various producers throughout the years and even incorporated several pieces vintage recording equipment—some dating back to the 1940s—that he’s collected over the years.

“I wanted it to be a more direct reflection on where we’ve been,” says Rzeznik. “Most of the songs on this album are actual performances by the band, which I thought would give it a way looser, greasier feel, because these days, production is just so tightly done. Everything is perfect, and I didn’t want that. I wanted that bobbing and weaving feel with a live band. Music cuts into some of the most primal areas.”

Still writing and tightening up lyrics, Rzeznik says the next album reflects where the band has been, and is, today.

“I wanted to write all the lyrics in one sort of bunch, because I believe it will reflect what’s going on,” he say. “It’s an interesting time to be alive. 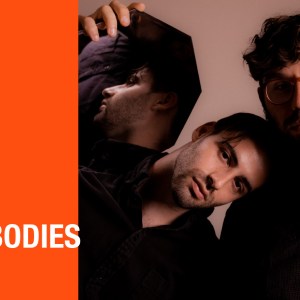 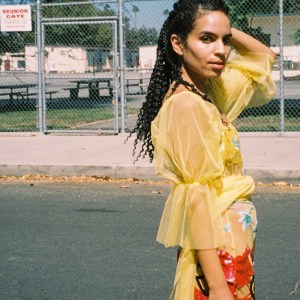