“I never thought we were going to make more than one record,” Johnny Rzeznik says candidly from a suite at The London West Hollywood hotel. It’s been 34 years since he teamed up with drummer George Tutuska and bassist Robby Takac to create the Goo Goo Dolls, and sometimes the alt-rock frontman is still shocked that all these years later, he’s still along for the ride.

But the band has been going strong since breaking onto the scene with its 1995 hit “Name” and garnering acclaim with singles including “Slide” and smash-hit “Iris,” which was featured in the 1998 film City of Angels. And while the majority of their musical colleagues who have come up alongside them in the ’90s have fallen off the radar, the Goo Goo Dolls have managed to consistently release new music, tour the globe, and attract new fans along the way.

So what is the secret to the band’s longevity? Rzeznik jokingly pawns it off as “a lot of luck.” But when further pressed, he explains that as the years have gone by, there is one thing that he’s tried to be consistent at – writing great songs.

“I always have that feeling of ‘I might not get a chance to do another one.’ So I try to do the best I can,” he reveals. That means constantly pushing himself. “I still have this thing in my head that maybe I’ll write something better than I’ve ever written before,” he adds. His bandmate Takac says he’s focused on trying to “write far outside of my comfort zone to find new avenues to bring back to the band.”

Despite member dropouts and industry changes, the Goo Goo Dolls have continued to forge ahead. “We never stopped trying. And I am very aware of moving forward and evolving, not just in the songwriting, but in the production of what we do as well,” Rzeznik explains. That’s meant adapting along the way – experimenting with fusing the digital and analog worlds and learning to bring in external assistance when needed.

For years, Rzeznik prided himself on writing in a vacuum. “I felt ashamed at one point about collaborating with other people because I was like, ‘Well, this means that I’m losing my touch.’ But it’s not true,” he stresses. While occasionally pairing up with outsiders was something he dabbled with in the past, Rzeznik says that from the band’s 2013 release, Magnetic, onward, collaborations have become his secret weapon.

“When I am able to put my ego aside, sit down with somebody who’s got a different skill set than I do, play them a little hunk of music, and then have them make a suggestion, which makes me go, ‘Whoa, I never would have thought of that,’ it’s a situation where one plus one equals three,” he explains. And finding the right partner, Rzeznik adds, definitely takes effort. “There’s a bit of a dating period. If you’re going to invite somebody into that process, you have to know that you’re going to be in a safe environment where there’s no exploitation, no phoning it in,” he explains, adding that like-minded partners and driven colleagues are crucial to a productive partnership.

Rzeznik has also changed his definition of what success means to him and learned to write without getting in his own way. These days, he’s concerned with producing music that fulfills him creatively. “There’s a certain amount of pleasure that the material has to give you because you play it every night,” he explains. “And I’ve been very lucky that a lot of our fans still relate to what I’m talking about now.”

He’s also continuously searching for new inspiration around him, whether that’s through revisiting past musical muses – The Who, Tom Petty, Oasis, Echo and the Bunnymen, and The Smiths – conversations he’s having, books he’s recently devoured or whatever he’s currently working out in his mind. For instance, Rzeznik says Miracle Pill, the band’s 2019 release, was inspired by his recent thoughts on human connections “good, bad, or otherwise” and the birth of his daughter in 2016. “There’s no way that that little human being is not going to somehow show up in your work, because they are so much of your life and they mean everything to you,” he says. He coins the track “Lost” as “something I’d like to say to my daughter” and says the title track tackles “the role of immediate gratification in modern everyday life and stimulation replacing feelings.”

When it comes to finding the balance between appeasing seasoned fans and catering to the new, Rzeznik admits that it’s a dance. “I try not to get too hung up in that because you can really trip yourself up and people know when you’re pandering,” he says, noting that he’s mainly focused on keeping his head forward. “I’ve had people say to me, ‘Don’t you wish you could write another “Iris”?’ I’m like, no, because I already wrote that,” he says. But the Goo Goo Dolls take every chance possible to celebrate the songs that made them. “It’s a privilege to be able to play a song that’s stood up that long and have people respond still in the way that they do,” says Rzeznik, adding that the band’s decision to celebrate the 20th anniversary of Dizzy Up the Girl by playing the entire album on its 2018 tour only further cemented this for him.

In July, the Goo Goo Dolls plan to head out on tour with Lifehouse and Forest Blakk. “It’s going to be a great summer,” Takac says. Rzeznik teases that attendees may hear a few new tracks, adding that having his daughter has inspired him to maintain a songwriting headspace. “The first time I held her in my arms, I thought two things to myself: One, ‘Don’t fuck this person’s life up,’ and two, ‘You better work your ass off,’” he says with a laugh. “So I’m motivated.” 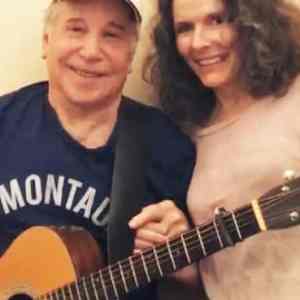 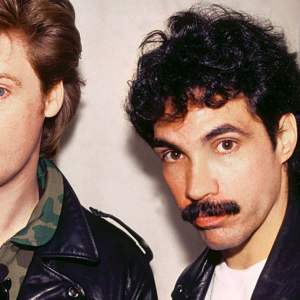