The story of the 77-year-old gospel singer, Elizabeth King, is the story of a life of hard work. King, who grew up on a Tennessee plantation, started working at five years old with her father. At nine years old, she began picking cotton and chopping corn. She worked so well with her brother that they earned adult pay, $3 a day, instead of $2. Later, working for a florist in Memphis the day Elvis died, King drove back and forth from her shop to the world famous singer’s mansion delivering bouquet after bouquet. Flowers from every state in America came through her place of business.

Throughout her life, King has attended church devoutly. Her relationship to a higher power remains central to her life, even today. King, who cut singles in the ’70s, stepped away from formal recording for more than four decades afterwards. In that time, she raised kids, sewing their school’s uniforms. Now, she’s back in the public eye thanks to her new record, Living In The Last Days, out today. The debut LP boasts her timeless, remarkable sound.

“Elvis was buried right across from where I live now,” King says. “That’s where my burial plot is, too. Forest Hill cemetery. But the traffic was so bad, they had to move him down to the mansion.”

King began to sing when she was three years old. At the time, the family still lived in Charlestown, Mississippi. Simply, she says, she just loved singing. She sang frequently in church and loved gospel music. As she got older, King never found herself enticed by the “cafés or juke joints.” People who drank to get drunk put her off. She never wanted that lifestyle. It’s not that she’s pompous or overly pious. Instead, it’s just not for her. She preferred the Bible, playing sports like basketball and baseball and singing.

“I could shoot every now and then,” King says of her basketball game. “But my job on the court was to make sure the girls that were scoring could make their shot.”

King grew up around preachers. Later, in the ’70s, while living in Memphis, King performed in the city and toured in nearby hotspots like St. Louis, Nashville and Pine Bluff, Arkansas. For King, singing provided a connection to something greater than just herself. She cares about a song’s message, its lyrics. King says she needs to feel touched by a piece of music in order for her to perform it.

“I’ve been married twice,” she says. “The first marriage wasn’t a bad marriage but it wasn’t something that I would want to sing about. I like to express the good things. That’s what I feel makes my life better. Then I could maybe help somebody else, to encourage them to do better.”

King, who is a distant cousin of the late-great B.B. King, says some blues songs inspire her, but mostly it’s gospel that does the trick. She first heard it from her mother, who sang around the house and would play early greats like Mahalia Jackson, who was born in 1911 and many call the “Queen of Gospel.” In fact, some of the songs on King’s new record are ones she sang as a child, like the album’s final track, “You’ve Got To Move.”

“When I was young,” King says, “my mom would teach us about the way of God. And she would explain to me that one day she was going to get old and she was going to move. I said, ‘Where are you going?’ and she said, ‘I’m going to be with the Lord and I won’t be back. But I want you to be good in life. When I leave, you’ll need this power to see you through life.’ I accepted that and it takes me through today.”

King remembers being sick in bed as a young person. The doctor didn’t know what was wrong with her and there seemed to be no real cure. So, King just began to sing. Somewhat miraculously, she says, she felt worlds better the next morning. Now, whenever she feels sick, she sings. She speaks to God in her own manner in this way and it provides her healing. Others, including songwriter, John Tesh, have talked about this phenomenon. King swears by it, appreciates it. While she isn’t necessarily advocating for a world without modern medicine, she does believe in the power of positive thinking and prayer.

“It’s a power,” she says. “When you wake up in the morning, you can say, ‘Oh my head hurts!’ and if you continue to say it, your head’s going to hurt before the day is done. A lot of people go to the doctor when there’s really nothing wrong with them. They just need to get in touch with a higher power.”

On her new LP, King shines. Her voice and delivery is as strong as any gospel or blues singer before her. It’s almost a crime to think she wasn’t recording over the past four-plus decades. But, for King, she looks on the bright side.

“I tell anybody,” she says. “I don’t have a whole lot of money, but I do know that you can make a living without doing the wrong thing.”

A few years ago, King received a call from a friend. They’d done some recording decades prior, but he had a new offer now. Bruce Watson, of Fat Possum Records, wanted to hear King cut some tracks. So, she shrugged and agreed. King met Watson at a studio at 10 minutes to 10 a.m. the next morning. She got on the mic and didn’t stop until 2 p.m. Not long after, King released a brand new single in 2019. Now her debut LP is out, unleashed into the world. And as bleary pandemic eyes begin to open again this spring, King’s music is a good reminder of what sacrifice mixed with good intention can bring us. And she is now being rewarded for her patience, with interviews and performances set with many big outlets.

“It’s amazing,” King says. “I never thought it would happen but I had hoped that one day I would be heard. I listened to a lot of songs and said, ‘Well, if they can do it, somebody ought to hear me.’ I feel now at my age the Lord has blessed me to continue to be able to have a voice and to encourage others my age. Don’t just sit there in the rocking chair—get up!” 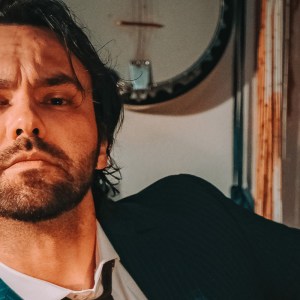 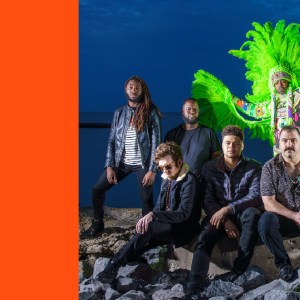