Elizabeth King had already clocked in her share of studio time and performances over the past 50 years—first leading the all-male gospel troupe, The Gospel Souls, since 1969 and into the ’70s, and giving life to the group’s gospel hit “I Heard The Voice“—before releasing her first full-length solo album Living In the Last Days in 2021.

Now 78, King is still living through her Memphis-born gospel and soul roots throughout the 10 rediscovered songs on her second full-length album, I Got A Love (Bible & Tire Recording Co.).

Produced by Bible & Tire founder Bruce Watson and backed by his Sacred Soul Sound Section, led by guitarist Will Sexton, all the musical facets of King emerge through each sacred rendering, a collection of songs pulled from her former manager, gospel DJ, and producer Juan D. Shipp’s D-Vine Spirituals Records catalog.

Shipp also pulled in Mississippi bluesman Jimbo Mathus (Buddy Guy, Squirrel Nut Zippers, Andrew Bird) to produce the title track of the album with King heavenly belting I got a love, people / That comes from heaven above.

King had some of her earlier recordings with the D-Vine and is back home with Bible & Tire, who are reissuing early D-Vine recordings, including the most recent compilation Sacred Soul: The D-Vine Spirituals Records Story Volume 1 and 2.

“There were a lot of songs to choose from, [and] we tried a good bit of songs from D-Vine and a bunch of songs I used to sing in the church and with my family and The Gospel Souls,” King tells American Songwriter. “And then we had Jimbo Mathus write an original for the album which was just beautiful.”

Singing most of the songs in church, the songs of I Got Love, with the exception of the newer title track, naturally connected together for King. “This collection of songs just fit well together,” she says. [They] sounded good together. They’re really just songs that have been around all my life. … ‘I Got A Love’ just glued everything together.

I Got A Love finds King at her most fervent, for life and immersed in the more divine spiritual elements that have remained with her since the beginning from the divine sermon of “What You Gonna Do” and “Everybody Needs Somebody” and bluesier “I Need The Lord” and “My Robe,” through the stirring “Give Me Wings,” performed a cappella. King accepts the reality of her days on the more uptempo “My Time Ain’t Long”—a partial reflection on her own mortality and the loss of her husband several years ago—and acceptance—That’s when I don’t worry about my time not being very long.

“All of these songs are songs I’ve sang my whole life besides ‘I Got A Love,’” shared King. “Older songs may be old but the message they hold is timeless. It’s all happening today and the love and joy and pain in these songs are what we all need to continue moving.”

She added, “The meaning is always the same. Just have faith and God will bring you through.”

Riding off the waves of I Got A Love, King went back into the studio to record the soulful “God is the Answer,” a sacred soul reworking of Bonnie “Prince” Billy’s 2004 song “Pushkin,” then under his Palace Music moniker. After a few lyrical switches, “God Is The Answer” (Bonnie “Prince” Billy redux)”—the title pulled from the repetitive verse of the original track—King adds a soulful movement to the original denser folk of Billy’s version.

Continuing on her musical journey as she approaches her 80th year has been the greatest gratification for King. “It’s all a blessing,” said King. “Whenever I get to sing, either in the studio or in front of an audience, it brings back memories. After we recorded ‘Living in The Last Days’ there was a real flood of memories and emotions.”

King added, “It’s a blessing just to return to the things I love to do. It took a long time to get back in the studio. I knew I could do it. It was just a matter of when and how.” 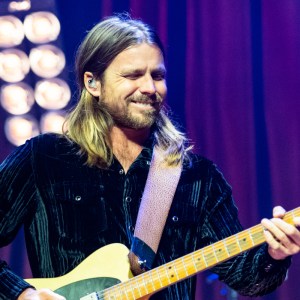 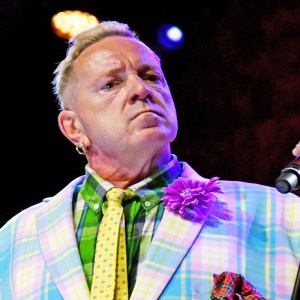