It seems like it happens all the time these days. You log onto Facebook, TikTok or Instagram and you see a random, unsung teenager deliver one of the most brilliant cover song performances you’ve ever seen. Sometimes it’s someone perfectly replicating a famous guitar solo, sometimes it’s a bassist recording their take of an iconic bassline and other times, the teenager lays bare their soul with a moving rendition of a classic.

And for singer, songwriter and multi-instrumentalist, Grace Gaustad, her career started off with the latter. In 2016 when she was only 16 years old, she uploaded a powerful performance of Hozier’s “Take Me To Church” to social media… between Instagram and YouTube, the video’s amassed over 25 million views to date.

Yet, where Gaustad differs from her “viral cover performance” peers is that she was able to leverage herself into a full-fledged career. This was partly thanks to her phenomenal talent as a performer, but also to something else that wouldn’t be so evident from watching her “Take Me To Church” cover alone: she’s a fantastic songwriter herself. Now, on April 30, Gaustad is releasing her newest EP, Welcome To Jupiter 1.0, a poppy and introspective window into the now-19-year-old artist’s world.

“This EP was written during COVID, really,” Gaustad told American Songwriter. “So, I was forced to create in a way I had never created before. There were a lot of virtual sessions and, in general, the world’s been a super strange place. It’s been challenging. Interestingly enough, though, that environment itself really dictated a lot of what I wrote about. For example, ‘Out Of Time’ is about looking back on your life and realizing that you spent time on all the wrong things and all the wrong people. So when I was in COVID and I all of a sudden couldn’t see my grandparents and my friends and stuff like that, I was like ‘Wow, I wish the world was open… when I had all of that time, I didn’t spend it where I should’ve.’”

As you might be able to tell already, Gaustad is an extraordinarily thoughtful writer, especially for her age. One of the EP’s highlights is the track “Oxygen,” an emotional tribute to her mother which shows off the care she takes to her writing, especially when she does in solitude.

“I tend to write my most vulnerable and personal songs on my own,” she explained. “‘Oxygen,’ for example, is something I wrote in the middle of the night in my room, and it’s such a vulnerable song. It’s about my mom and her literally being the ‘oxygen’ in my life when I felt like I couldn’t go on anymore. It’s definitely a tear-jerker. It was one of those songs where I felt I needed to be alone to write it.”

But Gaustad has a solid team of collaborators too. Working alongside Scott Effman, she made sure to include a wide breadth of moods and moments on Welcome To Jupiter 1.0.

“I write the more upbeat stuff with others, and I do collaborate quite a fair bit” she said. “I did three out of the four songs on this EP with Scott, who I’ve known for three years. He’s an incredible producer and one of my best friends, so we work so well together. I wrote the more upbeat and exciting ones with Scott, like ‘Out of Time,’ for example. We didn’t have to dig so deep into ourselves to get those ones out.”

With its emotional peaks and valleys, Welcome To Jupiter 1.0 is a comprehensive work, paying homage to all of the things that have helped Gaustad become who she is today. With a tribute to her mother and some lamentation for not getting to spend more time with her grandparents, family rises to the top as something she’s thankful for. But, as she explains, in many ways, she wouldn’t be where she is today without them.

“I fell in love with music when I was so, so young,” she said. “My mom played the piano all the time when I was little. When I was about 5 years old, I started sitting on her lap and putting my hands on top of her hands as she played. That’s how I learned how to play, at first. From that moment on, I was just in love. I tell everyone: music is the love of my life. Every part of it is so beautiful to me.”

With that spark lit, it didn’t take long for Gaustad to devote herself to her life’s calling. “As soon as I learned how to play an instrument, all of a sudden I was able to take these little short stories and poems I was writing on the side and combine them all together,” she explained. “That’s when I started writing songs. I would say I was probably around 8 or 9 years old.”

And thankfully for Gaustad, she was born at a pretty convenient time—just as she was coming of age, so was the internet. With that extraordinary tool at her disposal, she was ready to start pursuing her dream in an even more rigorous way once she reached her teenage years.

“I knew that I wanted to be a musician from the first moment my hand was on those keys,” she said. “I’ve been telling my parents since I was teeny tiny: ‘Mom, Dad, I’m going to be a rockstar! Just wait and see.’ So, I was running with that for a while! Really though, my parents allowed me to be as creative as I wanted to be and work on music as much as I wanted to, but they sorta had one rule: ‘Until you’re 16, you’ve gotta keep it back. If, some day, you want to put this all out there, we’ll totally support you.’”

At first, Gaustad felt a bit held back by this. Her devotion to music was so strong and her drive was so intense that she just wanted to dive in. But now that she’s older, she has a different view of it.

“They were super protective of me when I was younger,” she said. “But looking back now, that was the right thing to do. I think it’s really hard for a kid to navigate the entertainment business. I wanted to get into entertainment too young and they held me back from that. Instead, they did something really great: they made sure I had an incredible childhood.”

But now, at 19 and with a good bit of experience under her belt already, Gaustad is feeling more prepared than ever to make her dreams a reality. With hundreds of thousands of followers, bushels of talent and a supportive community behind her, she’s ready to keep telling her story through songs and climbing up the ladder to stardom. In addition to this EP, her debut full length, BLKBX, is due later in 2021.

“I’m very excited to finally get my first full-length album into the world,” she said, looking towards the future. “Something else I’ve always dreamt about is touring the world. So, I’m really looking forward to being able to tour and connect with my fans. Followers on the internet are one thing, but to see someone in person is a totally different energy. Any artist’s dream for their art is for it to have a positive effect on people. So, being able to see that people from everywhere are able to hear it and experience it, makes me so happy.”

With all of these exciting projects on the horizon, it’s easy to forget that Gaustad got her start as another viral video of a cover performance. But as she’s proven with Welcome To Jupiter 1.0 and as she’ll likely continue to prove, when you set your sights on something and line up all the right people around you, almost anything is possible.

Grace Gaustad’s new EP Welcome To Jupiter 1.0 is out now and available everywhere. Listen to it below: 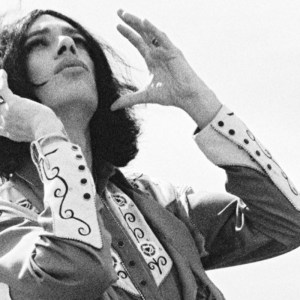 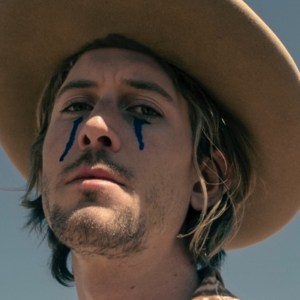