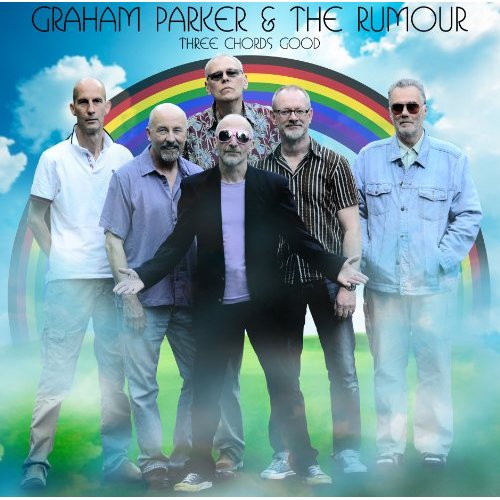 The excitement that greeted Graham Parker & the Rumour’s arrival in 1976 still conjures enough good feeling to make the return of Parker & the Rumour, on the new Three Chords Good, one of the year’s most eagerly awaited rock reunions. They haven’t played together since Parker’s 1980 album The Up Escalator, although Rumour members have played with him since then.

And while time hasn’t totally stood still for Parker’s voice or his intuitive synergy with his backing band the way it has for his peer, Elvis Costello, the man has brought some strong, memorable songs and keen wordplay to this recording session. And the Rumour play them well without trying to overshadow their leader. He can also still push and twist a pliant syllable like prime Dylan.

Back in 1976, when they arrived from England, Parker’s snarling, gruffly soulful voice matched the band’s way of making organically unpretentious, truthful rock ‘n’ roll. They had no star-tripping solos; he had no lyrical/vocal overreach. In short, no fat. (At first, Parker also used a horn section at times.)

It was as if the Van Morrison of “Domino” and “Brown-Eyed Girl” had avoided getting lost searching for cosmic consciousness; as if the fiery Stones of Exile On Main St. had stayed a focused, committed unit rather than the others stepping back for Mick Jagger on “Angie” and “It’s Only Rock ‘n Roll.”

Two sharp, electrifying albums were released that year, Howlin Wind and Heat Treatment – the first fittingly produced by Nick Lowe, whose former band Brinsley Schwarz provided the core of the Rumour. (Including Schwarz, himself, on lead guitar.) The other Rumour members were – and again are – Martin Belmont on guitar, Bob Andrews on keyboards, Andrew Bodnar on bass and Steve Goulding on drums.)

But Parker stumbled with two disappointing subsequent albums, and disagreements with his label, Mercury Records, seemed to preoccupy him at the very moment British punk and New Wave arrived and suddenly made his music seem a little retro. For a new label, Arista, Parker found himself every bit punk’s raw, urgent equal on 1979’s Squeezing Out Sparks.

That record’s mostly acoustic “You Can’t Be Too Strong,” maybe his greatest song, is the equal of Costello’s “Alison” or anything by Dylan in pitilessly seeing a woman’s plight – in this case an abortion – through the eyes of a heartless man. Except neither the song nor Parker come off as heartless. It’s the very definition of “tender but tough.”

Parker has stayed busy since then, even had moments when he’s found a song or two that has gotten substantial FM airplay (1988’s “Get Started, Start a Fire”). But he’s sort of drifted into rock’s aging second string. He decided on this reunion last year, in time for the Rumour to appear with him in fan Judd Apatow’s upcoming film This Is 40.

With a skanky, loping reggae groove from the band, the new album kick-starts with maybe its best song, “Snake Oil Capital of the World,” which shows Parker’s acidic singing and trenchant writing in sharp form as he spits bitter bon mots like “The old, weird America/never went anywhere.” The Rumour join in at key moments to provide emphatic back-up singing, a task they repeat well throughout the album’s 12 songs.

On “Long Emotional Ride,” Parker removes some of his defiant armor, slows down for a mid-tempo soulful groove a la Smokey Robinson, and gets confessional: “I thought I was a cold, cold man/As a writer you need to be.” While it’s not overtly stated, the song appears to be his tribute to the band, and it’s touching. And romantic. When the Rumour, so polite in their accompaniment, step forward on the break to provide spare but involving keyboard and guitar, you know this reunion was worth waiting for.

And the good vibe and smart writing continue on the title song, “Stop Cryin’ About the Rain,” and – a change of pace – the slower, sensuous, Mose Allison-like “Old Soul.”

But there are a couple songs where Parker’s voice grows thin and the band turns forgettable – “She Rocks Me” and “That Moon Was Low.” There’s also a song that’s just plain weird called “Last Bookstore in Town,” which (like “She Rocks Me”) features a kazoo.

Parker can deliver some spiky, trenchant political opinion – “Arlington’s Busy,” a folky anti-war song that seems a direct cousin of Dylan’s “Masters of War,” has a stately pace that underscores his impassioned disgust. And the revved-up “Coathangers” shows whose side of the pro-choice/anti-abortion debate he’s on. He can no more stomach a Republican than he could a Journey concert.

Overall, as far as rock ‘n’ roll is concerned, he’s on the side that keeps fighting for the music’s modern relevance when it stays true to its roots. And he’s back with the band that he started with, to remind us of his own continued relevance. 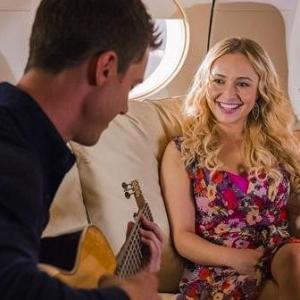 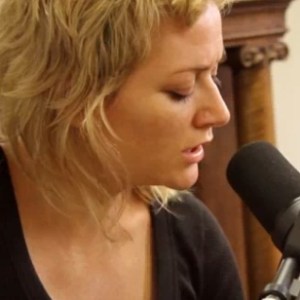