This article appears in the July/August “British” issue, available now on newsstands.

It’s Saturday night in Nashville, and locals and tourists alike are flocking to live music venues to hear bands and singer-songwriters. But not everyone is partying at the downtown honky-tonks or lining up at the Ryman Auditorium to see some legendary act. This night, scores of people are raising their glasses and doing their best half-lit “Riverdance” steps to the music of Nosey Flynn, the house band at McNamara’s Irish Pub, one of several Nashville-area traditional Irish music venues.

Nashville isn’t unique in that its Irish music spots draw large crowds. From Fort Lauderdale’s Field Irish Pub and Eatery, to the Kells Irish pubs of the Northwest, to, of course, the Irish music venues of Boston, traditional Irish and Celtic music packs them in pretty much everywhere. For clarification: The difference between Irish and Celtic is that traditional Irish music is, well, Irish, while Celtic music can incorporate the sounds of Ireland, Scotland, Wales, and neighboring countries. As much as anything, “Celtic” has become a catch-all marketing term, kind of like “Americana,” that has grown to include an easy-listening, new-age flavor that is often anything but traditional acoustic music. But whatever you want to call it, music from that part of the world has become big business and has millions of fans.

The music of numerous Irish musicians of the past few decades has little in common with the music of centuries past. You’d have to stretch a long way to find much similarity between U2’s sound and traditional Irish music. The same goes for Thin Lizzy or Snow Patrol or Sinead O’Connor. And the biggest-selling Irish solo artist ever, Enya, who has traditional Irish roots with her sister Moya Brennan in the band Clannad, is one of the legends of today’s less-than-trad Celtic movement. The influence of early Irish and Celtic music has come to be heard in much of America’s music, ranging from what came out of Appalachia in the early 1900s to today’s high-decibel, Eire-influenced punk and rock.

A strong parallel can be drawn between the music of Ireland and the bluegrass music of America. For instance, the traditional Irish folk song “The Black Velvet Band,” recorded most famously by Irish folk band The Dubliners, was adapted in the U.S. by country singer Cliff Carlisle to become “The Girl In The Blue Velvet Band,” and was recorded by such bluegrass stars as Mac Wiseman and Doc Watson. It’s also pretty famous as an Irish drinking tune; in fact, a lot of traditional Irish music seems to go hand-in-hand with alcohol, something it has in common with a lot of American country music. Grammy-winning bluegrass multi-instrumentalist and vocalist Tim O’Brien, whose work can be heard on the albums of Cowboy Jack Clement, Steve Martin, Wall of Voodoo’s Stan Ridgway and numerous others, is a major practitioner of the music of his Irish ancestors.

“My great-grandfather was from Ireland, and when I started playing music, began playing bluegrass and fiddle tunes, I started thinking, ‘Oh, these are really Irish tunes,’” says O’Brien, who is perpetually busy with sessions and solo and band projects. “I quickly realized that Bill Monroe – who was actually of Scotch heritage – I realized that his bluegrass music, and Irish music and Scottish music, were very closely intertwined.”

While he has worked with some of the most prominent names in bluegrass – and, indeed, is actually one of them himself – O’Brien has also recorded with two of today’s pre-eminent Irish groups, The Chieftains and Altan, as well as with Irish music legend Paul Brady, known for his tenure with traditional Irish group Planxty. “I met Paul through [Irish vocalist] Maura O’Connell, and when I got ready to record my album The Crossing he was the first person I thought of,” he says. “We did [traditional Irish tune] ‘Down In The Willow Garden,’ which was also recorded by The Everly Brothers and by [Bill Monroe’s older brother] Charlie Monroe. It’s a great murder ballad, and Paul’s a powerful, powerful singer.”

And even though they may not have been particular bluegrassy, as a young picker O’Brien also became aware of musicians who brought Irish music to the American mainstream, such as The Irish Rovers, who broke through on American radio with “The Unicorn” in 1968.

Steve Earle’s name should be a familiar one to readers of this magazine, and to anyone who’s listened to country or Americana music during the past 30 years. But what is surprising is how Earle’s name may be bigger in Ireland than it is in the U.S. because of a song he wrote there, “Galway Girl.” He recorded it with Irish vocalist/accordionist/fiddler Sharon Shannon for his album Transcendental Blues, and it became something of a modern-day standard in Ireland. And the song practically became a bona fide part of the fabric of the nation’s consciousness after Shannon recorded it with Irish singer Mundy, and their version became one of the highest-selling singles in the country’s history. Irish influence can also be heard on Earle’s Copperhead Road album on the song “Johnny Come Lately,” which he recorded in Ireland with groundbreaking folk-punk band The Pogues.

Numerous other Americana artists display an Irish influence in their writing and playing as well. Colorado’s Kevin Dooley, Georgia’s Spud Brothers, and Switchback, pioneers of fusing the genres for over 20 years while opening for such acts as Leon Russell and the late John Hartford, are just three acts who play Americana music with an Irish or Celtic flavor.

Today’s version of traditional Irish music almost always features the guitar, and often the mandolin and the bouzouki, but none were part of that music in the beginning. Instruments like the tin whistle, the fiddle, the pipes and the harp – a smaller version, not a full-size concert one or the reed instrument – were more prominent, as was the bodhran, a handheld Irish drum. The fiddle has been of particular importance, with tunes like “Drowsy Maggie” and “The Sligo Maid” among dozens of fiddle favorites that any self-respecting traditional Irish band should know. Harps don’t abound these days, but most Irish groups of today use the other instruments, as well as an occasional accordion. While some Irish purists may not like it, it’s just evolution, kind of like Dylan deciding to play a Strat at Newport.

“The bouzouki, the mandolin, the guitar – those are relative newcomers to Irish music,” observes O’Brien, who plays all three instruments. “With the advent of The Beatles and the folk revival of the 1960s, guitars became more popular. The flute, the fiddle, the pipes are really the original instruments. Or it might be somebody pounding away on a piano with a couple of people playing a melody in unison. Guitars were added later. And the bouzouki, which is really a Greek instrument, is a great accompanying instrument because you can tune it an octave below the fiddle and sort of mimic the fiddle.”

Give The Lasses Some

Women play an important role in Irish-influenced music, with some amazing virtuoso singers and players performing today. Irish fiddle tunes such as reels, jigs and hornpipes get an audience going, and possibly the most highly-respected fiddler of this type is Eileen Ivers. But she goes way beyond playing traditional Irish dance music, having been dubbed “the Jimi Hendrix of the violin” by The New York Times. Born in New York City to Irish parents, Ivers has worked with everyone from the Riverdance dance troupe to jazz-fusion guitarist Al DiMeola. Acclaimed Chicago fiddler Liz Carroll is another notable, with numerous awards from a worldwide career. She’s also the first American-born traditional Irish musician to be nominated for a Grammy. Still another important fiddle player is Bridget Regan from the punk-influenced Irish band Flogging Molly. And the harp, though not seen quite as frequently these days, is also championed by a woman, Clannad’s Moya Brennan. Though she’s renowned as a vocalist who has worked with such musicians as Robert Plant and Michael McDonald, she’s also a respected harper. Yes, they call them harpers as well as harpists.

One of The Dubliners’ biggest hits was Ewan MacColl’s “Dirty Old Town.” This song was in turn recorded in 1985 by The Pogues, a band that somehow managed to be irreverent and respectful of its roots at the same time. The group was led by Shane MacGowan, who had Irish parents but spent much of his youth in London, where he was influenced by the punk movement of the 1970s. Combining electric guitars with the fiddle, bodhran and tin whistle, The Pogues created a sound that fused Irish heritage with the anger and frustration that the Irish are sometimes known for, an anger born of decades of strife between Catholic and Protestant.

While the Pogues were mixing and re-defining a number of influences, they were also showing others it could be done. Dublin native Dave King, who had been the lead singer of heavy metal band Fastway with members of Motorhead and UFO in the 1980s, turned his attention to traditional Irish instrumentation. A few years and several different band members later, King’s Los Angeles-based Flogging Molly was born, becoming a live draw that fuses punk with real Irish musicianship. You want a rebel attitude? Well, Flogging Molly’s album Within A Mile Of Home is dedicated to Johnny Cash and the Clash’s Joe Strummer.

Another example of the Irish influence combined with punk and rock energy is Dropkick Murphys. This Boston-based act, while influenced by The Dubliners and The Pogues, is equally informed by the garage-rock energy of The Ramones and the balls-to-the-wall approach of AC/DC. The band plays several traditional Irish instruments (no fiddle though) while making sure the sound man cranks up the bass and drums.

Even with bands like these, though, melody is still king. You can leave one of their shows wanting to smash something, but you’ll still have a tune in your head and a skip in your step.

“We play the same music on both sides of the ocean, but there’s a different accent,” O’Brien said. “In Ireland the music is more melody-driven, where in the U.S. it’s more rhythm-driven. When an Irish musician learns a song they usually learn the melody first, whereas an American musician, a bluegrass or country musician, will learn the chords first. That may be an over-generalization, but it’s a different slant. Learning that music, playing with those great people, I think makes you appreciate the melody. They’re very particular, and it’s almost like the idea is to get one big melody out of all the instruments being played. It’s thrilling when you get to the place where that’s happening.”

This article could go on and on, as the music of Ireland and its surrounding countries has influenced American music in ways we don’t even realize. O’Brien put it as philosophically as any one picker could. “All of American music,” he said, “is colored by the green of Ireland and the black of Africa.” 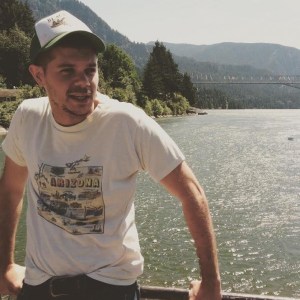 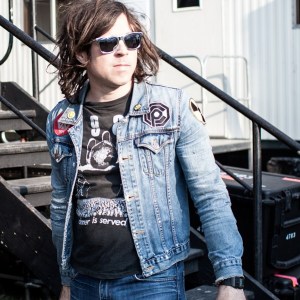