“This job of mine is about empathy,” says singer-songwriter Steve Earle. “All art is about empathy.” Since releasing Guitar Town, his now-classic debut album, 34 years ago, Earle has become particularly adept at his job, giving voice to those most in need of being heard: the underdogs, the outcasts, the falsely accused or unjustly sentenced. The lonely. The lost. The victims — of circumstance, their own bad judgment or someone else’s greed.

But on his latest album, The Ghosts of West Virginia, which contains seven songs written for the play Coal Country, Earle wanted to do more than drum up sympathy for the 29 miners who died in West Virginia’s Upper Big Branch Mine disaster and the families they left behind.

“I was looking for a project that would give me a way to speak to, and maybe even for, people who didn’t vote the way I did,” Earle explains from his New York home, while gently strumming his mandolin after applying a rawhide string damper. “What I’m hoping to accomplish is to let these people know that I hear them … [and] I want other people like me to understand who these people are, and why their lives are the way they are and why they believe what they believe.

Earle was already familiar with the region when documentary playwrights Jessica Blank and Erik Jensen, with whom he’d previously collaborated on The Exonerated, tapped him to write songs for Coal Country (whose month-long Broadway run was cut short by New York’s COVID-19 shutdown). In fact, the play, in which Earle’s songs wrap around monologues written completely from interviews with the two survivors and families of those lost, includes one song he wrote 20 years ago: “The Mountain.”

Its last line, “There’re ghosts in the tunnels that the company sealed,” would seem eerily prescient — if Upper Big Branch hadn’t been just the latest in a long history of U.S. mining disasters. West Virginia, the only state located completely in Appalachia, was also the site of the nation’s worst, with 362 fatalities.

Several songs on The Ghosts of West Virginia examine mining’s heavy toll. “Black Lung” contains the lines, “If I’d have never been down in a coal mine/Lived a lot longer, hell, that ain’t a close call/But then again I’d a never had anything/And half a life is better than nothin’ at all.”

To those who can’t fathom why anyone would risk their life descending deep into the earth just to scratch out a living, Earle answers, “It’s good money. And even when it wasn’t good money, it was the only good money.

“The myth is that everybody [in mining regions] voted for Trump because they’re all working in coal,” he says. “One in 1,000 people in these areas have a job in coal. And the coal jobs are the only decent jobs that there are. It’s a drag; what there’s more of is OxyContin and unemployment.” (He addresses the area’s opioid crisis in “The Mine,” the first song he wrote after visiting West Virginia with the playwrights.)

But coal is as deeply embedded into the region’s culture as anthracite veins are in the earth’s crust. Generations of men have followed their elders into the mines; like firefighters or police officers, it’s who they are, Earle explains.

“It’s a tribe and they’re very proud of what they do,” he says. “And they should be; not everybody can do it.”

He expresses those perspectives in “Union, God and Country” (“My daddy was a miner, my daddy’s daddy too … When you’re born in West Virginia, a miner through and through”) and “It’s About Blood,” a powerful indictment of the callous company men who knowingly ignored safety while exploiting workers in pursuit of profit. In a rough-hewn baritone dripping with bitterness, Earle wonders, “Is that the wind you hear howlin’ through the holler/Or the ghost of a widow that cries/For every man that died for a coal company dollar/A lung full of dust and a heart full of lies.” Then he recites 29 names.

On April 5, the 10th anniversary of the disaster, he participated in an online tribute in which he sang one of the most beautiful songs he’s ever written, “If I Could See Your Face Again.” On the album, it’s sung by singer/fiddler Eleanor Whitmore, a member of his band, the Dukes. Her crystalline soprano conveys a widow’s ache so thoroughly, just listening creates a lump in the throat.

As for lumps of coal, Earle says his opinion hasn’t changed; he’d like us to stop “burnin’ black shit that comes out of the ground.” But as long as we still power our air conditioners with fossil fuel, he says, we should respect those who risk their lives to gather it for us.

“We need to take care of ‘em. And once they don’t do it anymore, even more important, we need to figure out what happens with them next,” Earle says. “We need to give a fuck.” 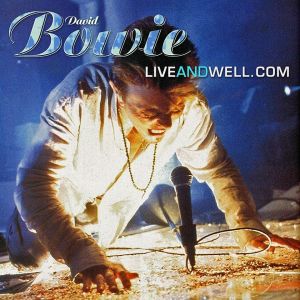 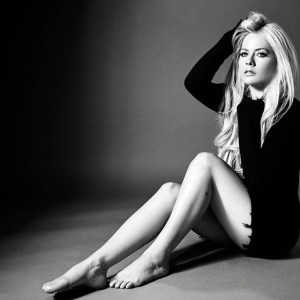