Roots supergroup Appalachian Road Show puts a bluegrass-flavored spin on a gospel song, “Tribulations,” made popular by the likes of Bon Iver and Valerie June. The title-track premieres ahead of the sixteen-track album due for release March 27th via Billy Blue Records.

GRAMMY-nominated banjoist Barry Abernathy joins forces with GRAMMY-winning fiddler Jim VanCleve, fresh off of his recent stint touring with multi-platinum country artist Josh Turner. The esteemed Darrell Webb supports with vocals and mandolin. He has previously recorded with Dolly Parton and Rhonda Vincent, among many others. The group also includes bassist Todd Phillips, an acknowledged legend in bluegrass music circles, with two GRAMMY wins and four GRAMMY nominations under his belt. Appalachian Road Show rounds out with 23-year-old “old soul” guitarist Zeb Snyder, whose fierce and versatile playing recalls Doc Watson and Norman Blake as readily as it does Duane Allman and Stevie Ray Vaughn.

Initially recorded in 1959, “Tribulations” is inspired by the last book of the Bible. The track holds central to the interwoven themes of resilience and faith on the record. Appalachian Road Show blends dynamic five-part harmonies with vintage tones to help tell the stories of their ancestral hills and the unique culture they hold. The reverence of the lyrics as a serious gospel song holds a weight that tied their project to completion.

“Tribulations is an extremely powerful old-time spiritual, penned by Estil C. Ball,” Abernathy shared. “Old-time mountain church singing is the foundation for everything that I am musically, and this song pulled the theme of our whole project together to make it feel complete. We referenced the earliest known recordings of this song, and with a spirit of reverence, we consistently strive to preserve the dignity and authenticity of it. We are proud of our Appalachian heritage.”

Abernathy, VanCleve, and Webb were each born and raised in Appalachia. Their introduction to the music they purvey was in the church choir on Sundays, then their grandparents’ porch later that afternoon. The three have taken it upon themselves to piece together their stories from spanning ends of Appalachia. As self-designated ambassadors of mountain folklore, their goal is to use their music as a channel for a modern interpretation of this abounding tradition.

“Appalachian Road Show is meant to be more of a cultural experience rather than simply just a collection of songs. If we were to be viewed as unofficial ambassadors of Appalachian culture eventually, that would be an honor.”

Listen to this quintet’s take on “Tribulations” below and look out for their album on March 27th. 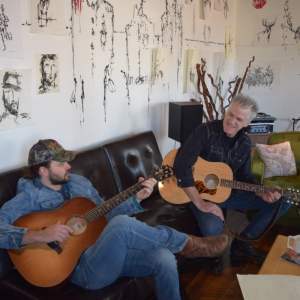 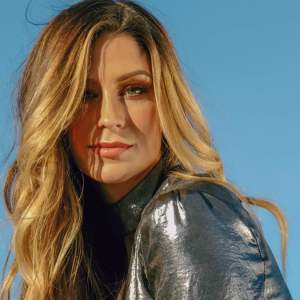