Starting with their 1998 debut album, Northern Star, iconic dance/electronica/trip hop band Groove Armada have demonstrated an ability to encompass a wide variety of styles while still staying firmly within the electronic dance music tradition. Their tracks “I See You Baby,” “Superstylin’,” and “At the River” have become touchstones in the genre. And they’re still coming up with innovative ideas, as they prove on their latest album, Edge of the Horizon (released last October via BMG).

Even with Groove Armada’s reputation firmly in place, member Tom Findlay is initially too modest to give other artists advice. “I think there are very few people out there who have extraordinarily unique visions in the way that they do music, and I admire those people,” he says during a recent call from his London home. “Like Prince, or someone that just has a very distinctive kind of sound.”

Eventually, though, Findlay is willing to offer up some words of wisdom. “When people come to me asking for advice, I do try to get them to think about who they want to be—what sound do they want to emulate? I’m not saying copy them, but saying, ‘This piece of music is an exemplar of what you want.’”

Findlay gives an example of how he and his bandmate Andy Cato still employ this technique, even now. “When we’re mixing a track down, we might listen to an LCD Soundsystem track,” he says. “It’s not so much about the songwriting as much as the sound of the record, and are we at that level? Is it kicking in the same place as a track that kicks?”

Once you find that inspiring piece of work or artist, Findlay says, “Be hard on yourself and try to get your music to that level, because sometimes you can be in the studio and you’re on your own and you turn it up really loud and you think it’s the best thing in the world. It’s good to go back into things quietly and compare it against the things that you see endure.”

Findlay says it’s important to do this consistently. “Keep forcing yourself back to that place,” he says. “Try to make yourself be as good as the people you admire.” 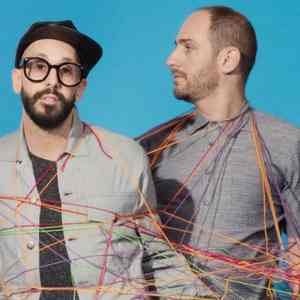 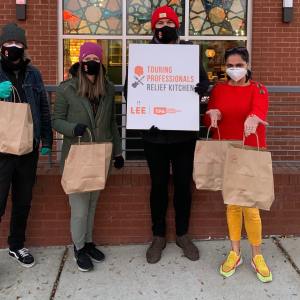