“I’d rather be singing my heart out, in a dark and dingy bar…..”

I heard those words while driving down Ocean Ave in Brooklyn, NY heading out to Sheepshead Bay to teach piano lessons. I had quit my full time office job a couple years prior and was still slowly figuring out how to make a living as a professional musician. I was beginning to embark on my commitment to a life and career based in song. I was learning very quickly this was a life choice often questioned by others, questioned so much that my own devotion and faith in my path could not be tenuous. I couldn’t quite put into words the feeling that sustained my choice but this song immediately seemed to do so.

Emmylou Harris’ voice rang through my car speakers and grabbed me in a way it always does, but this time the words were new to me. I hadn’t ever heard the song before. The story is relatable to musicians who live their lives in bars, on the road, often for nothing more than the love of playing music. They sometimes turn to vices, whatever they can do to sustain their faith and survive emotionally. I looked down at my phone and saw that it was a bonus track on a re-released version of Emmylou Harris’ 1976 album Luxury Liner. It was called “Me and Willie.” I hit repeat and played the song over and over until I reached my destination and then again all the way home as well. I immediately wanted to know everything about the songwriter. I stalked the internet but found only a name, no other song credits, no All Music profile, just a name: Laurie Hyde-Smith.

For a year, I talked about this song nonstop to everyone, hoping someone might know the story. How did Emmylou find this song? Why doesn’t the writer have her own album or other songwriting credits? Who is she? Is she even a singer herself? Who is Willie? Is it a true story? It has to be. Then in early 2015 I gave an interview with American Songwriter Magazine in which they asked what some of my favorite songs were. I, of course, named “Me and Willie” and named Laurie Hyde-Smith as the songwriter. A few months later, I received a Facebook message from Laurie Hyde-Smith. She had happened upon the interview and was touched that I loved her song. She listened to my music and wanted to know more about me. She lives on the coast of North Carolina and runs a surf shop with her husband, leading a quiet life. I couldn’t believe we were in touch and I wanted to know everything!

Laurie and I emailed back and forth for about a year when I received an email from her asking if I would be comfortable with her and her husband coming to Nashville for a visit to meet me. I wrote back right away, of course I would be thrilled. “How about next week?” I asked. I happened to be playing a show at the Basement and it would be so exciting if they could come. They booked their flights that day. It was only the next day that I second guessed inviting complete strangers for a visit. That’s the thing about songs, she didn’t seem like a stranger.

At my show at the Basement, I surprised Laurie and Gary by playing “Me and Willie”. The song tells a story of two people. One who succumbs to the vices, the pitfalls and the challenges of the temperamental life as a musician on the road, filled with the highest of highs and lowest of lows. The other person retreats. She chooses the “straight job”, the “steady life”. The last verse of the song says “I left Willie in a bar in Marietta, couldn’t stand to watch the man I love drink himself to death. Now I’m working in Ottawa and I’m doing well I guess, but you know the good life don’t look so good from behind a desk.” And then kicks in the chorus, “I’d rather be singing my heart out, in a dark and dingy bar….”

Laurie and Gary were extremely moved to be in Nashville for the first time and hear Laurie’s song performed. I naively didn’t realize I was giving them a gift. I was so consumed with what Laurie gave to me in writing that song. Because of this one song, I’ve gained two wonderful friends in Laurie and her husband. In addition, my belief in the importance and value of writing and sharing songs has been reaffirmed and validated. The experiences, the lives touched, the people you meet, all because of four minutes of music and words is profound. When a songwriter sits down in her room and puts her thoughts and feelings together, she has no idea the life that one song will take on.

I often wonder which other professions invite so many outright and comfortably shared judgments from friends, family and strangers alike. “You still doing that music thing?” “I don’t know how you make money doing that.” “How can you get healthcare and save for retirement? Are you thinking of your future?” “Oh it’s fine now while you’re young but in a few years you’ll find something different.” The honest to God truth is I don’t always know the answers to those questions. I’m not sure if I’ll ever make “enough” money or afford a comfortable retirement plan or health care. But I don’t think there are any guarantees in life on whatever path one chooses. With this one life, I’ve chosen a path chasing experiences, relationships, and growth through the writing, sharing and listening of songs instead of money, security or comfort. Some days it’s easier than others. On the hard days, I listen to Laurie’s song.

“I’d rather be singing my heart out, in a dark and dingy bar…..”

Hear Michaela Anne’s cover of “Me and Willie” below. 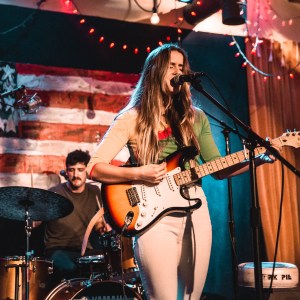 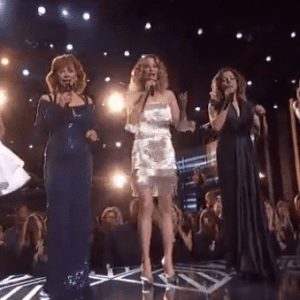