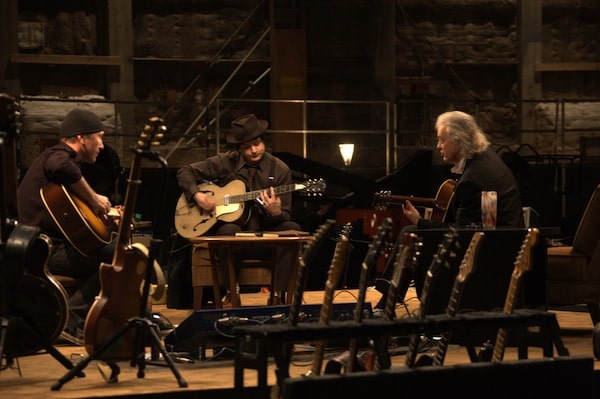 Since I’m getting old now, I thought I’d tell you about the most important things that you need to know and put them all together, just in case I become debilitated before the next article.

In this issue, I’d like to cover several topics that are all related. I’ve been playing guitar professionally since 1966, and teaching guitar since the late ’70s. Both my parents played music and were both self-taught. I am eternally grateful to both of them for making singing and playing a musical instrument seem as natural as walking and talking. Many people aren’t so lucky.

For some reason, I was never interested in the piano my mother played every day. My father played country music, which my mom didn’t like so much. She liked “legit” music better, but couldn’t read a note. She figured out everything by ear, having taught herself to play piano by just experimenting until it “sounded right.” My father taught me “You Are My Sunshine” and that got me going on guitar, and I haven’t stopped yet.

My first attempt at writing a song was with Alex Chilton, my old bandmate in the Box Tops. We co-wrote a song called “It Isn’t Always So Easy” in 1968, which finally got released a couple of years ago.

When I moved to Nashville in 1981, I found myself in a community where almost everybody wrote songs. I moved at the invitation of Chips Moman, legendary producer of Elvis, Willie Nelson, B.J. Thomas, Neil Diamond and others. In addition to guitar playing for Chips, I began teaching guitar to Nashville songwriters. I began to notice that there were certain things about guitar playing, (and music in general ) that most of the songwriters didn’t know. Oddly enough, 33 years later, I find that those things that most singer-songwriters don’t know are exactly the same things.

Most people learn guitar in a very haphazard way. In fact, there are very successful , fabulously wealthy, award-winning guitarists who don’t know common chords that I teach to kids. To illustrate this, I recommend that you watch the excellent music documentary It Might Get Loud, which stars three of the most famous and successful guitarists on the planet: Jimmy Page, Jack White and The Edge from U2. At the end of this fascinating film, they’re sitting around playing “The Weight” (by The Band) on acoustic guitars. What absolutely floored me was that when they played a Bm chord, all three of these famous guitar players played the Bm as a four-string chord , not as a bar chord ! I teach the Bm bar chord to 12-year-old girls! Obviously, these guys can do things on guitar that most of us can’t do, but when they got to the Bm bar chord, they played it the same way they learned it when they were kids without thinking much about it. Very interesting.

So here are the things that many of you still don’t know: (1) the easy way to make bar chords (2) how to use your capo (3) how to use your tuner (4) “Color” chords (5) “connector” chords (6) how to keep a steady rhythm (7) how to move your hands from one chord to another between the beats instead on the beat.

Which brings us to the little trick that most singer-songwriter guitar players don’t know. Be honest, you hate bar chords, don’t you? Yes, I know it’s “barre” chords, but I can’t be bothered. Did anyone ever tell you that you can make a bar chord without your thumb even touching the neck of the guitar at all? Probably not. Most of you don’t know that it’s not your gripping strength that enables you to make a nice clear bar chord. It’s leverage. You pull back with the whole arm of your fretting hand. Pull your elbow straight back. Do not rest your arm on your thigh. Of course, if you pull back with your arm, the guitar neck is just going to go backward unless you press back with your opposite arm. It’s as if you were trying to break the neck off your guitar. But you can’t do it. Lean into the guitar with your chest and treat it like an upper body exercise. With a little practice you can make a bar chord with the the thumb of your fretting hand just sticking out into space. Not that you need to do that, but you could. Okay, what else besides the leverage trick do most songwriting guitar players not know?

Now, let’s get to your capo and tuner. Most capos make your strings go sharp, because they squeeze too tightly. And if you don’t want to spring for (pun intended) an adjustable capo, at least position your capo properly: the north end of the fret should touch the south end of the capo. It makes a difference. Now about your tuner: Just because your tuner says the open strings of your guitar are in tune , it does not mean that the fretted notes are in tune! Check the fretted notes for intonation. I recommend the 3rd fret, if you play a lot of open chords. Also, if your tuner is not chromatic, it’s not much good. And make sure your tuner is calibrated to 440 hertz . I did a big songwriter showcase with six big hit songwriters once, and only one of them was in tune. Because of the two previous factors. 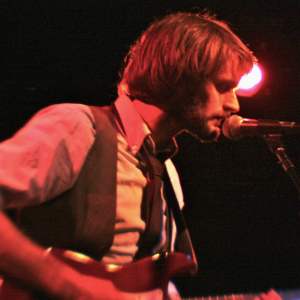 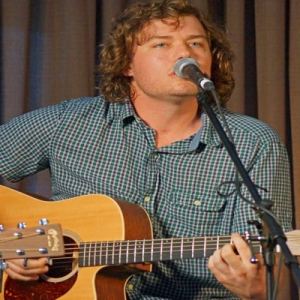